On Display in Delhi Now, a Central Vista to Criminal Negligence

While India counts its dead, the country's leaders are busy building monuments to their own glory.

The Central Vista project is proceeding at full speed despite the pandemic. Photo: Twitter 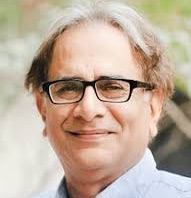 A World Health Organisation report in early January 2020 confirmed that a cluster of people in Wuhan, China had the respiratory illness called COViD-19. By month end, the first case had also appeared in India.

At the time, the formal proposal for the Rs 20,000-crore Central Vista project and the new parliament building was being pushed through its bureaucratic hurdles, so the government’s attention was on other things.

By early February, however, more cases began to appear in Kerala, Maharashtra and elsewhere.

But at the time, preparations were on to receive US President Donald Trump for a three-hour, Rs 100 crore ‘Namaste India’ reception in Ahmedabad’s newest and largest cricket stadium. Decorative palms were being planted and roads resurfaced for an additional Rs 500 crore.

In late February, COVID-19 cases began to rise. Travellers from Italy and Saudi Arabia infected small groups of Indians, and the first official COVID-19 death appeared in the papers. By then novel coronavirus was already recognised as a public health problem in Europe. India too was in its sights. But in New Delhi, a crucial project was underway. Land-use and zoning changes for the Central Vista buildings were being rushed through the clearing process to hasten the construction timeline.

With rising COVID-19 numbers, the official count reached 11,000 in early March. Delhi recorded a doubling of confirmed infections, with the government making a point to link many of them to the Tablighi Jamaat congregation. Nizamuddin was declared a COVID-19 containment zone just when a public petition against the Union of India was filed in the Delhi high court cataloguing violations of land use norms pertaining to the Central Vista project.

With infections growing, the prime minister announced on March 24 a complete countrywide lockdown for three weeks. The COVID-19 spread was so serious it needed draconian measures. However, within this lockdown period the new parliament building was granted environmental clearance, and a tender for its construction awarded. All this, while hungry and distressed migrants were exiting cities on foot.

With cities physically closed, the Reserve Bank of India forecast a grim picture for the economy, stating that the lockdown’s impact would be felt on industry, businesses and employment for a long time. In another TV broadcast, the prime minister proposed a national candle light vigil on the evening of April 5. All across India, people appeared on balconies, lit diyas and burst crackers. Coronavirus cases jumped two weeks later to a new high of 18,000. By the time of the third official lockdown in May, the number of infections had reached 100,000, with 5,000 deaths.

Soon after, the country began its Unlock phase.

By July 1, in the second phase of Unlock India, the infected number crossed 600,000 with 18,000 deaths. Ground-breaking ceremonies for the BJP’s Ram Mandir project in Ayodhya took place the following month. The prime minister led the bhoomi pujan ceremony, thus marking the formal start of construction for the Rs 1,100-crore complex.

At the time, the government also issued instructions for the building of 150 new medical oxygen generation plants, and upgrades for ICU beds in public hospitals across the country. No great ceremonies were held, no VVIPs were wheeled out.

This was also the time the Rs 12,000 crore Char Dham highway proceeded into the final phase  construction of the 700-km roadway connecting Kedarnath, Badrinath, Gangotri and Yamanotri.

In October, the government announced that according to its mathematical model, the pandemic had peaked and should now steadily decline. Just when a new mutant variant was detected in India, barricades were being set up all along India Gate for the start of construction of the Central Vista buildings. In December, the Agra Metro construction was also inaugurated.

Early this year, the WHO warned of a second wave. But with numbers beginning to fall, the government announced that India had successfully managed to defeat the virus. At Davos, the prime minister even claimed that India had solved its own problems and helped the world fight the pandemic. And before long, the country plunged into what it does best: elections, religious festivals, political rallies and weddings – events that invite big crowds in contained places. Millions of pilgrims were exhorted to attend the Kumbh Mela in Haridwar; rallies were mounted in the multi-phased Bengal elections. Clubs, markets, restaurants and malls opened.

Then on April 5, a sudden spike of 100,000 new infections hit the country. Case numbers increased every day, rising four days later to one million. Hospitals went into overdrive. Still, there was no sign of the new oxygen plants; except for Maharashtra and Karnataka, no state had upgraded its public health facilities.

Ten days into the lockdown in Delhi, when all outdoor construction activity was banned, the Central Vista project proceeded as an essential service. The CPWD invited bids for three ministry buildings at Rs 3,408 crore the day India recorded the highest surge of infections in the world.

On May 5, the figure reached 21 million, with 230,000 deaths. Reports from crematoriums across India suggest the real number could be five times that.

Gautam Bhatia is a Delhi-based architect and sculptor.