There is a widespread impression that the last few CAGs who have been appointed have been close to the political leadership and thus may not raise uncomfortable issues which could embarrass the government in power. 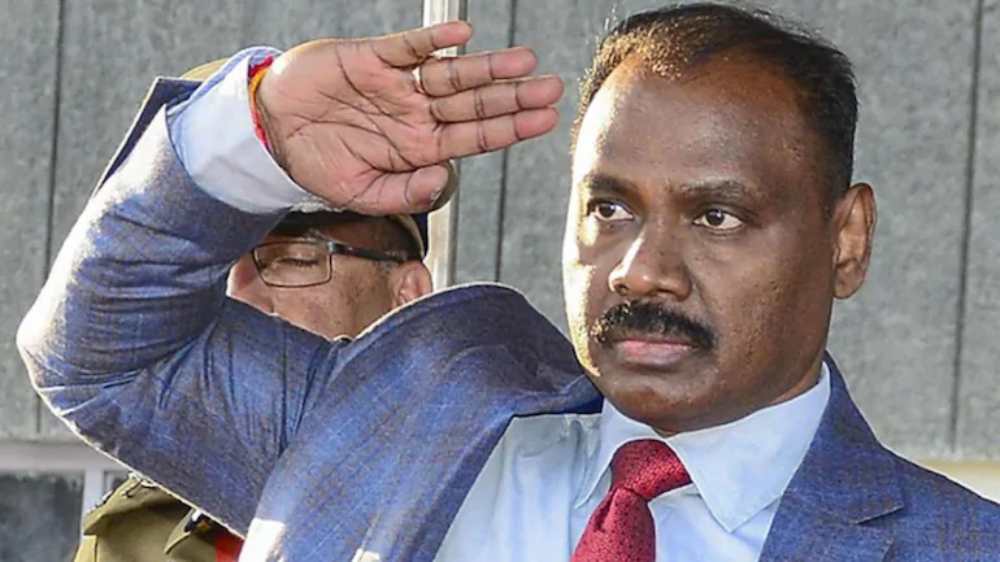 The appointment of G.C. Murmu as the Comptroller and Auditor General (CAG), without following a transparent process of selection, has come as a great disappointment to citizens of the country, who have faith in parliamentary democracy. Murmu has no professional experience in audits and accounts.

The CAG is the principal instrument for enforcing the executive’s accountability to the parliament, and for this reason has been given an independent position under Articles 148 and 149 of the constitution, so that the CAG can function without fear or favour. Dr B.R. Ambedkar, the architect of the Indian constitution, called the CAG one of the most important functionaries of the constitution, as important as the judiciary. Dr Rajendra Prasad, chairman of the Constituent Assembly and first president of the country, had observed, “[The CAG] has the power to call to account any officer, howsoever highly placed, so far as state moneys are concerned.”

The CAG submits audit reports to parliament, which in turn sends them to the Public Accounts Committee (PAC) for detailed examination. Therefore, parliament and the PAC are the two most important stakeholders in the independent and efficient functioning of the CAG. Ram Naik, as chairman of the PAC in 1996, had taken up the matter with the president and prime minister, and suggested that the prime minister and leader of opposition in the Lok Sabha should jointly select the CAG.

Also read: The Process of Selecting the CAG Cannot Evade Accountability – Like it Has

Murli Manohar Joshi, as chairman of the PAC, while presiding over a conference of state PACs, had recommended that a selection panel may be constituted to shortlist the names of eligible candidates and the executive’s role in the CAG’s appointment be minimised, if not altogether eliminated. These recommendations were reiterated by K.V. Thomas during his tenure as chairman of the PAC in 2015, and it was suggested that the PAC be consulted in appointment of the CAG.

India is perhaps the only democratic country in the world where the executive enjoys the exclusive power of appointment of the CAG, violating the canon that the position enjoy ‘independence from the executive’.

In the UK, whose parliamentary traditions we follow, the hundred-year-old Exchequer and Audit Act was amended in 1983, and a provision has been made that the CAG will be appointed only after an address is presented in the House of Commons by the prime minister acting in agreement with the chairman of the Committee of Public Accounts. Before the recommendation is made, a high-level search committee under the chairman, Committee of Public Accounts selects the suitable candidate, after issuing an open advertisement.

Also Read: The Controversial Record of a Modi Aide Who May Head the Enforcement Directorate

Commonwealth countries such as Australia, Canada and New Zealand have adopted procedures similar to Britain, and the auditor general is appointed on the recommendation of the Committee of Public Accounts and approval of House of Representatives. In the US, the president appoints the head of the General Accountability Office on the advice and consent of the Senate, which makes recommendations after taking into account recommendations by a commission consisting of members of the House of Representatives as well as the Senate.

Countries with widely divergent political systems such as Germany, Japan, South Korea, Thailand and South Africa all have legal provisions that the head of the supreme audit institution will be appointed with the approval of one or both houses of parliament.

Unfortunately in India, the executive has acquired unfettered powers to appoint the CAG. This power has come into sharper relief in recent years as there is a widespread impression that the last few CAGs who have been appointed have been close to the political leadership and thus may not raise uncomfortable issues which could embarrass the government in power. A controversial case was the appointment of Shashi Kant Sharma as CAG in May 2013 by the UPA government. Prior to his appointment as CAG, Sharma was defence secretary and handled several sensitive cases. Several eminent citizens filed a PIL in the Supreme Court, arguing that his appointment should be declared void on grounds of conflict of interest, but the court refused to intervene.

In July 2017, just before a new CAG was to be appointed, Common Cause and the Indian Audit and Accounts Retired Service Officers Association submitted a memorandum to the prime minister and finance minister pleading for an objective and transparent criteria for appointment of the CAG, which should respect the norms of institutional integrity. But the government went ahead and appointed Rajiv Mehrishi, an IAS officer who had just retired as home secretary, without following any criteria. It was widely believed that this was a post-retirement reward for ‘services rendered’.

Mehrishi’s tenure was marked by a huge decline in the number of audit reports submitted to parliament, as well as state legislatures. It is through audit reports that various irregularities and the waste and misuse of public money is brought to the legislature’s notice, and this forces the government to take corrective action and reprimand departments/officials who have violated canons of financial propriety. Knowledgeable sources say that many audit reports and paras which were sensitive were not approved and ‘simply killed’, as they had the potential to put the government in an uncomfortable situation.

Also Read: Where the Modi Govt Scores and Where it Doesn’t in CAG Report on Rafale

Murmu’s appointment once again raises the question of why a generalist IAS officer is being made the CAG. Can a person with no knowledge and background of audits and accounts give leadership to the complex responsibilities of the Indian Audit and Accounts Department (IAAD), which is a vast set-up with over 46,000 staff and 135 offices spread all over the country? At the senior management level, it has over 500 officers belonging to the Indian Audit and Accounts Service, with seven posts of deputy CAG, equivalent in rank to secretary to government.

The IAAD is responsible for proper and efficient management of Central and state government finances, public sector enterprises and public-funded institutions. It has to conduct evaluations on the entire gamut of government functioning, such as lapses in defence deals and mega-contracts, evasion of tax, poor outcome of development schemes and malfeasance on the part of public officials causing loss to the exchequer.

The CAG’s job needs a great deal of expertise, which comes from years of grind and experience to perform the task efficiently. The continued appointment of ‘outsiders’ as CAG, ignoring the claims of the audit department’s own top management, who have given a whole life of dedicated service, has a demoralising impact on the entire department and has severely lowered its efficiency.

The questionable manner of appointment for this important job, responsible for proper management of the nation’s finances, seems to show that the government’s promise of good governance is simply empty rhetoric. It is time the Indian parliament asserts itself and enacts legislation, placing the CAG’s appointment on sound footing, outside the purview of the executive.