Faced with a tight economic situation, the BJP government needs a friendly government at the Centre.

Bhubaneswar: The Naveen Patnaik-led Biju Janata Dal’s secular image seems to have taken a severe beating following its open support in parliament to the controversial Citizenship (Amendment) Bill, which has since become an Act.

Even though Patnaik mounted a quick damage control exercise by assuring a delegation of Muslim leaders last Friday that they have nothing to fear, either from the amended Citizenship Act (CAA) or the move to implement the National Register of Citizens (NRC) across the country, members of the community appear far from satisfied.

Sahirul Haque, a prominent Muslim leader from Balasore, said, “It is not about the CAA or the NRC, it is about how they are implementing all this. They are not being fair because they have a hidden agenda. That is what makes us suspicious. No amount of assurance can allay our fears. The BJD’s support for the Bill in parliament shows that secularism is just a political slogan for the party to secure minority votes.”

Sahirul begged to differ from Mohammad Abdul Bari, president of “Chouda Mahala Muslim Jamat”, an apex body of Muslims in the coastal region, who had led the delegation that met the chief minister on Friday. Following the meeting, Bari had said that community members had been assured by Patnaik that there was no need for Muslims to panic. “This is pure politics. First you lend support to a controversial piece of legislation and then dole out assurances to people who are likely to become its victims. Secularism as an ideal is in danger in this country,” he said.

While Muslims are angry, it is now clear that the BJD’s support for CAA was a political trade-off aimed at bailing the state out of a tight economic situation. Reliable sources say that with revenue generation from different sources, especially the mining sector – the biggest contributor to the exchequer – not being satisfactory, the government is struggling to keep many of its welfare schemes going. It needs generous assistance from the Centre, not only to keep these schemes going, but also to compensate for the losses sustained in cyclones like Fani which had hit the state in May this year. 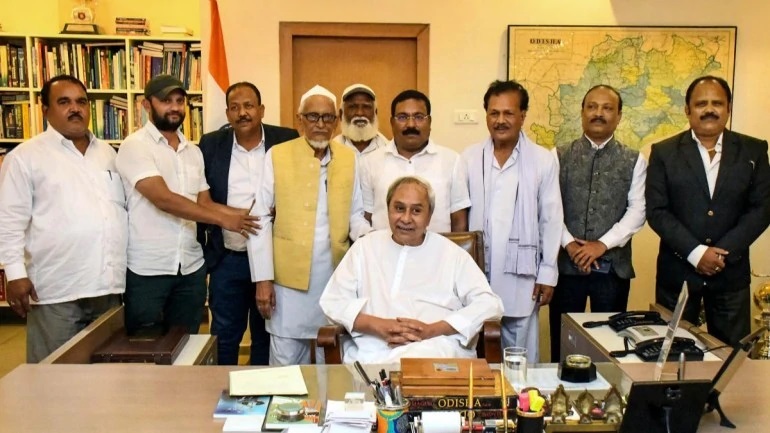 Naveen Patnaik meets with representative of the Muslim community.

Panic on the economic front

Signs of panic on the economic front are clear, with the state government already reducing financial assistance to farmers under the Krushak Assistance for Livelihood and Income Augmentation (KALIA) scheme to Rs 4,000 per annum from the initial Rs 10,000. Farmers will get the Rs 6,000 from the Centre’s Pradhan Mantri Kisan Samman Nidhi (PM-KISAN). Previously, the Odisha government was reluctant to tag KALIA with PM-KISAN, because the former had fetched it handsome votes in the recent elections.

“The financial crunch has forced them to agree to the convergence of KALIA with the Centre’s scheme, though it is like losing face. Similarly, the Biju Pucca Ghar Yojana and the PM Awas Yojana are likely to be hyphened soon. The chief minister needs a friendly Centre,” explains Anand Mishra, a veteran political analyst.

The change in the BJD’s attitude towards the BJP-led NDA government at the Centre became clear soon after the elections. Many notice growing bonhomie between Prime Minister Narendra Modi and CM Patnaik. The BJD has supported a number of controversial moves by the Centre, like the triple talaq Bill and the dilution of Article 370.

The BJD, which has been following an avowed policy of “equidistance” from the BJP and the Congress, has showed a lot of flexibility in its approach towards the saffron party in the past as well, when it supported the candidature of Ram Nath Kovind in the presidential election of 2017. It also staged a convenient walk-out in the Lok Sabha ahead of a no-confidence vote against the Centre in 2018. Before that, it had backed the controversial Mines and Minerals (Development and Regulation) Amendment Bill, 2015, helping its passage in the Rajya Sabha.

Patnaik was also among the few chief ministers to welcome demonetisation and to extend support to the controversial Goods and Services Tax (GST) when it was facing flak across the country. But in those days, the BJD was also critical of the Centre on issues like the Mahanadi water dispute and the Polavaram controvesy. It had even held a farmers’ rally in Delhi last January to demand a hike in the minimum support price (MSP) of paddy. 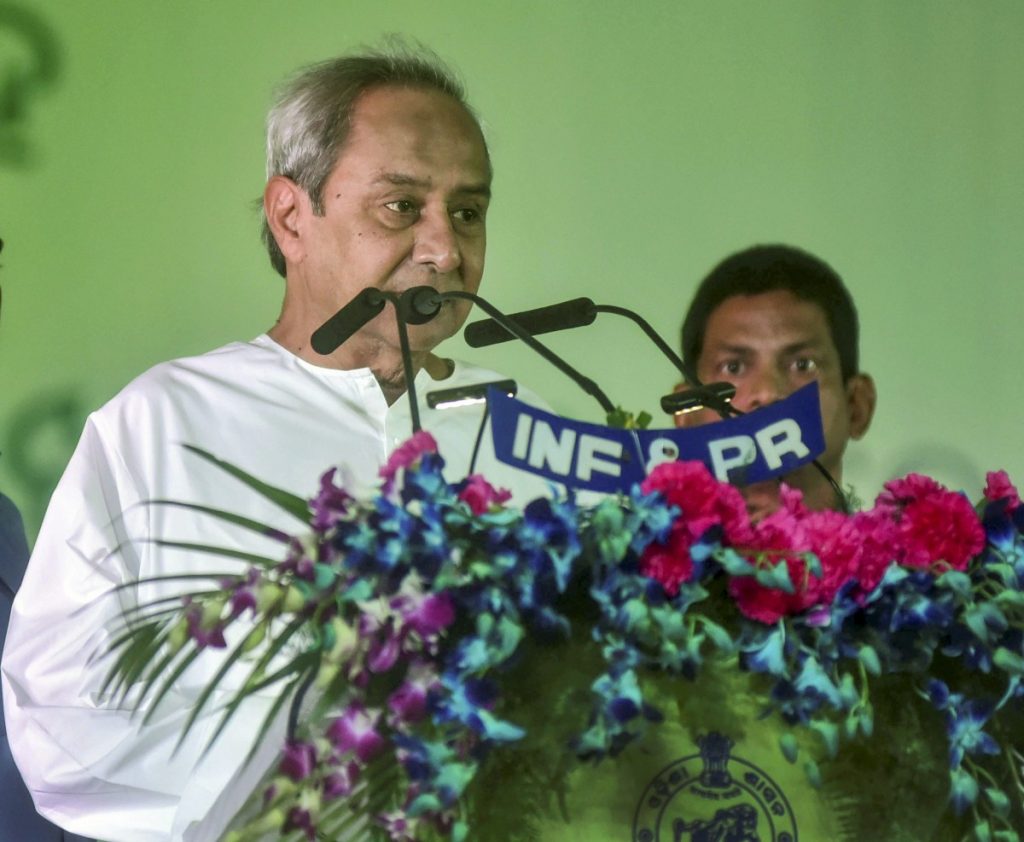 Completely friendly towards the Modi government

But post the 2019 elections, the party seems to have become completely friendly towards the Modi-led Centre. The party’s support for CAB has come as the latest proof that it is now ready to make all kinds of compromises to protect its own interests. The gains from this compromise have already started flowing, with the state receiving Rs 3,338.22 crore as assistance for rebuilding and restoration work in the areas damaged by cyclone Fani and then getting Rs 5,934 crore from the Centre under CAMPA (Compensatory Afforestation Fund Management and Planning Authority) programme, perhaps the highest allocation under this head to any state.

“Fears of the CBI accelerating its probe into the chit fund scam is another reason why the CM is trying to curry favour with the Centre. The probe has already slowed down. With Modi on his side, Patnaik can sleep in peace,” said Mishra.

Congress veteran and former minister Ganeswar Behera described the BJD’s slogan of secularism as a “sham” and slammed the chief minister for kowtowing before Modi. BJP Lok Sabha member Suresh Pujari sprang to the defence of the regional party. “For once, the BJD is behaving in a mature manner. It seems to have given up the facade of pseudo-secularism. This is a healthy sign because on issues of national interest, we must rise above political considerations,” he said.

BJD general secretary Bijay Nayak too appeared unapologetic about his party’s support for the Citizenship (Amendment) Act. “There is no compromise on our ideology of secularism. We are very clear that we will lend support to the Centre on issues of national and state interest. But we are also committed to protecting the interests of our minorities. The chief minister has already assured the Muslim community about this,” he explained.

However, civil society leaders like Biswapriya Kanungo are far from convinced. “There can be no justification for extending support to a legislation that discriminates between human beings on the basis of caste, creed or religion. This is a dangerous trend and we are aghast that a chief minister like Naveen Patnaik, who broke his party’s alliance with the BJP in 2009 accusing that party of being communal, has lent support to this Bill. Our democracy is in peril,” the human rights activist said.