Despite repeated successful trials, the semi-high speed train, which will run between New Delhi and Varanasi, has missed three possible launching dates: December 25, December 29 and January 13.

New Delhi: The ongoing turf war over ‘Train-18’, India’s first indigenously-built train-set, between two wings of the Railways has created a stand-off resulting in the Rs 100 crore train lying idle.

Despite repeated successful trials, the semi-high speed train, which will run between New Delhi and Varanasi, has yet to be flagged off by Prime Minister Narendra Modi.

According to sources within the Indian Railways, it has so far missed three possible launching dates: December 25, December 29 and January 13.

The problem appears to be an inability to resolve a tussle between the mechanical and electrical departments of the national transporter.

The latter has insisted on an ‘Electrical Inspector General (EIG)’ certification for Train-18 launch while the former has refused to oblige, terming the demand as an “intrusion” and something “not required as per the law.”

The Indian Railways officially however denies any such departmental rivalry and maintains that Train-18 is under “procedural evaluation”. However, multiple sources say that this is not true.

One top-rank railway official, who spoke to The Wire, has come out against the delay in launching the train saying “there is no need for any more procedural evaluation as all required tests are being completed extensively”. 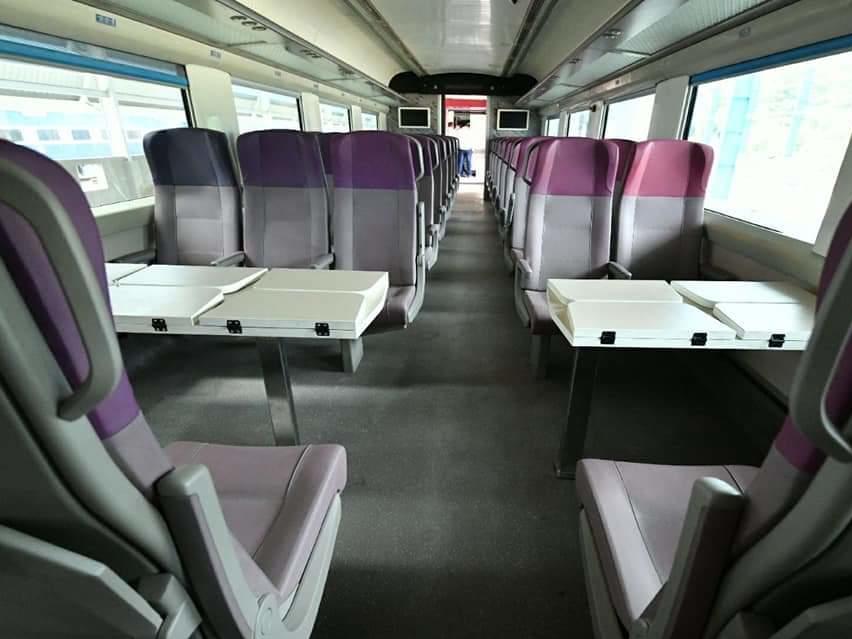 As has been previously reported, the confrontation came to a headway at a Railway Board meeting on January 8.

However, even after that, The Wire has learned, the issue is still on boil with railways minister Piyush Goyal favouring the EIG.

Also read: India’s Rail Routes are Being Electrified, But Electric Locos Still Can’t Run On All of Them

In order to resolve the impasse, sources say, the matter was again referred to Research Designs and Standards Organisation (RDSO), the research wing of the national transporter.

However, the RDSO in its letter to the board on January 14, stated categorically that “the need for EIG sanction is not considered necessary in the case of Train-18”.

The mechanical department of the Indian Railways has been primarily responsible for manufacturing the Train-18, which can run at a maximum speed of 160 kmph on existing track, at the Integral Coach Factory in Chennai.

Upset that the train is still lying idle and losing precious revenue, a senior ICF official involved in manufacturing and trials of the train said, “The Train-18 has been tested like no other rolling stock before it.”

The train first got conditional clearance from Chief Commissioner Railway Safety (CCRS) on December 21. While giving its clearance for running the train at a maximum speed of 160 kmph, CCRS sought safety certification from the EIG and recommended, among other safety measures, sturdy fencing of the tracks at vulnerable locations.

However, other railway officials believe this is not necessary.

“The EIG certificate is beyond the ambit of legal provisions. The Indian Electricity Act specifically exempts railway rolling stock from its application. That is the reason such certificates were never demanded and furnished,” said one senior official, who declined to be identified.

The official said the electrical and mechanical engineers were jointly involved in manufacturing the first train-set at ICF and, accordingly, certified that the “train is safe for passengers and all norms have been followed”.

On the EIG issue, the official said “The PCEE is also the Electrical Inspector of ICF, so even though not required by law, his certificate fulfils the EIG certificate requirements.” 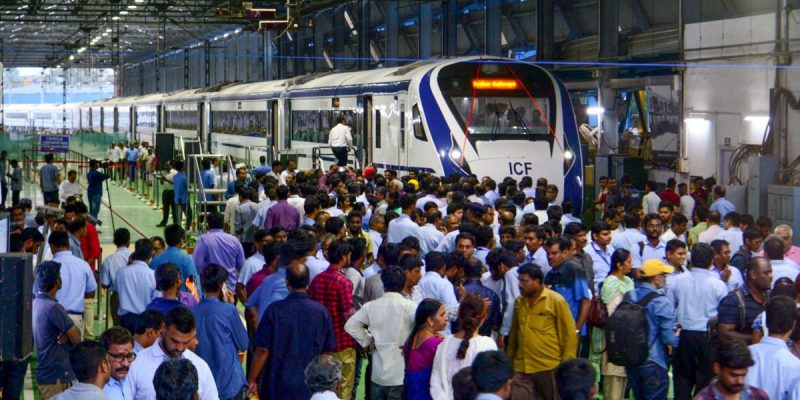 It is said that after Train 18, the focus will now be on Train 20 which is set to replace the plush Rajdhani Express. Credit : PTI

Giving details of trials, he said, this train was tested at three levels, after which it was sent to the Moradabad and Kota divisions for medium and high speed trials.

All trials were concluded on December 6. The Chief Commissioner Railway Safety was approached on December 12 for issue of the certificate with complete documentation. He however subjected the train to a fourth surprise test for speed of 180 kmph and brakes in the New Delhi-Agra section, which he himself witnessed onboard and gave the conditional clearance on December 21.

“Our coaches have been exported to 14 countries and have been accepted with confidence and respect that they deserve. I assure the travelling public that trains built with our indigenous technologies are as safe as any other in the world. It pains me to see that the train is still waiting in the wings where is should have been flying on its wings,” the official told The Wire.

Though electrical department maintains that the EIG is a must as desired by CCRS, the board has powers to overrule the CCRS, as happened in the case of the Gatimaan Express’s operation in April 2016.

For instance, even though CCRS had sought fencing of the track between Delhi and Agra before the commercial operation of Gatimaan Express, the board went ahead with its launch.

The national transporter could do the same for Train-18 but given the tough stand maintained by both sides, it appears that the commercial run will have to wait further.