From 'Avoidable' to 'Necessary': How BJP's Narrative on Fuel Price Hikes Changed

While the BJP had left no stone unturned to attack the previous UPA government on price hikes, it has not made good on its promise to reduce the prices if voted to power. 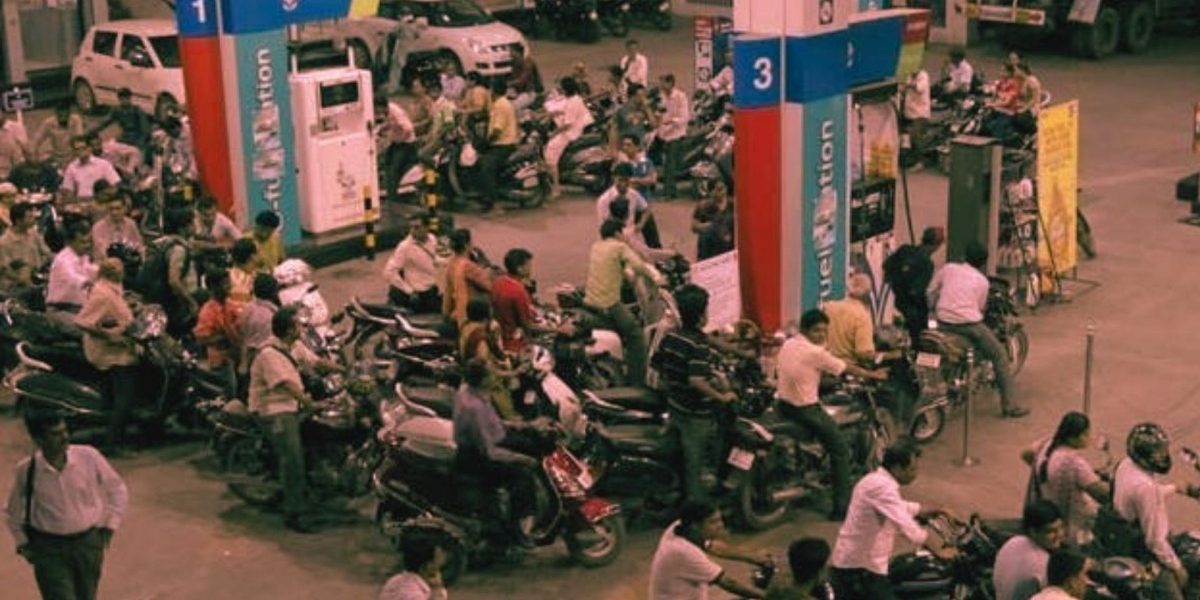 New Delhi: In May 2012, Prime Minister Narendra Modi, then serving as the chief minister of Gujarat, described the steepest fuel price hike ever approved by the then government as “a prime example of the failure of the Congress-led UPA”. The BJP and its leaders left no stone unturned to come down heavily on the Manmohan Singh government on the surge in fuel prices. They also promised to reduce fuel prices if the BJP made it to power.

Years later, the realisation of that promise only appears to be a pipe dream for the citizens given that the Modi government has overseen an unprecedented rise in auto fuel prices.

In the last nine days, the country has seen fuel prices go up eight times. With petrol price hiked by 80 paise on Wednesday, March 30, it saw an increase of Rs 5.60 in a span of a week. A litre of petrol now costs a whopping Rs 101.01 in Delhi.

The diesel prices too shot up in the last week. A litre of diesel now costs Rs 92.27 in Delhi.

Even the price of cooking gas has also been increased by Rs 50. A 14.2-kg non-subsidised LPG cylinder will now cost Rs 949.50 in the national capital.

As several global organisations and opposition parties had forecast, the prices of petrol, diesel and cooking gas rose immediately after elections to five state assemblies concluded. Fuel prices remained frozen for nearly four and half months during the election season.

Congress leader Rahul Gandhi tweeted on March 5, days before the final phase of the election, “Quickly get your petrol tanks full. The ‘Election’ offer of the Modi government is going to end soon.” The tweet was accompanied by a picture of a petrol pump saying “Hike” and “Coming back soon to fuel stations near you”.

BJP over fuel prices before and after 2014

While in the opposition, the BJP had never squandered an opportunity to hit out at the government over price rises, particularly those of fuels, making the issue a major weapon in its attack against the Congress party.

Sample these statements from the BJP and its leaders before they assumed power in 2014:

Narendra Modi on the hike in fuel prices before he took over as Prime Minister.

Union minister Smriti Irani on fuel price hike before her party took over power in 2014.

However, after coming to power the party has not been able to control these prices. Instead of “failure of the government”, the party now blames “disturbance in the global oil flows” for the spiralling prices of fuels.

“Even in 1951, Pandit Jawaharlal Nehru could say that a Korean war can affect Indian inflation… But if today in a globally connected world, we say that Ukraine (war) is affecting us, it is not accepted,” Sitharaman said in Lok Sabha over the issue.

“We have not brought in extra burden. The global situation, a war-like situation is not a time when we are looking at racing. It has nothing to do with election time. If the oil market companies think that they are procuring a 15-day average at a higher rate, obviously we will have to bear,” she added.

While at one level it maintains stoic silence on rising prices, on the other, BJP leaders put out distorted logic from time to time to explain the reasons for prices hitting the roof.

Stoking controversy in October 2021, the then Union minister for petroleum and natural gas Rameswar Teli said the middle class should bear the suffering of high prices to help the government to provide COVID-19 vaccines.

“Fuel prices aren’t high but include the tax levied. You must’ve taken a free vaccine, where will the money come from? You haven’t paid the money, this is how it was collected,” Teli said, much to the chagrin of the government.

In fact, such a narrative has been unabashedly pushed by a number of Union and state ministers of the BJP, much like they did in the aftermath of demonetisation that pushed crores of Indians towards avoidable suffering.

Another defence that the BJP employs to explain the fuel prices is that the previous Congress government left the country’s finances in such a bad shape that the current government has no choice but to keep taxes high on petrol and diesel.

While the Modi government may blame the “international situation” for the rising fuel prices, the fact of the matter remains that his government has kept levying higher and higher taxes even when crude oil in the international markets crashed to all-time lows.

In May 2014 when UPA left office and Modi took power, the cost of the Indian basket of crude oil stood at $113 per barrel. However, within six months by January 2015, the crude oil price fell to $50 per barrel. It also further crashed to $29 in January 2016.

But the Modi government did not slash prices to help customers.

On the contrary, it has only levied higher taxes. According to estimates, the excise duty on petrol and diesel was increased 12 times between May 2014 and September 2017, and furthermore in the succeeding years.

While the COVID-19 pandemic pushed several into penury, the Modi government between March and May 2020 raised excise duty on petrol by Rs 13 per litre and diesel by Rs 15 per litre. In fact, due to the pandemic, the price of India’s crude basket crashed to $19 in April 2020.

Although oil marketing companies are allowed to fix their own prices based on the international scenario, the major reason for skyrocketing prices is due to taxes levied by the Union government and states.

(Quick aside: While the Manmohan Singh government had deregulated the price of petrol in 2010 giving oil marketing companies a free hand, the Modi government had done away with government regulation over diesel prices in 2015.) 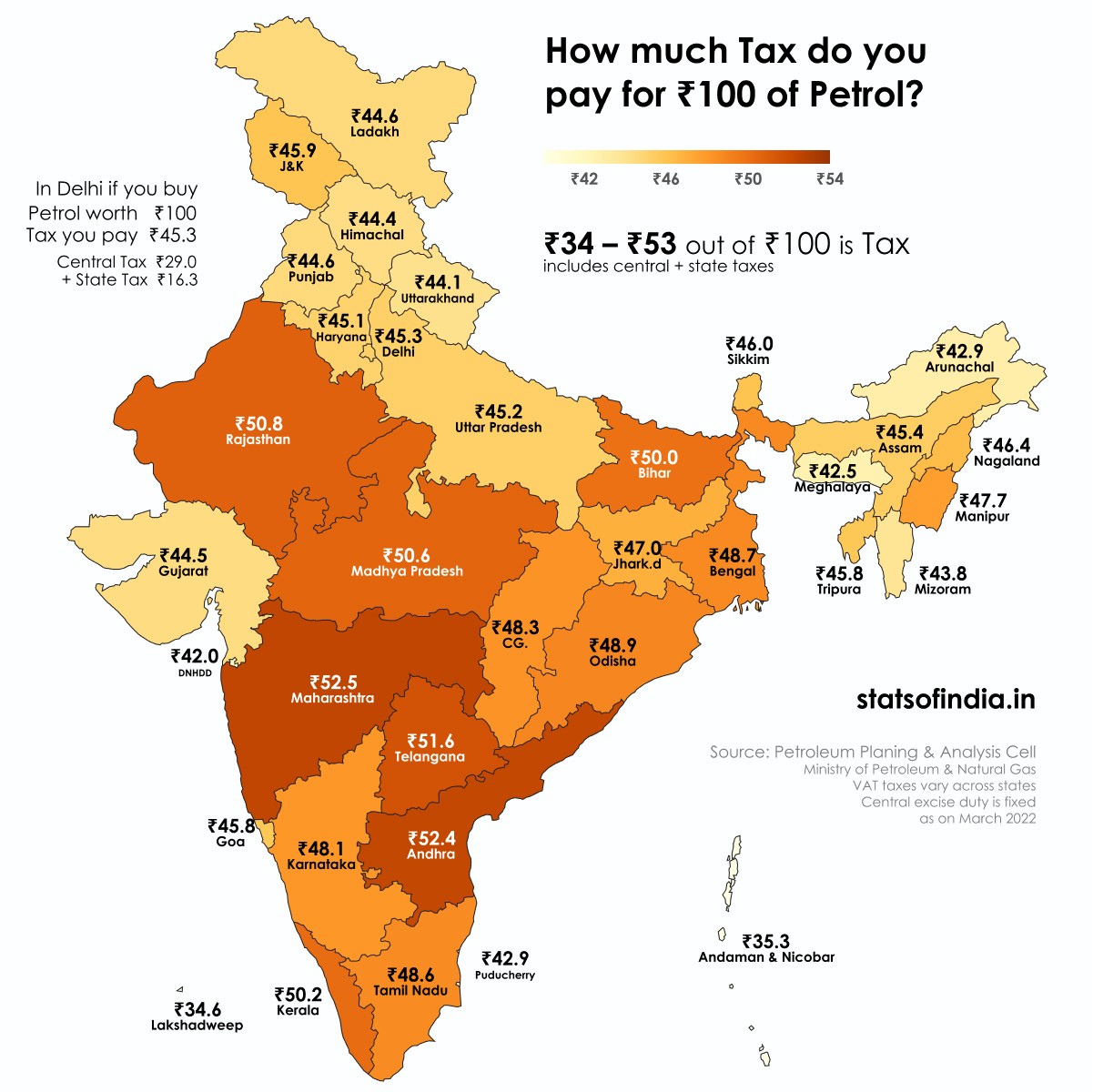