Bihar and Uttarakhand to 'Monitor' Protesters, Could Face Difficulty in Getting Jobs

While the Bihar police warned that those who participate in protest demonstrations and are named in a chargesheet will be given an adverse entry in character verification certificate, their Uttarakhand counterparts will monitor 'anti-national' social media posts. 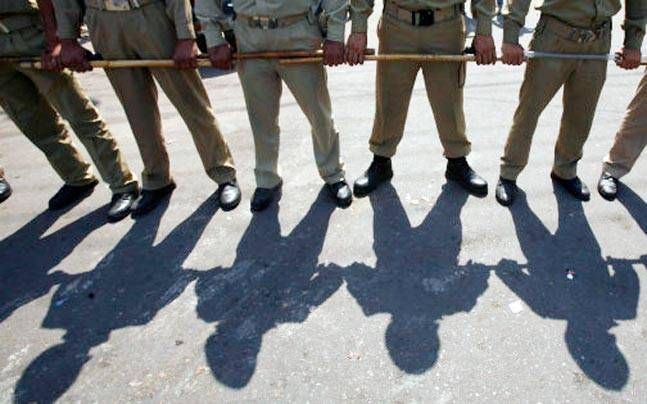 New Delhi: Two circulars issued by the Bihar and Uttarakhand police which could have serious consequences for anybody expressing their dissent have caused concern among civil society and opposition parties.

The Bihar police’s circular warns those aspiring to get government jobs or contracts against participating in demonstrations.

The state’s director general of police (DGP) S.K. Singhal issued a two-page order in Hindi on February 01, which said those who participate in protest demonstrations or disrupt traffic and are named in a chargesheet may find it difficult to get passports, government jobs, financial grants, bank loans or government contracts.

These details will be added in the police verification report, the DGP said. A five-line paragraph, in bold letters, caught the attention of critics.

According to news agency PTI, it roughly translates to “any person who gets involved in road blockades, protest demonstrations or other activities that affected law and order and against whom the police issues a charge-sheet for involvement in a criminal activity, must be awarded an adverse entry in character verification certificate”.

This was preceded by a circular issued by additional chief secretary (home) Amir Subhani, calling for compulsory prior verification of character of vendors before they are awarded any government contracts. This, he said, would ensure that those with criminal antecedents are kept at bay.

“Such people must be prepared for dire consequences since they would stand deprived of government jobs and contracts,” the order added.

According to the Indian Express, the DGP referred to the January 29 circular by Subhani to justify his circular. However, the newspaper reported that that home department’s circular did not make any reference to “criminal involvement” during demonstration and protests.

This order came under severe criticism from opposition parties.

Leader of the opposition Tejashwi Yadav tweeted, “Nitish Kumar competes with Mussolini and Hitler and says whoever exercised the democratic right to stage a protest against the ruling dispensation will not get a job…..how scared is the poor chief minister of 40 MLAs.”

Bihar ADG (headquarters) Jitendra Kumar told news agency PTI that the order does not debar anybody from getting a government job. “It simply states that involvement in any objectionable activity will henceforth find a mention in the police verification report,” he said.

In Uttarakhand, the police have gone one step ahead, saying they will “monitor” and take note of comments made by persons on social media. According to the Indian Express, at a conference of police officers on Tuesday, Uttarakhand DGP Ashok Kumar asked the police to maintain a record of people who post “anti-national” or “anti-social” content on social media.

“Earlier, only FIR was checked, but now a person’s behaviour on social media will also be checked,” he said.

When the Express asked him what would constitute as “anti-national” comments, Kumar said, “Whoever is writing against national unity and integrity, that is anti-national.”

“First, an opportunity will be provided to a person when he makes any such posts by way of counselling. But if a person does not mend his ways, a record of his posts will be maintained. No amendment in any law or rule will be required to start mentioning ‘anti-national’ posts in the police verification,” he added.

The circular has caused consternation since there is no legal definition of ‘anti-national’. This could allow the police to identify dissenters or those critical of the government as “anti-national”, preventing them from accessing jobs or services.

That police in several states are prone to invoking sedition liberally – despite the Supreme Court setting a high-standard – is also a cause for worry.

Recently, the Bihar police’s Economic and Cyber ​​Crime Division issued a letter that said legal action can be taken against people who criticise the Bihar government, its ministers, MPs and MLAs and even government officials on social media.

This was believed to have been done at the behest of the state’s chief minister Nitish Kumar, with critics accusing him of trying to control social media and restrict free speech.