A total of Rs 5,512.60 crore was allocated to the wards under the drinking water project, but less than half was spent. 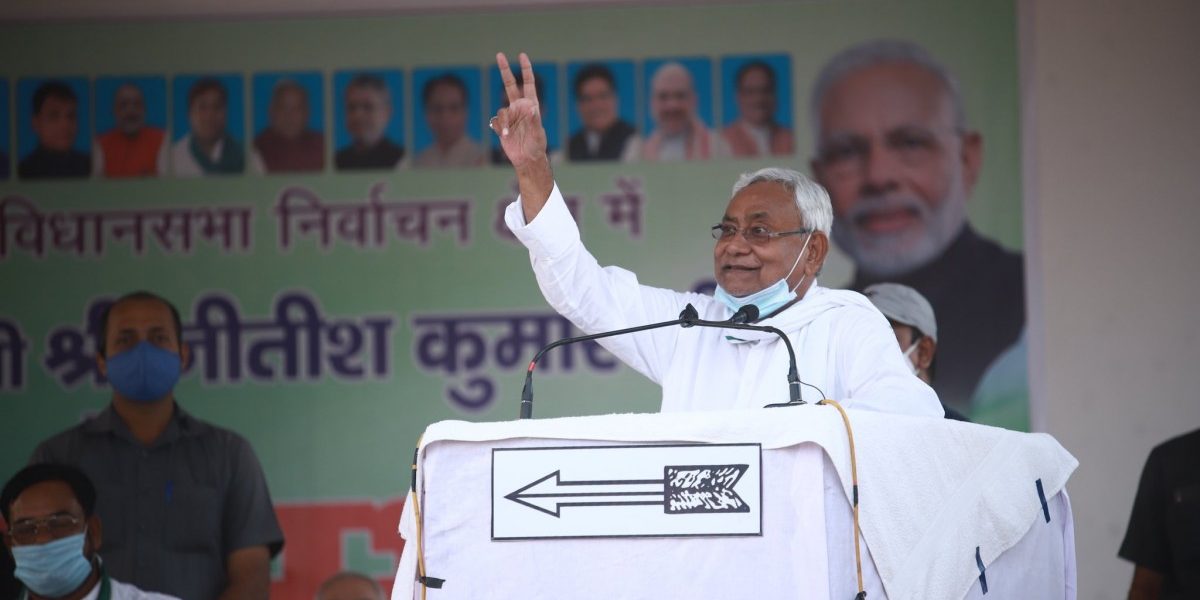 New Delhi: Bearing the brunt of migration, unemployment, floods and poverty for many years, the people of Bihar are exercising their democratic right in the assembly elections currently underway in the state.

The coronavirus-induced lockdown exacerbated their sufferings this year as the government failed to provide migrant labourers with transport services to allow them to return home. As a result, many were forced to cover thousands of kilometres on foot, having lost their jobs and starving to death in some cases.

With such horrific tragedies in the backdrop, political parties are making all sorts of promises to the electorate which include food, water, housing and even free coronavirus vaccines.

That people’s basic needs are promoted as electoral promises is ridiculous. It only goes to show how India lags in terms of development even 73 years after independence.

The incumbent Janata Dal (United) government in Bihar had launched the Saat Nishchay, or Seven Resolves, Programme in 2015, under which development work on drinking water, public toilets, women’s empowerment, etc. was undertaken. The programme was at the heart of policies formulated during Nitish Kumar’s tenure.

Terming the earlier programme a success, the Nitish government has announced a sequel, called Saat Nishchay Part 2. As part of the programme, seven promises have been made under the heads of irrigation, cleanliness, health facilities and more.

Addressing a rally on October 19, chief minister Nitish Kumar said, “The promises of drinking water supply and toilets in every household, pucca roads in every village, and pucca drains and lanes, have almost been fulfilled. The remaining promises will also be delivered soon.”

“We have decided that if the people give the mandate in our favour, we will provide water supply for irrigation to every field. No place will be left without water. Hundred percent electrification is nearly complete. Now, we will install solar lights in every village. Even if you turn off the lights at home, you will never be in the dark,” Nitish added.

The opposition has, however, negated these claims, alleging that the benefits of the scheme have not reached the grassroots level and calling it a high-profile scam. A poster for the Saat Nischay programme.

Have such programmes improved the situation in Bihar? If not, do the allegations levelled by the opposition parties hold any truth?

To fulfil the target of the Saat Nischay programme, the state government implemented the following four schemes separately focusing on urban areas, rural areas and areas with poor water quality:

In all areas, except urban areas, the Panchayati Raj department has been given the responsibility to implement the programme. The scheme was kickstarted on September 27, 2016.

Under the first scheme, piped supply of clean drinking water was to be provided to households in all the wards of 5,013 gram panchayat areas where the water quality is not affected.

The scheme was to be implemented in all the gram panchayat wards. However, according to the data available on the website of the Panchayati Raj Department, this scheme was rolled out in 59,730 out of 1,14,737 wards across 38 districts of the state.

Under the programme, a total of 63,728 projects (co-plans) were to be carried out in these wards, out of which only 8,899 works have been completed.

As such, only 14% of the total projects allocated in rural areas under Bihar government’s clean drinking water scheme has been completed.

According to the data provided by the department, only 26,028 projects have been inspected, which is about 41% of the total allotted works. At present, 14,352 works are in progress under the scheme.

If one looks at the district-wise figures, no work has been started in the last four years for piped supply of clean drinking water to each household under the aegis of ‘Har Ghar Nal Ka Jal’ in Araria, Katihar, Kishanganj, Khagaria, Purnia, Madhepura, Supaul and Saharsa.

As far as other districts are concerned, there are a total of 867 wards in Arwal, and only 675 projects were allotted in 646 wards. Out of these, only 54, that is 8%, have been completed.

Similarly, there are 2,851 wards in Aurangabad district, and 1,988 projects were proposed in 1941 wards. However, only 505 works have been completed.

According to Panchayati Raj Department data, there are a total of 4,573 wards in Gaya, where 2,964 projects were allotted for 2,787 wards under the clean drinking water scheme. But only 146 projects were completed while 447 were inspected.

There are 4,355 wards in the high-profile Patna district. But 2,699 projects were started in 2,560 wards, out of which 189 have been completed. The rest of the districts also face a similar situation.

According to the state government, a total of Rs 8,373 crore was allocated for the scheme to be spent in four years, out of which Rs 3,068 crore was to be used from the State Development Plan fund.

However, according to data from the Panchayati Raj Department, a total of Rs 5,512.60 crore was allocated to the wards under the drinking water project while only Rs 2,525.15 crore has been spent, which is less than 50% of the allocated amount.

The wards still have the remaining amount of Rs 2,987.44 crore under the scheme.

Similar to the clean drinking water supply resolve, Nitish had announced another project for providing drains to every household and by-lanes in all villages and towns.

Under this project, all habitations of the state without a link were to be linked with pucca roads, in addition to the construction of a drainage system and by-lanes in all villages and towns.

Three schemes were proposed by the state government to fulfil this:

However, according to the data of Panchayati Raj Department, projects were started under the scheme in 74,986 wards only. A total of 2,12,551 co-projects were allotted but only 89,201 projects were completed. That’s about 42% of the total projects assigned.

In the matter of inspection, the scheme is lagging far behind. According to the department’s data, only 27,815 works have been inspected, which is only 13% of the total number of projects.

Unlike the drinking water supply scheme, this scheme was started in all districts but the pace of the project is quite slow.

For example, a total of 7,939 projects were started in 2,780 wards of Araria district. However, only 2,576 projects have been completed, which is less than 30% of the allotted projects. In addition, only 12 projects among these could be inspected.

A total of 5,296 projects have been approved in 2,841 wards of East Champaran district, out of which only 418 works have been completed and 234 inspected.

The situation is no different in other districts, the data reveals. In Begusarai, for instance, 11,329 projects were approved under the Nali-Gali scheme. However, only 7,115 projects were completed while only 1,671 were inspected.

What is Saat Nischay Part 2?

Nitish Kumar is facing flak for his mismanagement of the lockdown, as well as for the failure of his government to provide transport facilities to migrant labourers during the lockdown, increasing rate of unemployment in the state, deteriorating healthcare system and the devastation caused by recurring floods.