The two are often equated and while there are similarities, like both relate to the timely delivery of public services by the government and both have digitised databases, there are some critical fundamental differences.

People stand in queue to deposit or exchange 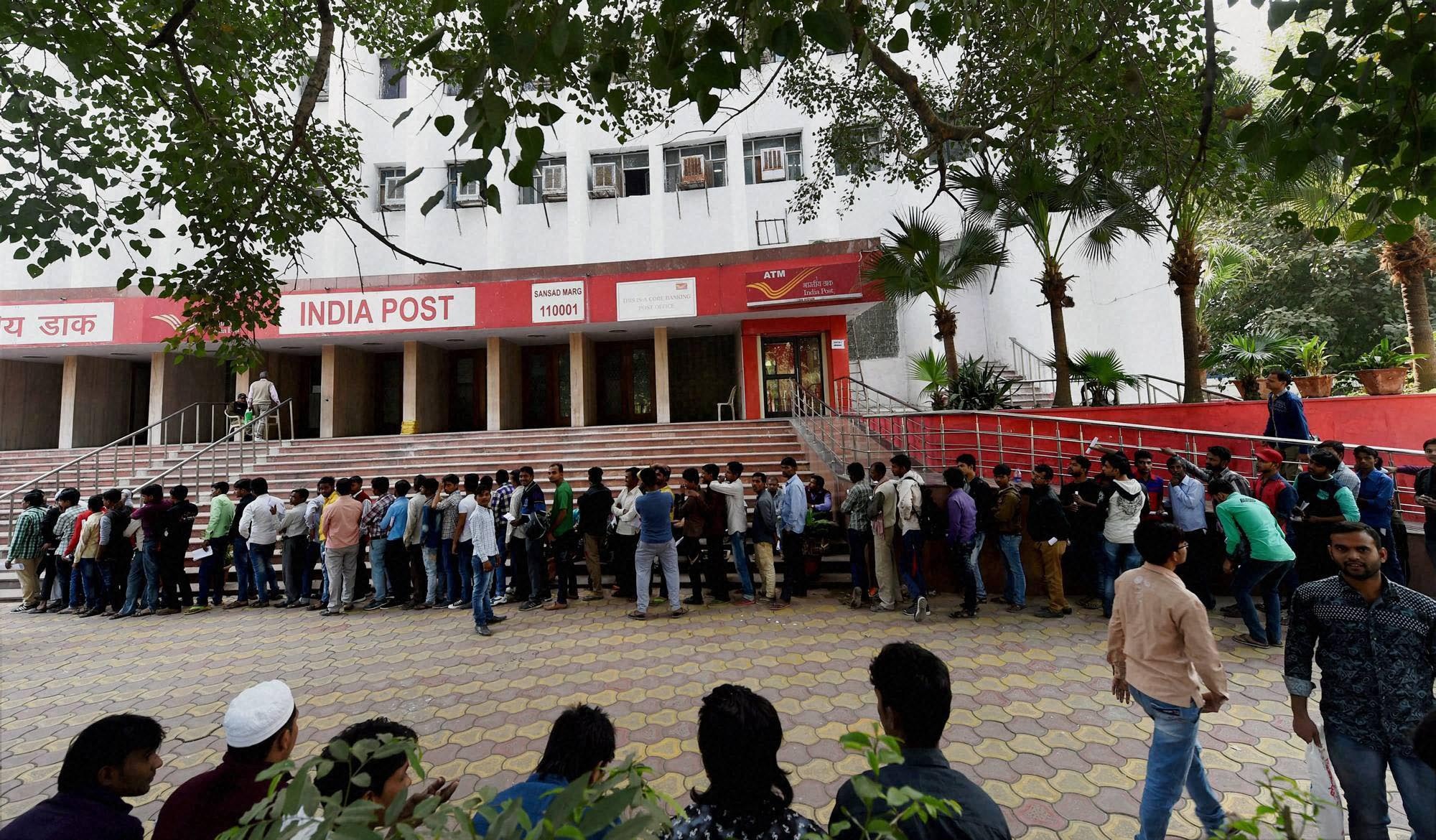 People stand in queue outside a post office in New Delhi. Credit: PTI

The Right of Citizens for Time Bound Delivery of Goods and Services and Redressal of Grievances Bill, advocated by the National Campaign for Peoples Right to Information, sought to address this legislative gap. This Bill was introduced in the Lok Sabha in 2011 and subsequently lapsed. According tonews reports, the present government plans to introduce a Delivery of Services and Grievances Redressal Scheme – 2015 and not a legal entitlement to redress.

This legislation is often equated with the public service delivery laws in states. On the surface, there are similarities between the two, which gives rise to the confusion. Both relate to the timely delivery of public services by government agencies, both have digitised databases, appellate mechanisms and penalties on erring officials. However, there are critical differences in the fundamental architecture.

Timely service versus timely redressal of a complaint

The right to a service, under the Public Services Act, is defined as the designated public servant providing a notified service within a time limit. So for example, the law notifies that pension applications are to be processed by the block development officer (BDO) within 21 days. This means that when I file an application for an old age pension, I have statutory backing that the application has to be processed within three weeks. However, if I don’t get it on time, have to pay a bribe, or I feel the pension is too low, these issues are not covered there.

The right to public grievance redressal, on the other hand, means the right to file a complaint, for it to be heard, to be redressed and to get information about the decision of redressal within a time frame. So if the postmaster siphoned off my pension money, then I can file a complaint under the Public Grievance Redressal Act and expect redress within the time frame of 60 days.

As a citizen I have a legal right under the Public Service Act only if I am eligible for a particular service. But any citizen can use a Grievance Redress Act. Given that the bulk of issues on welfare benefits relate to wrongful exclusion, this is an important distinction to note. For example, if I have lost my below poverty line card and cannot demonstrate eligibility for an old age pension, I have no legal recourse under the Public Services Act. However, I can use the Public Grievance Redress Act to file a complaint on my lost card, and ask for my pension application to be considered.

Department coverage versus all public authorities

The Public Service Act covers officials who are in any case tasked with implementing the programme or delivering the concerned service to the public. The Grievance Redress Act on the other hand, creates the position of a Public Grievance Redress Officer (PGRO), who is independent from the implementing departments. So for example, if the BDO is sitting on my pension application and not processing it, as per the Public Service Act, I can then approach the appellate authority within the department, who will be the supervisor of the BDO. This is likely to not lead me anywhere. Under the Grievance Redress Act, I can now approach someone outside the department, who is senior to the BDO and who has the powers to summon them and hear out my complaint, thus increasing the chance of redress.

Onus on citizen versus facilitation by the state

Under the Right to Public Service, the citizen has to do all the leg work and running around, of putting together their papers and documentation, to be filed with the department. The Grievance Redress Act however, introduces the much-needed concept of facilitation. Information and facilitation centres have been set up at the sub-district level, which are staffed to help people fill out their complaint forms and submit them to the PGRO. At the time of filing a complaint, the citizen only needs to state the grievance, and not provide any further documentation of proof, neither does she have to specify which department and which officer is responsible for this. This is a hugely progressive move, as citizens cannot be expected to be knowledgeable about department processes and role-responsibilities.

Unlike any such provision in the Public Service Act, the Grievance Redress Act provides for the right to a hearing. The PGRO, summons the concerned person in the government department, as well as the citizen and hears the complaint out face to face. This has been shown to be very effective in bringing about greater accountability and speed of resolution.

As the only state with service delivery and grievance redress laws, Bihar has introduced some mechanisms through a legal framework that are genuinely citizen friendly. If made to work, these could offer citizens some reprieve from a broken and unaccountable system of service delivery.

However, there are several areas where the law can be improved. The national legislation, which was approved by a parliamentary standing committee has many more progressive measures. These include setting up the facilitation centres at the block level so that more people can use it. Coming to the sub-district level has obvious opportunity costs for citizens. Secondly, instead of each department notifying services, there should be clearly defined job charts and citizen charters of each public department for each public function. Violations to those should be considered as a complaint or grievance. Thirdly, it is essential that the appellate structures are independent to the department. While this law creates an independent PGRO, there is also the need for independent appellate mechanisms and an independent state level commission. The state information commissions, under the right to information (RTI) law are an example for this architecture that is working fairly well for citizens. Lastly, apart from penalties, there is a need to also compensate citizens who have followed the due process to get their service, but have been denied and shunted about the place.

Both laws in Bihar have put in place digitised systems to file and track applications and complaints. In both, the citizen receives some kind of tracking ID, by which they can log in and see the progress of their application or complaint. However, the overall information system on the performance of these laws is missing form the public domain. Given that the laws relate to public services and are widely used by citizens, it is also essential that citizens have a stake in the overall policy design and monitoring of such a system. To do this, the first step would be put out publicly the management information systems of the functioning of these laws. This would include all the information that is being collected and tracked by the state, such as adherence to timelines, pendencies at various department and official levels, penalties charged and so on.

The lessons from RTI are at our disposal. The department of personnel and training and state information commissions have ordered that all RTI requests and replies should be in the public domain, as it relates to a public matter that should any way have been proactively disclosed by the public authority. The presence of information on the working of the public service and public grievance redress laws, in the public domain, will increase peoples understanding of their provisions, and built their ability to use and monitor it.

To conclude, there are fundamental differences between public service delivery laws and a comprehensive grievance redress architecture. While the former attempts to streamline existing processes within a department, a grievance redress law goes into the very DNA of our public administration. Envisioned and executed properly, it could bring about greater accountability in our systems, which are severely citizen unfriendly. Building on the lessons of the RTI, which brought in a culture of transparency in the government, a grievance redress law seeks to do much more than just public service delivery, but bring in greater accountability overall.

Inayat Anaita Sabhikhi is a fellow of Tata Institute of Social Sciences, and works in Bihar and Jharkhand on social welfare entitlements.