Bhopal Gas Disaster Survivors to Use Portraits of 'Missing' Modi, CM in Campaign for Demands 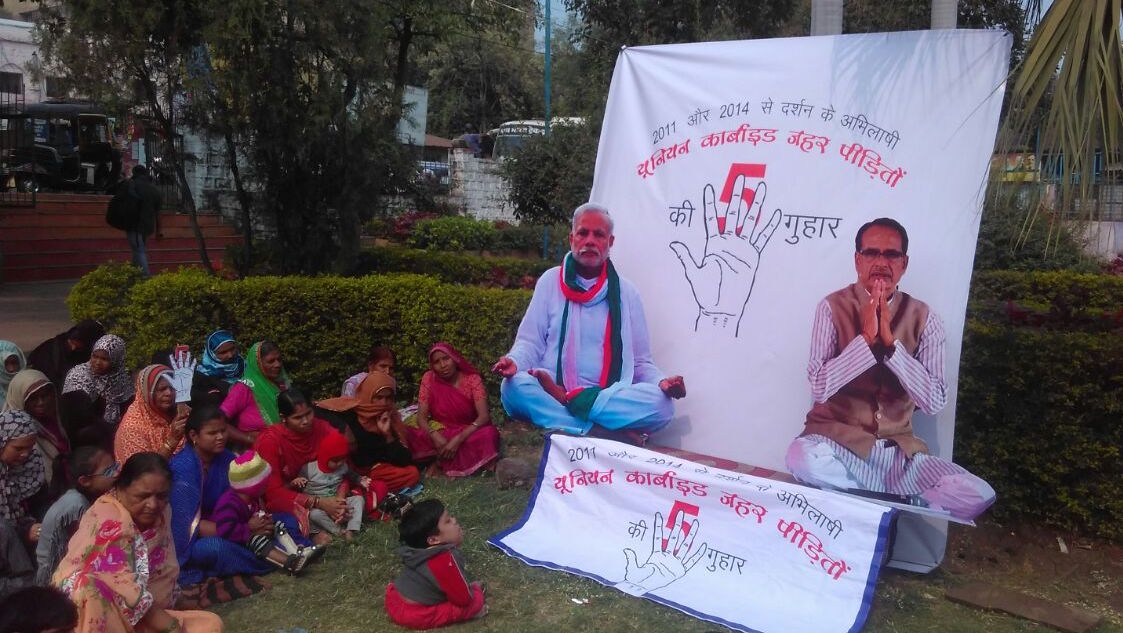 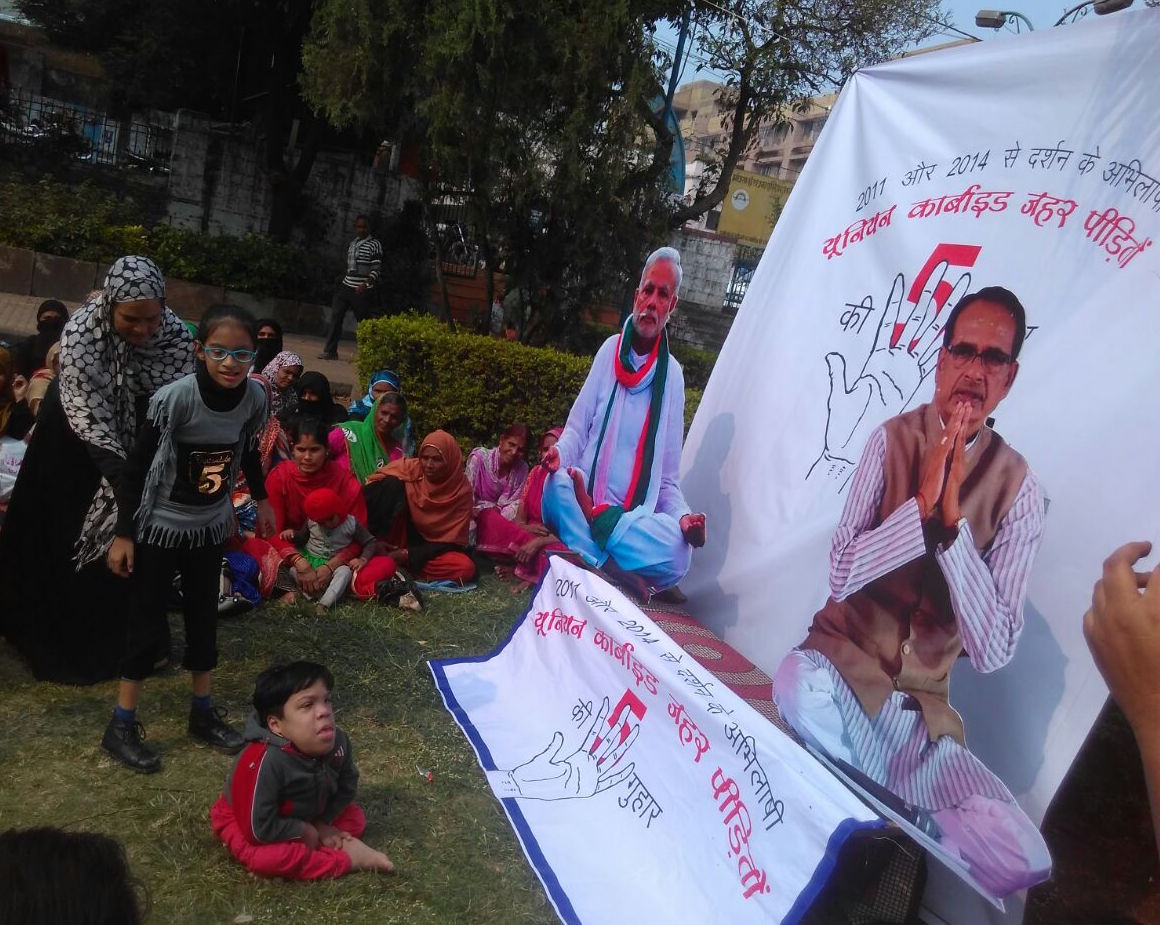 New Delhi: Survivors of the Bhopal gas leak from the Union Carbide factory today (November 21) launched “Paanch guhar” – a campaign to draw the attention of the prime minister and Madhya Pradesh chief minister to five most urgent issues of rehabilitation, justice and compensation.

The demands include: medical care, social and economic rehabilitation, adequate compensation, punishment of culprits, clean up of lingering poisons in soil and groundwater.

The campaign began with children with congenital malformations born to gas-affected parents sitting in front of cut-outs of Prime Minister Narendra Modi and chief minister Shivraj Singh Chouhan in Bhopal. These photographs of them seated in front of the portraits was then sent to the two leaders via Twitter, a statement said.

The two portraits of Modi and Chouhan will be carried to different parts of the city that were affected by the December 1984 gas disaster – where the groundwater was poisoned with hazardous waste from the Union Carbide factory. The campaign will continue till the 33rd anniversary of the disaster on December 3.

A large demonstration has been planned for November 30 in Nigam Park in the city, where widows of the tragedy are going to join as well.

Widows used to receive a pension of Rs 1,000 per month which has been stopped since 2016. In 2010, Chouhan had made a ‘raksha bandhan pledge‘ that widows would get lifetime pension and economic rehabilitation. Six years later, however, the pension was stopped. When officials were asked about it, they said the scheme was limited to five years. “They even renamed the widow colony Jeevan Jyoti Colony but their lives have not improved. Some of the widows are now having to beg for money,” Balkrishna Namdeo of the Bhopal Gas Peedit Nirashrit Pensionbhogi Sangharsh Morcha told The Wire.

The demand for medical treatment has not been met either. “People who lived in the colony around the Union Carbide factory drank water that had been contaminated from the leak. We are demanding free treatment for the children who have been affected because of this and have been born disabled,” Namdeo said.

Victims of the leak have been protesting for years now. On December 3, 2011, a ‘Rail roko andolan’ had been organised and thousands of people had participated in the movement demanding fair compensation. “Now the BJP government is in power and Prime Minister Narendra Modi has come to Bhopal twice but he has never spoken about this issue nor taken the time to meet the survivors. From 2011 (rail roko andolan) till now, the chief minister also has never addressed this. It is very clear from this how serious the government is about the issue,” Namdeo said.