By taking on big tech at a time when it tries to pulverize critics online, the BJP may have bitten off more than it could chew. 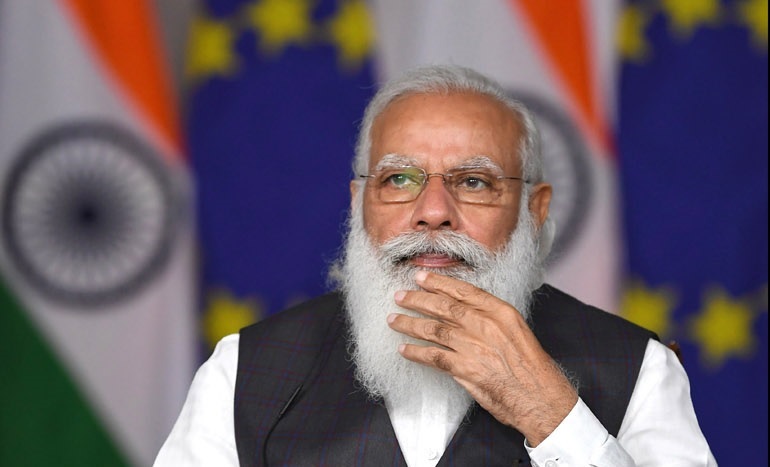 There is much hypocrisy in the ongoing confrontation between the Modi government and big tech platforms, mainly Twitter and Facebook, given that the ruling BJP government has – by far – been the most successful political group in the country to leverage the expansive power of social media. The BJP has not only used platforms to launch winnable political campaigns, but its infamous IT Cell has abused them as well, in order to spread propaganda and wage influence wars against religious minorities, intellectual critics and political opponents.

Insider whistleblower accounts, especially from Facebook last year, provided details of just how successfully the Modi machine, through its Indian public policy head’s offices, pressurised the platform to toe a party line by insisting it turn a blind eye to fast proliferating, virulent hate speech against Muslim minorities in particular. This, in spite of complaints pointing to gross violations of Facebook’s own community standards by users posting a constant stream of extremely hateful content. Therefore, the government’s recent statements against platforms like Twitter and Facebook, and its demands on the Facebook-owned messaging platform WhatsApp to compromise on end-to-end encryption truly begs the question of why.

It is now evident that what started off some time ago as a seemingly legitimate, multi-stakeholder attempt to regulate big tech as they gather a gazillion bytes of data on each of us and monetise our behaviour and choices has revealed the true intentions of one key stakeholder – the government. The Indian government under Narendra Modi has had no compunctions when it comes to attempts at surveillance of citizens, of stifling dissent, of intimidating the political opposition and of waging uncontested influence wars on an unwitting public.

Social media platforms, provoked by the government’s unilateral attempts to enforce new digital media rules, have now taken on the Modi government. If Twitter tagged propagandist tweets by BJP leaders against the Congress opposition as “manipulated media”, provoking government notices in return, WhatsApp has gone to court, calling the rules both unconstitutional, and violative of individual user privacy – the encrypted platform’s USP. The government’s new IT rules that require platforms to appoint a local compliance officer to oversee grievance redressal processes and remove content within 36 hours of a legal order also threaten prosecution against non-compliance by such ‘intermediaries’. Meaning that platforms will be held legally responsible for false and hateful content posted by their users – whether known and identifiable, or anonymous. 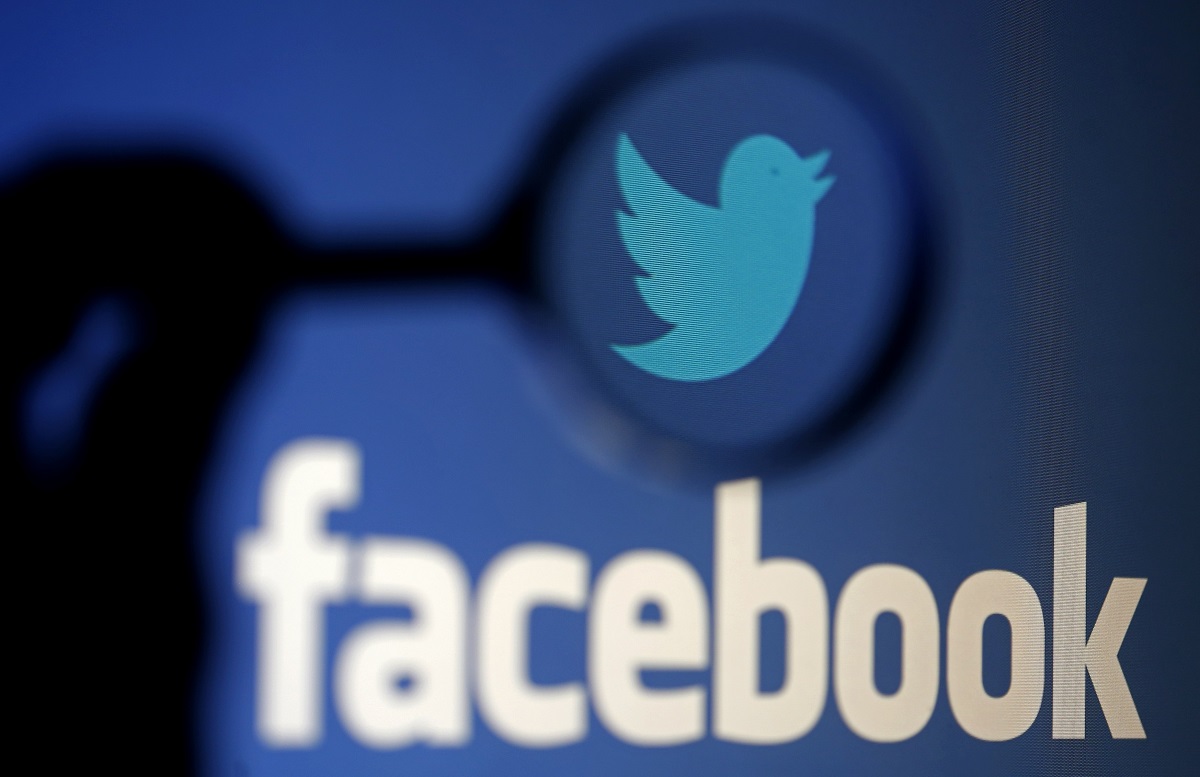 In and of itself, the need for platforms to carry a share of the blame for the proliferation of objectionable content is not contentious. For years scholars and practitioners working at the intersection of technology, media and politics have argued for an improved detection mechanism – both an increase in human content moderators, and more robust artificial intelligence/machine learning detection capabilities that can take down offensive content almost as soon as it goes up and censure those who post such material.

That conversation, however, is a different one.

The timing of the government’s belligerence could not be worse. Remember, this is the same Twitter that suspended former US President Donald Trump from its platform in the wake of an insurrection on the US Capitol on January 6 this year, challenging the Biden election win. And the government’s decision to take on Twitter by having CBI and Delhi Police swoop down on its empty, dark Delhi offices just as India’s external affairs minister S. Jaishankar arrived in Washington to negotiate for vaccines for a beleaguered, Covid-stricken Indian population made unwanted headlines in Biden’s America.

In interactions on the sidelines of his visit, the minister has had to field questions on growing communal violence and concerns over the protection of civil liberties in India. On the heels of the European Union’s Global Data Protection Regime or GDPR, all major tech companies – even as they gather endless data on individual users – have been forced to commit to protecting the privacy of users in the face of potential dangers – leaked financial information, child trafficking and state surveillance high amongst them. No surprise then, that Twitter responded to the Indian government’s ‘raids’ on their offices by expressing concerns over a potential threat to freedom of expression, and a pledge to call out ‘manipulated’, ‘unverified’ or ‘dangerous’ content as required.

Interestingly, as this drama unfolded, Sunder Pichai, the head of Google and keeper of all our data seems to have come to everyone’s rescue. By underscoring the ‘foundational’ nature of internet freedom, he said that Google would commit to working ‘constructively’ with the government on compliance, but that the company was bound, in the interest of transparency, to highlight any occasion that it may comply with government requests in its transparency reports. Imagine how the Indian government would look globally if a tech platform were to produce a multitude of India’s requests in such transparency reports.

Perhaps in the face of potentially more bad press globally, this question has struck home, too. On Friday, IT minister Ravi Shankar Prasad adopted what seems to be a more conciliatory tone. From telling Twitter that it was undermining India’s legal system by not complying with the new rules and suggesting its concerns over the threat to free speech were “totally baseless, false and an attempt to defame India”, or demanding that WhatsApp comply with legal requests for user information within 36 hours, Prasad seems to have made a nuanced, if obfuscating turn by clarifying that he had not demanded the removal of encryption for ‘ordinary’ users (whoever they are.)

In any case, the government seems to have backed itself into a corner. By taking on big tech at a time when it tries to pulverize critics online, the BJP may have bitten off more than it could chew. The BJP’s brand of politics is intrinsically linked with its online presence and its use and abuse of social media. Would the prime minister willingly give up an audience of nearly 70 million followers so easily? How would the IT cell spread its disinformation campaigns via its own WhatApp universities? 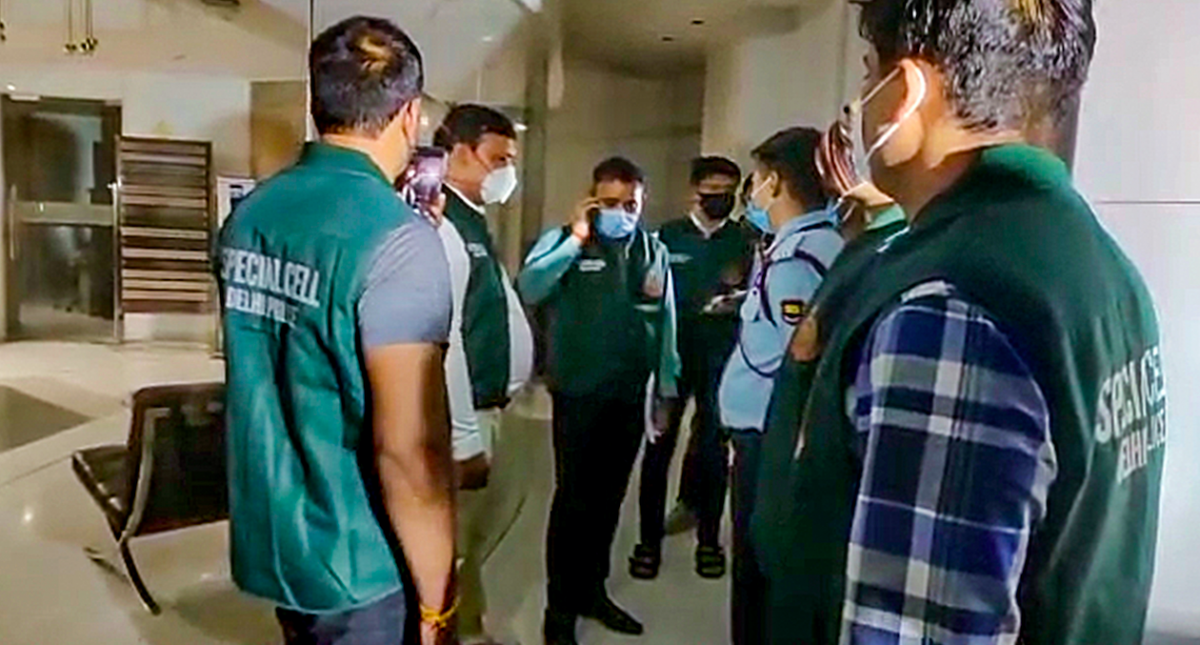 A team of Delhi Police’s Special Cell visits the Twitter India’s Lado Sarai office in connection with the probe into the alleged ”COVID toolkit” matter, in New Delhi, Monday, May 24, 2021. Photo: PTI

Prime Minister Modi’s strategy has always been to use social platforms to build his meta narratives. But there have been occasions in the recent past – for example, the farmers’ protest last year, and massive public anger around poor preparation and criminal mismanagement of the second wave of Covid this year – when the same social platforms have come back to bite the ruling party very hard. In fact, the contentious debate over the new media rules for both the big tech social platforms as well as online news media have come together at a time when Modi arguably faces the biggest challenge to his leadership as Prime Minister, so far.

It is an open secret that the Prime Minister’s image has taken a beating and that his headline managers are struggling to deal with a tsunami of bad press in India and abroad. By way of a response, the Modi government has gone after the only weapon that hits it the hardest – free speech. It is not just social media, but also independent, domestic digital news media platforms that are in the line of fire. Therefore, even as it battles major American social media companies with limited ammunition, it has turned the heat on those it feels it can intimidate more easily and issued a public notice this week seeking compliance by domestic digital news media to the new, intrusive media rules which give government unlimited power to take down online news content without even informing the publisher, as well.

Legal experts are unanimous that new rules for online digital media turn India’s free speech jurisprudence on its head. Digital media organisations have legally challenged the government on grounds that the new rules violate both the constitution, as well as the IT Act 2000, the mother law under which these rules have been brought separately for social platforms, OTTs and digital news media.

The digital news publishers association comprising legacy media with a big online presence (players like India Today, Malayalam Manorama, Times of India, Dainik Bhaskar and NDTV) wrote to the I&B minister saying they are adequately regulated under existing statutory and self-regulatory bodies such as the Press Council and the National Broadcasting Standards Authority, and that new rules are really not required. They also reminded the minister of the pending legal challenges across high courts in the country, by digital news organisations and urged the government to wait for the outcome of these cases before attempting to enforce rules that face an existing legal challenge.

The message has gone unheard, indicating that the government seems set on a path of confrontation with both big tech and homegrown, online digital news media.

In fact, the government’s silence smacks of arrogance. Not only have they not responded to the letter pointing out existing legal petitions, but it has also gone ahead to notify the implementation of the intrusive digital media rules within 15 days. Evidently, the assumption is that coercion and intimidation will solve the government’s image problem.

It merits mention that no government in the past has behaved in such a unilateral manner, without any consultation with those the rules may impact. How then, can its claims of a commitment to free speech or democratic functioning be taken at face value? In the long list of questions, the government is unable to answer as it forces down new digital media rules, its inability to answer this one is the most telling.