Some Truths on How India's Groundwater Management Programme Is Progressing

The Atal Bhujal Yojana can be compared to a chef already having served a dish when most essential ingredients were yet to be made available in the kitchen. 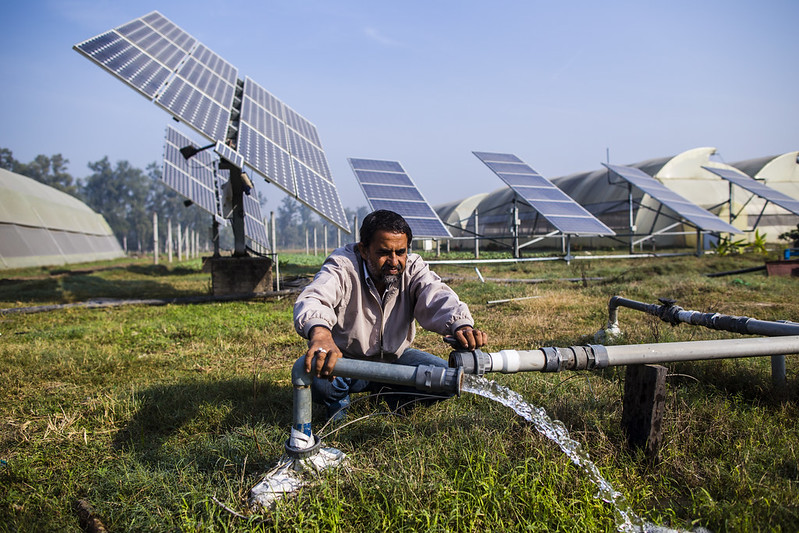 The biggest share of drinking, domestic and agricultural water needs of India is fed by groundwater. But year after year, the quantity and quality of groundwater resources in India have depleted drastically. Further, India is the largest groundwater user globally with 26% of global groundwater extraction. To counter the same, India initiated a one-of-its-kind and one of the world’s largest groundwater management programmes, the Atal Bhujal Yojana.

Atal Bhujal Yojana is a five-year programme initiated in April 2020 to improve the management of groundwater resources in the water-stressed areas of the selected states. A total of 8,551 Gram Panchayats (GP) of 224 blocks from 80 districts across 7 states are in the ambit of this programme.

The core segment of the programme is the preparation and implementation of a Gram Panchayat level community-led Water Security Plan (WSP). The WSP is a GP-level groundwater balance derived from the measurement of water resources available as well as water utilisation. Based on the water balance, it proposes a potential water management intervention which will be aimed at sustaining groundwater resources. The whole process is also termed ‘groundwater budgeting’.

WSP preparation is anchored by a GP-level groundwater management committee and must be accepted through a Gram Sabha resolution. All interventions under the programme will be based on an approved WSP alone. In short, the WSP is the backbone of the Atal Bhujal Yojana.

Adhering to its objective as well as understanding the importance of WSP, there are certain fundamentals laid in the programme’s operational guidelines. According to the official documents, the WSP will be a result of effective adherence and implementation of these fundamentals.

First, institutional strengthening and capacity building. The Atal Bhujal Yojana pursue groundwater as a common pool resource (CPR). It considers the community as the primary custodian and key stakeholder for groundwater management. To attain this, the institutional building, strengthening and rigorous capacity-building components were incorporated into the programme.

Next, decentralised data-driven decision-making. As groundwater is invisible to its users, it emerges as the main bottleneck in its management. In pursuit to make it visible, the programme focuses on the collection and dissemination of decentralised data and information by establishing a GP-level Hydrogeological Monitoring Network (HMN). The HMN consists of advanced tools like piezometer, digital water level recorder, water flow meter, rain gauge station and lab-based water quality testing. It was believed that data from these units will help the stakeholders in understanding the current and future position of groundwater resources. Also, this will help in accurate and scientific planning and implementation.

There is also community participation and behavioural change. Other than scientific and technical aspects, groundwater management also needs to deal with socio-economic, awareness and behavioural aspects of varied stakeholders. This includes effective participation of all sections of societies with a special focus on the landless, women and marginalised. Also, dealing with the unintended behaviour of users as well as spreading awareness. To achieve this, the programme emphasised conducting Information, Education, and Communication (IEC) activities.

The programme had already crossed its half-time mark. This gives an opportunity to make an assessment of its process on certain aspects. The following assessment is made based on the publicly available information on the programme dashboard as accessed on 28th December 2022.

An in-depth analysis of publicly available information suggests that the programme had achieved the target of WSP preparation, while all activities associated with the fundamentals were significantly ignored. Across all seven states, out of the targeted 8,551 WSPs, a total of 8,074 WSPs are prepared, which is almost 95%. But in the same time frame, only 18% of expenditure is made against the total allocated amount of associated aspects.

For the capacity-building component, a cumulative total of 2,13,126 trainings were planned but only 8,796 are done, which is just 4% of the total. In terms of financial progress, out of the total allocated Rs 169 crore only Rs 13 crore was spent, which is just 7.7% of the total. The worrisome insight is that states like Haryana and Gujarat have not conducted even a single training at the GP-level, the focal unit of WSP preparation.

A highly desired prerequisite for WSP was localised data driven from the proposed Hydrogeological Monitoring Network (HMN). Under various financial heads, an approx Rs 332 crore was allocated for the equipment and works of HMN but only 27% of it has been spent, which is approximately Rs 90 crore.

One of the performance indicators of Atal Bhujal Yojana was the ‘Public Disclosure of Groundwater Data’. This includes the data related to groundwater level, water quality and block level hydrogeological reports. Of the total 9,454 occurrences, only 4,381 have been made as of now, which is just 46% of the total. Also, vital data-gathering instruments such as piezometers, digital water level recorders and rain gauge stations haven’t seen the light of the day in almost half of the project area yet. Interestingly, they were supposed to be the action items of the initial phase of the project.

The other essential component is conducting Information, Education and Communication (IEC) activities. For this purpose, out of the allocated financial resource of almost Rs 85 crore, only Rs 14 crore is spent, which is just 16% of the total.

According to official directions, the components related to capacity building, HMN and IEC, are pre-requisites for the preparation of the WSP. But a preview of the dashboard suggests that WSPs were prepared by keeping the fundamentals at the margins. None of the indicators of the fundaments have made considerable progress, whereas the target of WSPs were achieved fully. This is the equivalent of a chef already having served a dish when most essential ingredients were yet to be made available in the kitchen. It is evident that in the hurry to deliver the WSPs, its essential values were kept at bay. What made the programme managers do so can be the subject of further investigations. But it is certain that Atal Bhujal Yojana failed to follow its fundamentals and the consequences could be bitter for groundwater resources as well as the communities.

Partik Kumar is a water policy professional with core focus on groundwater governance and allied subjects. Views expressed are the author’s own.