Centre Rejects Demand for Probe Into Snooping Allegations, IT Minister Calls Reports 'Over the Top'

In his statement, like all statements by BJP leaders thus far, Ashwini Vaishnaw did not categorically deny that the Indian government had paid for Pegasus spyware. 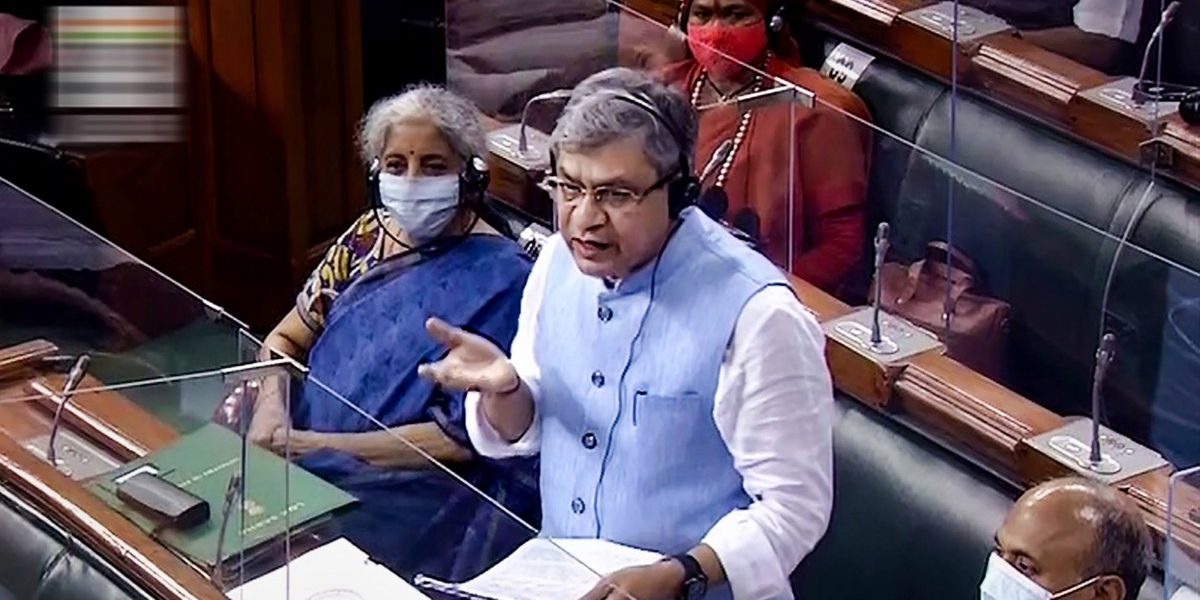 New Delhi: The Union minister of communications, electronics and information technology, Ashwini Vaishnaw, on Thursday again sidestepped questions being raised by a vociferous opposition in the Rajya Sabha regarding the alleged surveillance of several journalists, politicians and others in public life using the Pegasus spyware, sold by the Israeli NSO Group. While the government did not accede to the demand for an independent probe into the issue, it only chose to term it “an attempt to malign the Indian democracy”.

Since The Wire and 16 other media partners began publishing revelations under the Pegasus Project on July 18, the opposition has  been vehemently demanding a discussion in parliament over the issue. The Narendra Modi government has thus far not allowed it.

There were disruptions over the issue on Monday and Tuesday, and today as well, after the House assembled following the Eid break on Wednesday. Opposition members again trooped into the well demanding an independent probe into the issue.

When the House assembled at 2 pm, Vaishnaw rose to make a statement amid shouting of slogans by the opposition. In the din, he was heard saying that “a sensational story was published by a web portal on 18 July, 2021”. He claimed that “over the top allegations” were levelled in the story. The minister then laid the statement on the table of the House, which was subsequently adjourned till Friday.

In the detailed statement, Vaishnaw said, “in the past, similar claims were made regarding the use of Pegasus on WhatsApp. Those reports had no factual basis and were categorically denied by all parties, including in the Supreme Court.”

He said the press reports of July 18 also appear to be “an attempt to malign the Indian democracy and its well established institutions.”

Stating that those who haven’t read the news story in detail cannot be faulted, he urged all the members to “examine the issues on facts and logic.”

He added that the report says: “The presence of a phone number in the data does not reveal whether a device was infected with Pegasus or subject to an attempted hack. Without subjecting a phone to this technical analysis, it is not possible to conclusively state whether it witnessed an attack attempt or was successfully compromised.”

Therefore, he insisted, “the report itself clarifies that presence of a number does not amount to snooping.”

The Minister said the NSO also said that the list of countries shown using Pegasus is incorrect and many countries mentioned are not even our clients. “It also said that most of its clients are western countries,” he claimed.

Drawing his own conclusion from this, Vaishnaw said: “It is evident that NSO has also clearly rubbished the claims in the report.”

Thereafter, the minister referred to “India’s established protocol when it comes to surveillance,” saying, those in the opposition would be well aware of these protocols. “Since they have governed the country, they would also be aware that any form of illegal surveillance is not possible with the checks and balances in our laws and our robust institutions,” he claimed.

He said the requests for these lawful interception of electronic communication are made as per relevant rules under the provisions of Section 5(2) of Indian Telegraph Act, 1885 and Section 69 of the Information Technology Act, 2000.

Referring to The Wire report, without naming the news portal, the minister concluded by saying: “The publisher of the report states that it cannot say if the numbers in the published list were under surveillance. The company whose technology was allegedly used has denied these claims outrightly. And the time tested processes in our country are well-established to ensure that unauthorised surveillance does not occur.”

Incidentally, the phone number of Vaishnaw, a newly-inducted minister in the Union cabinet, was among the 300 verified Indian numbers listed as potential targets for surveillance during 2017-2019 by a client of the Israel-based NSO Group, The Wire had earlier revealed.

The news portal had also highlighted how Vaishnaw had misled the Lok Sabha by saying that there was “no factual basis” to claim of earlier Pegasus attack. The minister had on Monday stated in the House that “In the past, similar claims were made regarding the use of Pegasus on WhatsApp, those reports had no factual basis and has been denied by all parties….” However, this is contradicted by answers provided by his ministry to RTI queries and parliament questions in the past.

The Pegasus Project has revealed that over 300 verified Indian mobile telephone numbers, including those of over 40 journalists, figured in a list of likely surveillance targets listed by government clients of the NSO Group.

So far, The Wire – in collaboration with 16 other media organisations – has revealed the names of 115 people who were either persons of interest or forensically identified as having been targeted by clients of the NSO Group’s Pegasus spyware.

The BJP has been trying to use senior leaders including multiple party chief minister to try and change the narrative. As The Wire has reported, these leaders made wild claims about how these revelations are some sort of “international conspiracy” to “defame India”. However, none of them have categorically denied that the Indian government paid for Pegasus spyware.