As Rajnath Singh Receives First Rafale Aircraft, Here's What We Still Don't Know About the Deal

The Supreme Court is set to issue judgment next month on a batch of petitions seeking a review of its December 2018 judgment on the Rafale deal.

Defence Minister Rajnath Singh on his arrival at Mérignac to attend the induction ceremony of Rafale in Bordeaux, France on Tuesday. Photo: PTI

The raksha mantri and his ministry also made an event of it as the ceremony coincides with the day the Dusshera festival is celebrated in India: after conducting a traditional ‘Shastra Puja’, Singh will take a sortie in a two-seater trainer version of the aircraft.

Over the last year, the 7.8 billion euro deal became a source of controversy for the Narendra Modi government, with questions being raised on the process and procedure that was followed.

Opposition parties such as the Congress also alleged that Anil Ambani’s Reliance Defence had been favoured – accusations that were fuelled by former French President Francois Hollande’s remarks that Anil Ambani’s name was pushed forward by the Modi government as part of the overall contract. 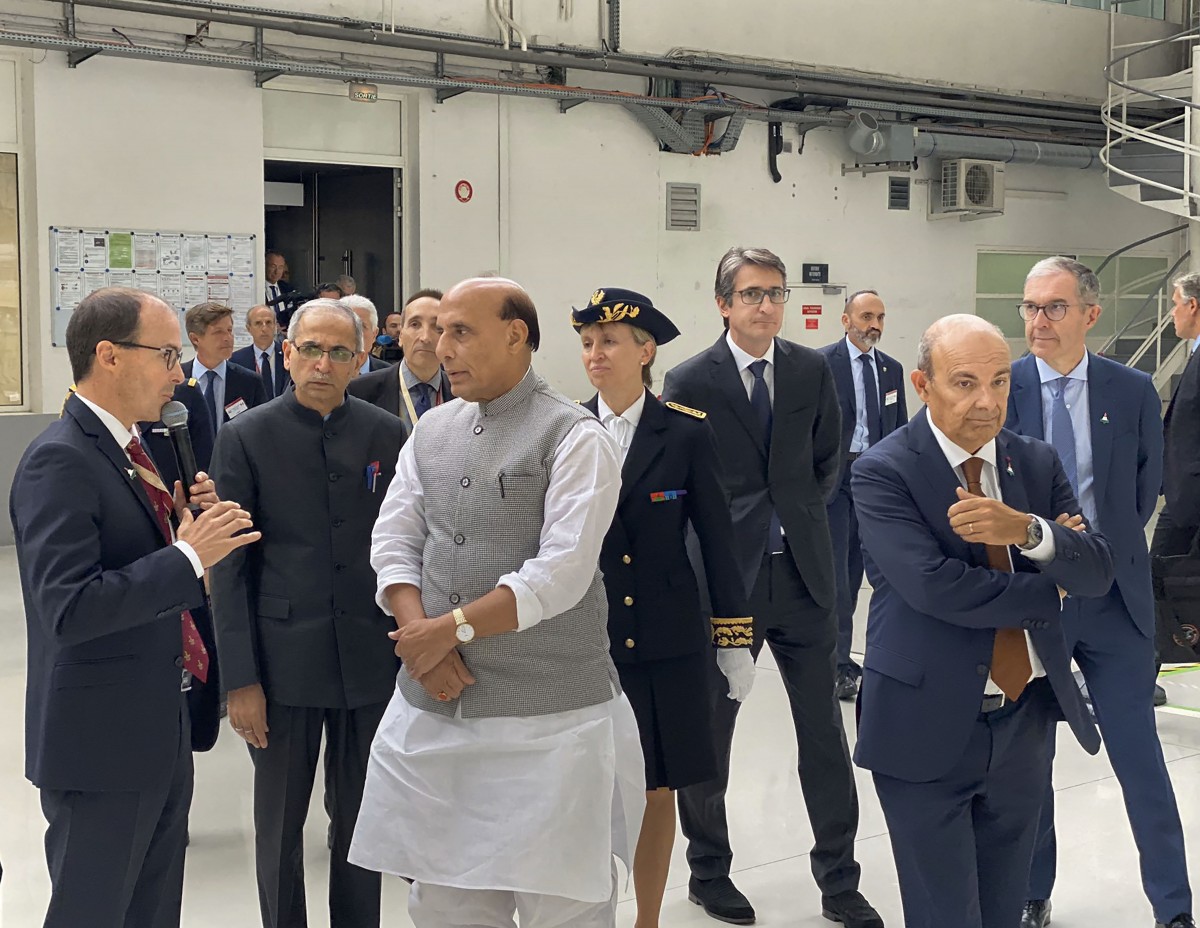 With the Supreme Court set to issue its judgement in the next month on a batch of petitions seeking review of its December 2018 judgement — which had dismissed pleas asking for a probe into the fighter jet deal — there are still a few lingering questions surrounding the controversy.

Some of these questions may be answered by the Supreme Court bench which includes Chief Justice Ranjan Gogoi, but others can likely only be answered by a probe into the matter.

One of the procedural questions surrounding the Rafale deal have to do with how quickly the plan changed to acquire 126 aircraft and have a co-production plan with Hindustan Aeronautics Ltd (HAL) to buying only 36 jets and roping in Anil Ambani’s company as an offset partner.

The plan changed over the course of six to seven weeks. Public statements made by senior government officials such as Manohar Parrikar and S. Jaishankar indicate that they were also kept out of the loop.

In court, the Modi government has said that the RFP for 126 jets withdrawn in March 2015 and a new IGA for 36 aircraft was signed a few weeks later in April 2015.

As The Wire has pointed out, this doesn’t acknowledge other questions have been asked.

These include: What documentation was generated for the RFP withdrawal process in March 2015 and why has the government not been able to provide any proper details of this? Why were the defence minister and foreign secretary not informed of the change in plans? Why did Dassault boss Eric Trappier claim that the 126-aircraft deal was “95% complete” on March 28, 2015, if the process for withdrawal of RFP had already been initiated by then? What was the process undertaken before the IGA was signed? Who all were consulted?

Furthermore, in their complaint to the CBI, advocate-activist Prashant Bhushan and former union ministers Arun Shourie and Yashwant Sinha have pointed out that the 36-aircraft deal was, strictly-speaking, a new contract and thus should have gone through a number of mandatory procedures that appear to have been skipped, beginning with a “statement of case” by the Indian Air Force for the 36 jets.

2) Why was the need for a sovereign guarantee tossed aside?

The Wire was one of the first publications that broke the story of how the IGA between France and India did not come with a sovereign guarantee.

This guarantee is a legal obligation that is usually placed upon the country selling military equipment or aircraft and protects the buyer [India] in case problems develop in the manufacture or delivery of the planes.

However, the verdict stops short of examining its significance or implication and does not discuss what it might mean for the manner in which the Rafale deal was negotiated by the Modi government.

Former defence ministry official Sudhansu Mohanty has been particularly outspoken of how only a ‘letter of comfort’ was given by France, calling it only “morally-binding” and not “legally binding and enforceable”.

“[Without a sovereign guarantee] Either party can break the promise and go their different ways – and with impunity, although the moral aspect will doubtless stick. However, in matters of a buying nation’s commitment based on public funds, it can cause harm to the nation,” Mohanty said at the time.

While the Supreme Court’s December 2018 judgement largely side-stepped these concerns, they may be considered in its verdict on the review petition. In the hearings in May 2019, the apex court bench asked questions surrounding the absence of a sovereign guarantee and the lack of transfer of technology – concerns that were brushed aside by attorney general K.K. Venugopal.

3) Will the benchmark pricing controversy ever be addressed?

As The Wire has reported, the debate has raged around how a senior defence ministry official’s objections were overruled. What has added fuel to the fire is that the final decision to opt for a formula that delivered a higher benchmark price was taken not by the defence ministry or minister Manohar Parrikar but by the Cabinet Committee for Security.

At the time, Mohanty described the manner in which the change was approved as “strange, even queer”.

“Further, as per the information available in public domain, the Defence Acquisition Council headed by the defence minister and consisting of all top MoD honchos didn’t recommend the case, instead left it to the Cabinet Committee on Security to take a call. Why? This needs to be looked into. For, not in my fallible memory of defence capital acquisition can I recall such a thing — because it is strange, even queer,” Mohanty said.

This issue has raised questions over whether there was a particular haste or deviation in the Rafale procurement process. In its judgement however, the Supreme Court side-stepped this matter, presumably because it could technically fall under the ‘pricing’ aspect which the apex court decided not to get into.

4) Will the errors and flaws in the Supreme Court’s judgement be addressed?

A few of the inaccuracies in the judgement included:

A) Bizarrely confusing Mukesh Ambani’s old partnership with Dassault Aviation with the eventual contract that Anil Ambani that signed with the French defence company.

B) Accepting the argument that HAL was responsible for the 126-aircraft deal falling through, despite public statements made by Dassault and former defence PSU boss T Suvaranja Raju.  Dassault and HAL had signed the mutual work-share contract and given it to the government. Why don’t you ask the government to put the files out in public? The files will tell you everything. If I build the planes, I will guarantee them,” Raju had told the Hindustan Times at the time, effectively refuting the allegation that differences over who would take responsibility for the aircraft had been a stumbling block.

C) The initial judgement put out by the apex court bizarrely stated that the pricing details of the Rafale deal were shared with CAG and that it had been examined by the Public Accounts Committee.

This was factually wrong — and eventually corrected through an additional affidavit moved by the Centre. At the time, the Narendra Modi government claimed that it never sought to mislead the court but that it was a “typing error” and an issue of misinterpretation.

Also read: When it Comes to Weapons, the French Take Their Business Very Seriously

Besides this, as the review petitions and The Wire has noted, there are broader flaws in the apex court’s argument which include accepting at face-value the government’s stance on a number of issues (pricing, IGA preconditions) even though there is public evidence that paints an opposing or contradictory picture of deviations in the process.