Delhi Govt Promises Free Public Transport for Women. How Will That Work?

Arvind Kejriwal has said that women who can afford it will be given the option to pay. 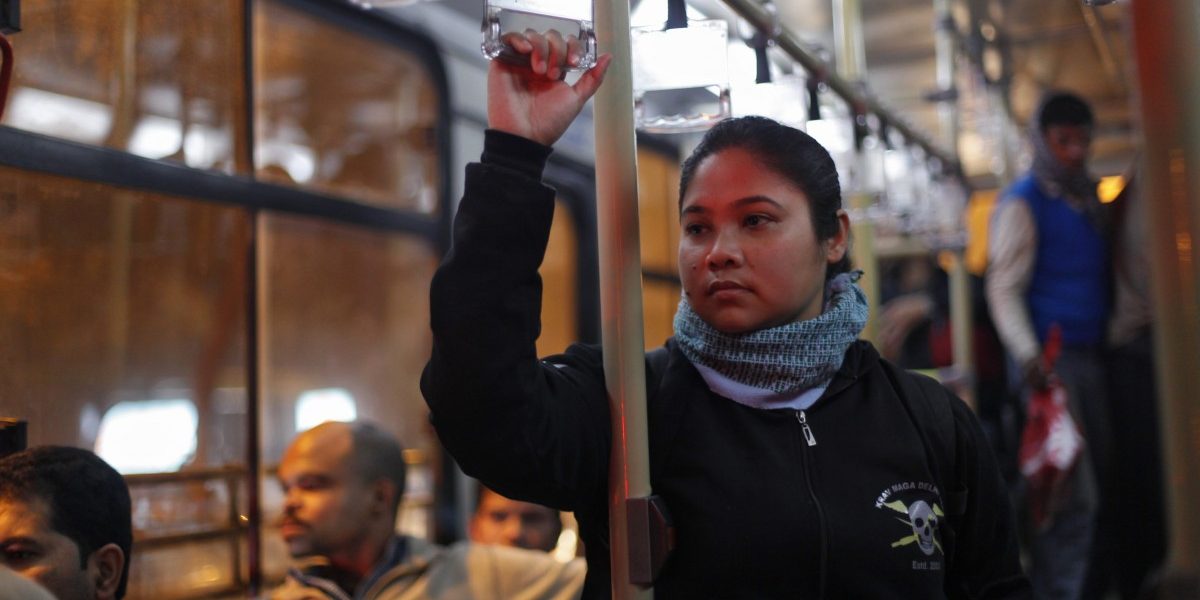 New Delhi: Aam Aadmi Party leader and Delhi chief minister Arvind Kejriwal, who had ahead of the 2013 assembly polls in Delhi promised free water and electricity to the poor and later successfully implemented the scheme, has now announced free travel for women in Delhi Metro trains and Delhi Transport Corporation and cluster buses. However, the Delhi Metro Rail Corporation has not yet been consulted on the matter.

At a public meeting on Saturday, Kejriwal had dropped broad hints about the scheme and stated that “the government is considering to waive fare for women in DTC buses and Delhi Metro to encourage them to use public transport in view of their safety. An announcement in this regard will be made on June 3.”

In keeping with the promise, on Monday Kejriwal announced that though the proposed plan would cost the state government around Rs 700-800 crore every year, it was being undertaken to enhance the safety and security of women.

Kejriwal stated that “the government has decided that women will be able to travel for free of cost in DTC, cluster buses and metro”. However, in the wake of criticism from those who had opposed the idea as a lure ahead of the assembly elections, he added for good measure that “women who can afford, they are free to purchase tickets. And we will encourage those who can afford to purchase tickets.”

The chief minister said officers have been directed to “prepare a proposal within a week” and that his government “will try to implement it in the next two-three months.”

Answering concerns raised by some that the move may lead to overcrowding on the Metro, Kejriwal said: “The projected ridership of metro was 40 lakh after the completion of Phase III. In March 2017, 28 lakh commuters used to take the metro. Now, around 25 lakh people take the transit daily. Clearly, there will be no congestion.”

While the chief minister has gone ahead and made the announcement, the DMRC has not yet been consulted on the matter.

Metro has no provision for ‘concessions’

This is strange because Delhi Metro is a joint venture of the Delhi government and the Centre, and the Delhi Metro Act has no provision for “concessions”.

Sources said for a scheme of this nature and scale to succeed, advance planning is an absolute necessity.

A number of questions remain on how the scheme would be implemented.

The scheme can only work if the Delhi government bears the entire financial burden of travel by women. While Kejriwal stated that it would bear the cost of travel, there are a number of technical issues involved.

While there has been no discussion so far between the DMRC and Delhi government on this issue so far, it has been learnt that Delhi transport minister Kailash Gahlot has been tasked with initiating discussions on the subject with DTC, Delhi Integrated Multi-Modal System (DIMTS) and DMRC.

The Kejriwal government is, however, confident that it will be able to pull this scheme through too. Kejriwal retweeted a tweet by Jasmine Shah, vice-chairperson of Delhi’s Dialogue and Development Commission, in which he stated that DDC would be collating the comments and suggestions for implementation of this policy.

Great to see a real debate on a real issue affecting the safety and mobility of women in this country. On behalf of Delhi govt, @DDC_Delhi is collating all comments/suggestions for effective implementation of this policy. Write to us at delhiwomensafety@gmail.com#DelhiMetro https://t.co/C3X273OfYD

He also retweeted a comment by YouTuber Dhruv Rathee in which he said a similar scheme of free buses in Dunkirk, France was a huge success.

This decision in Dunkirk (France) was a massive success, many other French and German cities have been wanting to adopt this also.

The revenue was compensated by introducing a transport tax of 1.5% on companies with more than 11 employees.https://t.co/JZUISY1EEp

The move assumes significance as the Delhi government wants to quickly pass on all possible benefits to residents ahead of the next assembly elections. Though in 2015 the polls in Delhi were held on February 7, this time the Aam Aadmi Party believes they could be held much earlier.

Recently, party spokesperson Saurabh Bharadwaj even tweeted the concern saying there was buzz that the polls could be held as early as October.

Very strong buzz- EC will hold Delhi elections along wid other states in October itself, four months before end of present assembly’s tenure.

Can EC do that?

Can EC curtail the period of duly elected assembly?

In the recent Lok Sabha election, AAP saw its vote share tumble from 33% in the 2014 Lok Sabha elections and 54.5% in the 2015 Delhi assembly elections to a meagre 18%. In fact, after polling a higher percentage of votes than the Congress in the 2013 assembly polls, the party for the first time saw itself being relegated to the third spot in the national capital.

So, this time it not only has to once again contend with the BJP, that recently repeated its seven-seat haul in the Lok Sabha elections in Delhi, it would also have to battle a rejuvenated Congress that saw its vote share inch up to over 21% from a low of around 9% in the 2015 assembly elections.

The opposition BJP has, however, termed the move another hollow promise of the Kejriwal government. Its Delhi unit president Manoj Tiwari recalled how the AAP government had similarly promised CCTV and WiFi facilities across Delhi, as well as panic buttons and marshals in all buses, but none of these were carried through.