Kant pitched the order as a debate over a balance between development and environment, but got several facts about the case and judgment wrong. 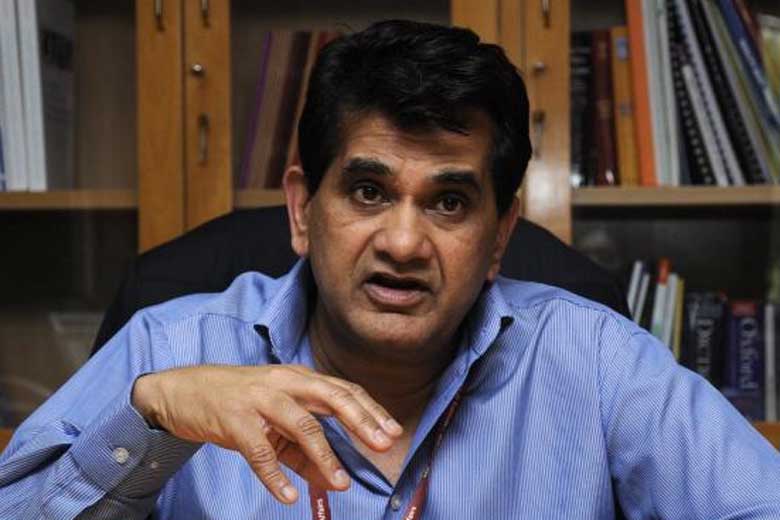 On March 29, the Supreme Court suspended the environmental clearance to build Goa’s second airport. In a rarity, one of the government’s top bureaucrat, NITI Aayog’s chief executive officer, Amitabh Kant wrote an opinion piece in a newspaper on April 15 criticising the Supreme Court for its judgment. He said that the Supreme Court had stepped in to retrospectively put a ‘complete stop’ to a key infrastructure project. By doing so, Kant said, the court set a dangerous precedent. He concluded that the judgment would come at a significant cost to doing business, wrongly interfered in the government’s policy decision and wrongly treated economic development and environment as binaries.

Kant got some facts of the case and the judgment wrong. He missed acknowledging several other vital ones.

The Goa state government, which applied and secured the clearances in 2015, signed up GMR Goa International Airport Limited as the concessionaire in 2016. After a series of litigations on environmental issues, starting in 2017 in the National Green Tribunal and the Bombay high court, in 2019 the appellants approached the Supreme Court against orders of the NGT in favour of the project.

The 93-page judgment by Justice D.Y. Chandrachud on these cases did not ‘completely stop’ the Mopa airport project. It asked the Union environment, forests and climate change ministry’s expert appraisal committee to “revisit the recommendations” made by it for the grant of an environment condition in light of concerns brought to fore in the judgment. It gave the committee one month to do so.

It did so after it found that the project developer – at that stage, the Goa state government – had concealed material facts while seeking the clearance. It said that there was “patent and abject failure of the State of Goa as the project proponent in failing to disclose wet lands, water sources, water bodies, biospheres, mountains and forests within an aerial distance of 15 kilometres,” as required by law. It found several other legal lapses by the state government in how it provided incomplete information while seeking the green nod.

The court found that the Union government’s expert appraisal committee also failed to adhere to its legal mandate and approved the project without a detailed scrutiny of the proposal citing “peculiar circumstances” of the project, which it did not list down.

The court held it to have “considered circumstances extraneous” while clearing the project. The court also criticised the National Green Tribunal for rejecting an appeal against the clearance saying that the tribunal had failed to discharge its adjudicatory functions in simply going by what the government had claimed.

The judgment was, unlike what Kant suggests, not on a policy of the government. It was a judicial review of an environmental clearance granted in violation of particular provisions of the Environment Protection Act, 1986.

The court found specific serious violations and suppression of material facts, which under law permits the court to cancel the clearance in entirety. The court did not do so and actually gave the project an easy way out by asking the same committee of experts to review the clearance in light of the new information emerging during the case.

Also Read: Centre’s, and NITI Aayog’s, Vision for 2022 Is Founded on Quiet Contradictions

Kant did not mention these facts in his opinion pitching it as a debate over a balance between development and environment. Business Standard sent detailed queries to Kant asking if he was aware of the apex court finding such illegalities on the part of the state and Union government in the case. He did not answer the specific questions and instead replied:

I have expressed merely my personal views on the judgment in the opinion piece. I have read the judgement in its entirety and I am fully convinced of my views. I have no further comments to make on this.

He later posted an ‘unedited’ version of his comment on his website in response to the queries. The unedited version had the same thrust as the published version.

How does one view a top government functionary commenting on an on-going case (the case has not yet been closed by the Supreme Court) before the courts where specific violations of law by governments have been determined? Particularly when the government functionary fails to acknowledge (whether in agreement or not) that such illegalities were the basis for the judgment.

The Central Civil Services (Conduct) Rules, 1964 states that officials cannot publish or say anything or write anything “which has the effect of an adverse criticism of any current or recent policy or action of the central government or a state government.”

Expression of views is permitted on subjects and issues that do not pertain to the government’s actions or policies. The conduct rules are silent on whether they can criticise the judiciary or not. But a senior official in the department of personnel and training says:

If one were to follow the rules strictly, a comment on judicial orders and judgement too can be seen as a comment on the government as the Constitution provides these to be the equivalent as the law of the land. But, it is at the discretion of the government to act on these rules as it is considered the terms of contract between an employee and an employer.

Kant did not respond to the question about the propriety of commenting on a judicial pronouncement, particularly as the case has not reached its logical conclusion. Once the environment ministry’s expert appraisal committee reviews its decision by the end of May, the Goa state government will seek instructions from the apex court on the future of the project.

In the past, ministers and other members of the political executive in various governments have criticised the judicial orders or interventions – very often on ground of judicial overreach – but the bureaucracy criticising the judiciary in public domain opens up a new arena all together.