From 'Snoopgate' to Harassment Panel, Women's 'Safety' a Key Concern for Amit Shah

The government has reconstituted the Group of Ministers on sexual harassment but doubts remain about its seriousness. 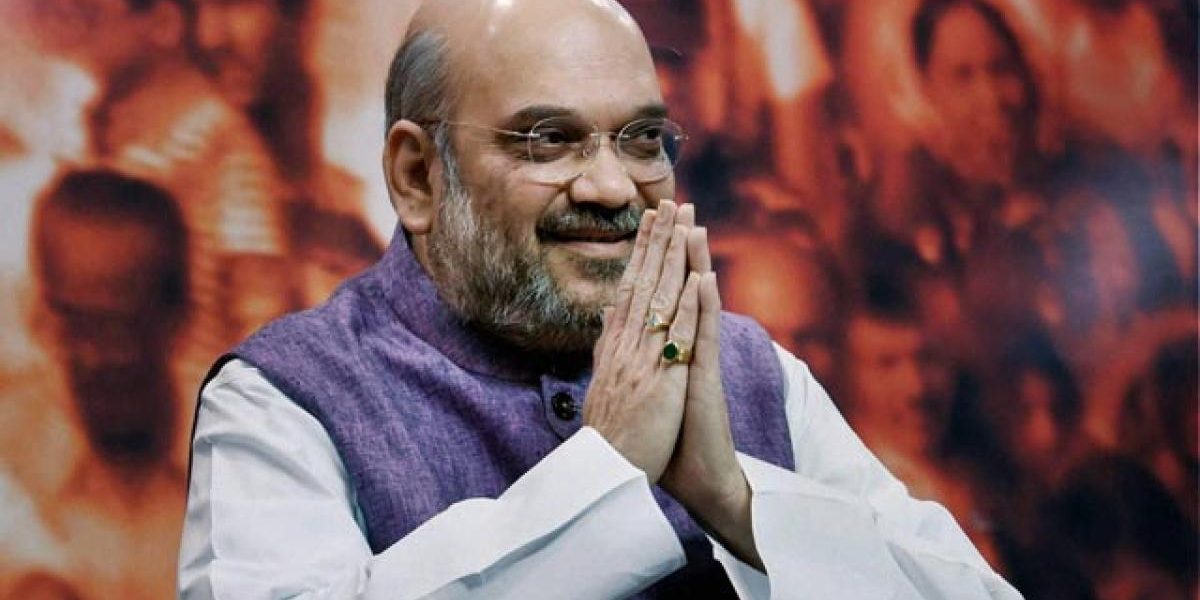 New Delhi: “[Amit] Shah has a zero-tolerance policy towards these matters. He is keen on strengthening this panel for effective implementation of the legal framework to deal with matters of sexual harassment,” an unnamed home ministry official was quoted as saying when the government announced its decision this week to reconstitute the dead Group of Ministers (GoM) on sexual harassment with the Union home minister as its head.

The official’s reference to Shah’s ‘zero tolerance’ approach towards protecting women is likely a throwback to his stint as home minister of Gujarat in 2009, when he deployed an entire contingent of the Gujarat police to closely follow one young woman, keep track of the men she met, and even tap her phones because her father had “orally told” Narendra Modi, who was chief minister at the time, that he was worried about his daughter’s security.

First set up in October 2018 as a response to the Me Too movement, the GoM was quietly wound up without having accomplished anything. Originally headed by Rajnath Singh, the new panel comprises Amit Shah, HRD minister Ramesh Pokhriyal ‘Nishank,’ women and child development minister Smriti Irani and finance minister Nirmala Sitharaman. The panel is intended to signal the government’s willingness to find remedies to instances of sexual harassment, stalking etc that are not covered by existing laws.

While Shah has clearly inherited the panel from his predecessor, the choice of the other GoM members has raised questions about the seriousness of the government’s intentions.

‘Not stalking but protecting woman’

Tapes of audio conversations between Shah and the top police officials who were deployed – apparently to keep the woman safe – were published by two investigative websites in 2013 and led the Congress, which was in power at the Centre, to accuse the minister of stalking the woman at the behest of an unnamed “saheb“, which it said was Modi.

Gujarat IPS officer G.L. Singhal, the police official whom Shah is heard instructing on the tapes, later told the CBI that the surveillance was carried out only on the oral instructions of Shah, and was not officially authorised.

The 2009 recordings reveal that the woman was monitored everywhere – from shopping malls, restaurants, ice-cream parlours, gyms, cinema halls, hotels and airports to even a hospital in Ahmedabad, where she visited her ailing mother.

The tapes showed Shah expressing particular interest in knowing the identity of the men she met. Shah also instructed Singhal to monitor a senior IAS officer, Pradeep Sharma. Sharma, who faces multiple corruption charges that he says are part of a “vendetta”, went on to claim that it was he who had introduced the woman to Modi when she was 27 years old and that both of them had been in touch with each other for several years. On the tapes, Shah can also be heard ordering surveillance of the woman’s family.

The authenticity of the recordings was never challenged and the BJP said they were evidence not of snooping or stalking but of Shah and Modi’s willingness to pull out all the stops to keep the woman safe.

In May 2014, the woman and her father told the Supreme Court in an affidavit that they were “thankful” that the Gujarat police was assigned to tail her, and urged the judges to stop any probe against Modi and Shah.

The matter was legally put to rest but the debate over it didn’t end. The opposition has raised the issue from time to time, and has alleged that the father-daughter duo was put under immense political pressure to wrongly depose in front of the apex court.

The question that remains unanswered is that if the woman, who was not a minor, had consented to the surveillance for “security” reasons, why do the recordings show the police repeatedly saying that they were worried she might give them the slip? And if the woman had not, in fact, consented to being kept under watch, how could Amit Shah have placed an adult woman under surveillance merely at the request of her father?

No record of GoM’s exertions so far

In response to a recent RTI request, the government refused to disclose what the Group of Ministers had accomplished in its first avatar, the details of its meetings etc.

In fact, the government had only thought of constituting such a ministerial panel after multiple sexual harassment accusations surfaced against one of its ministers, the former editor M.J. Akbar, last September.

Akbar had to resign in the face of widespread protests, though he has since filed a criminal defamation case against one of the women who blew the whistle.

Asked in an RTI query what the GoM had done, all that the Ministry of Home Affairs was prepared to reveal was that it had been dissolved.

All information sought about the committee’s work was denied by citing the exemptions contained in section 8(i) of the RTI Act. This section broadly permits the government to deny any information on a host of grounds, including when it “would prejudicially affect the sovereignty and integrity of India, the security, strategic, scientific or economic interests of the State, relation with foreign State or lead to incitement of an offence”.

Also exempted are cabinet papers – “including records of deliberations of the Council of Ministers, Secretaries and other officers” – until the time “the decision has been taken, and the matter is complete, or over”.

If this is the specific exemption the MHA had in mind, then it is evident that the GoM never took a decision, which in turn lends weight to the charge by critics that its formation was aimed at containing the protests by women and creating good optics rather than any serious intention to strengthen laws to arrest the problem.

Again, the government has responded to the noise created by the media on the inert committee by reconstituting the committee and placing Shah at its head.

HRD minister Pokhriyal, who is caught in a fake degree row, has no prior record of speaking out about such cases so it is not clear on what basis he was chosen to be a part of the panel.

One also remembers that Irani, a vocal and exuberant leader otherwise, chose to deflect a question about the sexual harassment accusations against Akbar, then her colleague in Modi’s cabinet last October.

“I appreciate that the media is accosting his (Akbar’s) female colleagues but I think it is for the gentleman concerned to issue a statement (and) not for me because I was personally not present there,” was what Irani said when asked to respond to sexual harassment allegations against Akbar.

Similarly, Sitharaman, a self-proclaimed supporter of the Me Too movement, had then chosen to duck a question on the charges against Akbar. “I may not be the right person to comment,” was what she said when asked about it.

One only wonders whether the two women ministers would have had the same responses if they were asked about similar charges against opposition leaders.

The choice of ministers who couldn’t take a principled stand when the issue knocked at the door of one of their own, as members of a panel to devise ways to prevent sexual harassment against women is unlikely to inspire confidence among those who hoped for a more forthcoming attitude from the government.