An amended MHA order empowers state governments and even district magistrates to set up tribunals to identify a “foreigner” who is living in India illegally. 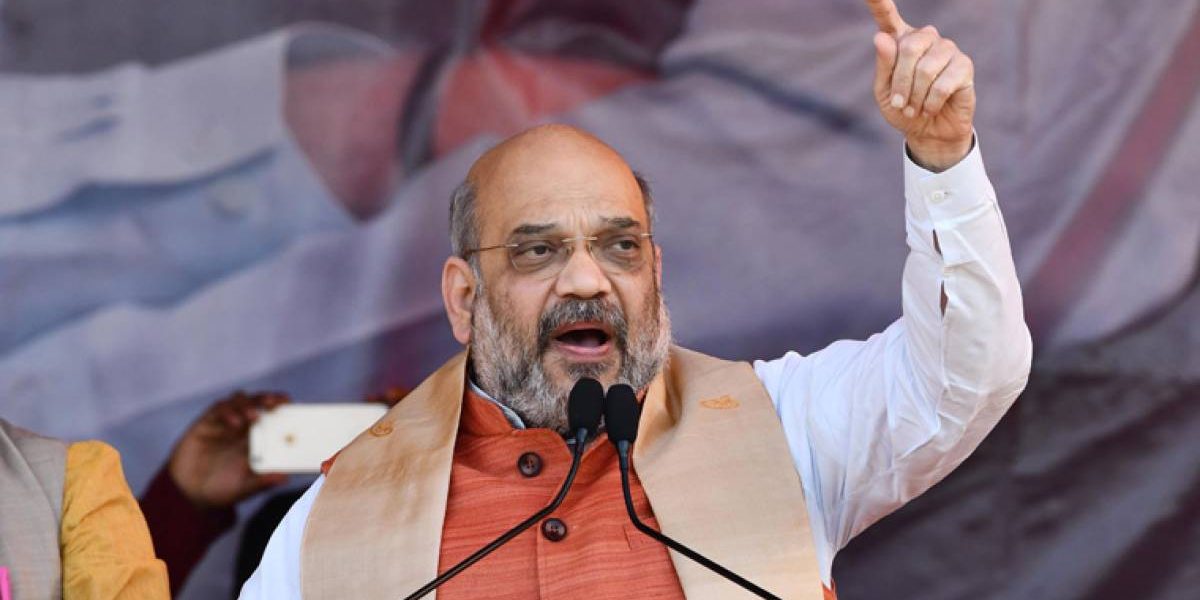 New Delhi: Throughout the 2019 election campaign, Bharatiya Janata Party president Amit Shah made it a point to announce that if his party is re-elected, it will ensure passage of the controversial Citizenship Amendment Bill. The Bill allows refugees belonging to virtually all religions except Islam to acquire citizenship in India.

At the same time, he coupled the message with the promise of having the National Register of Citizens (NRC) process implemented in all states. The NRC, until now, is a process monitored by the Supreme Court to identify undocumented immigrants in Assam and deport them to their respective countries. It has run into controversy as a number of legitimate citizens – among them Muslims born in India – were reportedly left out of the list.

Upon taking over the Ministry of Home Affairs, it appears Shah is all set to fulfil his promise of driving out “ghuspethiyas” – or infiltrators, the word he uses for migrants – who he thinks are nothing more than “termites”.

On May 30, the Union home ministry quietly amended the Foreigners (Tribunals) Order, 1964, a necessary first step to eventually  expanding the scope of the NRC beyond Assam.

The amended order empowers state governments and even district magistrates of all states and Union Territories to set up tribunals to identify a “foreigner” who is living in India illegally.

Until now, only the Centre had the power to constitute such tribunals, which were essentially quasi-judicial bodies unique to Assam.

Also read: For Bengali Muslims Whose Names Are in the NRC, the Struggle Isn’t Over Yet

Before the amendment, undocumented immigrants in other states were tried before a local court under the Passport Act, 1920 or the Foreigners Act, 1946. If found guilty, they were imprisoned for three to eight months and detained in special centres thereafter, until their respective countries took them back.

With the amendment, state governments and district collectors/magistrates can now locally constitute a special tribunal anywhere in India to “detect” and take action against an “infiltrator”.

The order also laid out guidelines to “detect, detain, and deport foreign nationals staying illegally across the country”, reported The Hindu.

The NRC is a related but distinct process under which every person living in Assam was required to submit documents proving their Indian citizenship. Some 40 lakh people have been unable to satisfy the authorities and their fate will eventually be handled by Foreigners’ Tribunals.

The MHA had recently set up 1,000 tribunals in Assam to complement the work of finalising the NRC by July 31, as the Supreme Court had instructed the registrar general to do. The process involved drawing up a list of those who had entered Assam from Bangladesh after March 25, 1971 without proper authorisation – a cut-off date agreed upon by all parties in the Assam Accord, 1985.

When the registrar general submitted a draft list last year, nearly 40 lakh people were termed as illegal, leading to a huge controversy. This had prompted the apex court to intervene and set a new deadline for the body. Around 36 lakh of those excluded in the first list have reapplied to assert their citizenship, The Hindu reported.

Officials said that an individual who still does not find her name in the final list can file a fresh application to the tribunal. The amended order also allows district magistrates to refer such individuals to tribunals.

The BJP’s hardline Hindutva approach both at the Centre and in Assam has instilled fear in parts of the population that measures like the NRC and Citizenship Bill, if implemented across India, will be used to deny minorities their rights.

Campaigners against the NRC and Citizenship Bill believe that such an amendment that empowers even district authorities to “detect” foreigners may be interpreted by the courts as “violative of the basic tenets of the Indian Constitution and Citizenship Act itself.”

They argue that the NRC exercise in other states will subvert the principles of natural justice. A person who is branded an undocumented immigrant by the state authorities will have to carry the burden of proving herself a legitimate citizen, rather than the other way around. Unlike regular criminal courts, “the person under question will have to prove both the authenticity of their citizenship and the authenticity of the documents to build his/her case,” notes a report in SabrangIndia.

The report further notes that the amended order restricts appeals for such persons solely to the tribunals under specific terms and conditions, and that may increase the “possibility of bias or an erroneous judgement”.

However, the Centre has now clarified that the amendment was done to facilitate the foreigners tribunals to decide on appeals made by people “not satisfied with the outcome of claims and objections filed against the NRC”. The MHA said that the May 30 order is applicable only to Assam for “all practical purposes” as the NRC is going on only in that state.

Assam Tribune reported that the official spokesperson of MHA said that “since the foreigners tribunals under this order have been established only in Assam and in no other state of the country, this amendment in effect is going to be relevant only to Assam”.

The report said that MHA sources claimed that major amendments to the Foreigners (Tribunals) Order, 1964 was done in 2013 and the May 30 order only followed it up to empower state governments and district magistrates. They said that there is “nothing Like the 2013 amendments, the latest amendment is also applicable to the whole country.”

“Therefore, there is nothing new in this regard in the latest amendment of May 2019,” the report noted.