Centre Will Not Go Back on CAA, Those Protesting Can Continue: Amit Shah

"If you chant slogans against Bharat Mata, I will put you behind bars," the home minister also said, referring to protests at JNU. 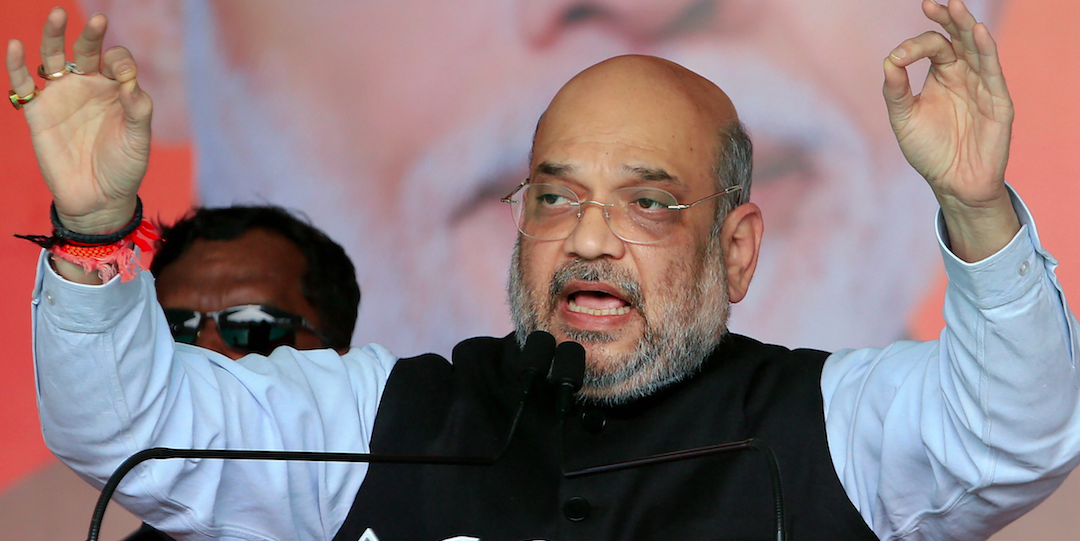 New Delhi: Protests against the Citizenship (Amendment) Act continue across the country, more than a month after the law was passed by parliament. Union home minister Amit Shah, however, does not think public opinion – and concerns about the “anti-Muslim” character of the Act – should lead to the Centre reconsidering its decision.

“I want to say it again that the government is not going back on the CAA. Those who want to protest may continue doing so,” Shah said at a Lucknow rally on Tuesday.

Sticking to the line several Bharatiya Janata Party leaders including Prime Minister Narendra Modi have been using, Shah said that the Act did not change anything for Indian citizens and that the opposition was peddling “lies” to create hysteria. “There is no provision of taking anyone’s citizenship in CAA. Canards being spread against CAA by Congress, SP, BSP, TMC,” he said.

At a public meeting in Lucknow, Uttar Pradesh. https://t.co/mJrK0rPV0r

The CAA grants Indian citizenship rights to non-Muslim minorities from Pakistan, Bangladesh and Afghanistan who entered India before 2015. Coupled with the National Register of Citizens, critics from across the world have said that the law could be misused to disenfranchise Indian Muslims.

The home minister also equated criticism of the government with “anti-nationalism”. He insisted that protestors at Jawaharlal Nehru University chanted slogans about Indian being broken into a 1,000 pieces, even though there is no evidence of such slogans being used and the students themselves have insisted that their opposition is to the government because they are patriots. Shah, however, said they should be sent to jail for their slogans.

“JNU mein desh virodhi naare lage. Mujhe batao jo Bharat Mata ke 1000 tukde karne ki baat kare use jail mein dalna chahiye ya nahi? Bharat Mata ke khilaaf is desh mein naare lage toh jail ki salakhon ke peeche daal dunga. (Anti-national slogans were chanted in JNU. Those who chant that ‘Bharat Mata should be broken into a thousand pieces’, should be put in jail or not? If you chant slogans against Bharat Mata, I will put you behind bars).”

Also read: In Response to RTI, MHA Says It Has No Information About ‘Tukde Tukde Gang’

In Lucknow, Shah also quoted numbers he has used in parliament as well to try and prove that the minority groups were dwindling in the Muslim-majority neighbouring countries. “At the time of Partition, Hindu, Sikh, Buddhist and Jain constituted 30% of the population in Bangladesh and 23% in Pakistan. But today, it’s just 7% and 3%, respectively. Where have these people gone? Those who are protesting against CAA, I want to ask them this.”

BJP leaders have had a range of responses to the large-scale anti-CAA protests, but none of them has agreed to respond to the protesters’ concerns. As The Wire has reported, the responses have ranged from deaths threats to insults and promises of ‘revenge’.