Under All-India NRC, Passport May Not Be Enough to Prove Citizenship

Amit Shah says it's coming – but what will it take for you to show you're an Indian? The short answer is that the government still doesn't know. New Delhi: On Sunday afternoon, Prime Minister Narendra Modi claimed that there had not been any discussion of “even on the words National Register of Citizens” since 2014 – a claim contradicted by repeated statements over the past few months by his own home minister, Amit Shah, including in parliament, about a nationwide NRC.

A couple of days earlier, a home ministry spokesperson had even clarified that the while the rules for a nationwide NRC had not been drafted, only “common documents” would be used to determine citizenship. Meanwhile, there were also other reports which quoted anonymous MHA officials as stating that “voter’s ID, Aadhaar and passport do not prove citizenship”.

While an Aadhaar card can be legally acquired by a resident foreign national, the voters’ ID list also has not been seen as the sole legal guarantor of being a citizen. It was, however, more of a surprise for most people to hear that even a passport is not proof of nationality.

Around 6.60 crore Indians currently have passports, which under international law is defined as a basic identity document issued by a country to their citizens for the purpose of international travel.

While the home ministry has not repeated the assertion, on the record, that passports don’t prove citizenship but only residency, there does not seem to be a uniform view in the government on the efficacy of this identity document.

A senior Ministry of External Affairs official echoed the home ministry official’s statement. “Passport is not proof of citizenship. Citizenship proof can get you a passport but not the obverse,” he told The Wire.

Also read: Did the Union Cabinet Just Set the Stage for NRC by Pushing for ‘Updated’ NPR?

However, this view is not shared by some retired MEA legal officers, who found this position inexplicable. “I did read the articles saying that passport is not proof of citizenship. In practice, it is very well accepted as proving one’s nationality, because that’s what it says so in the passport,” one said.

The first page of the Indian passport booklet has a declaration from the president of India requesting passage for the “bearer” of the document. The third page, which has the photograph of the passport holder, includes the category of ‘Nationality’. In all passports issued by regional passport authorities, this category has a simple entry: ‘Indian’. 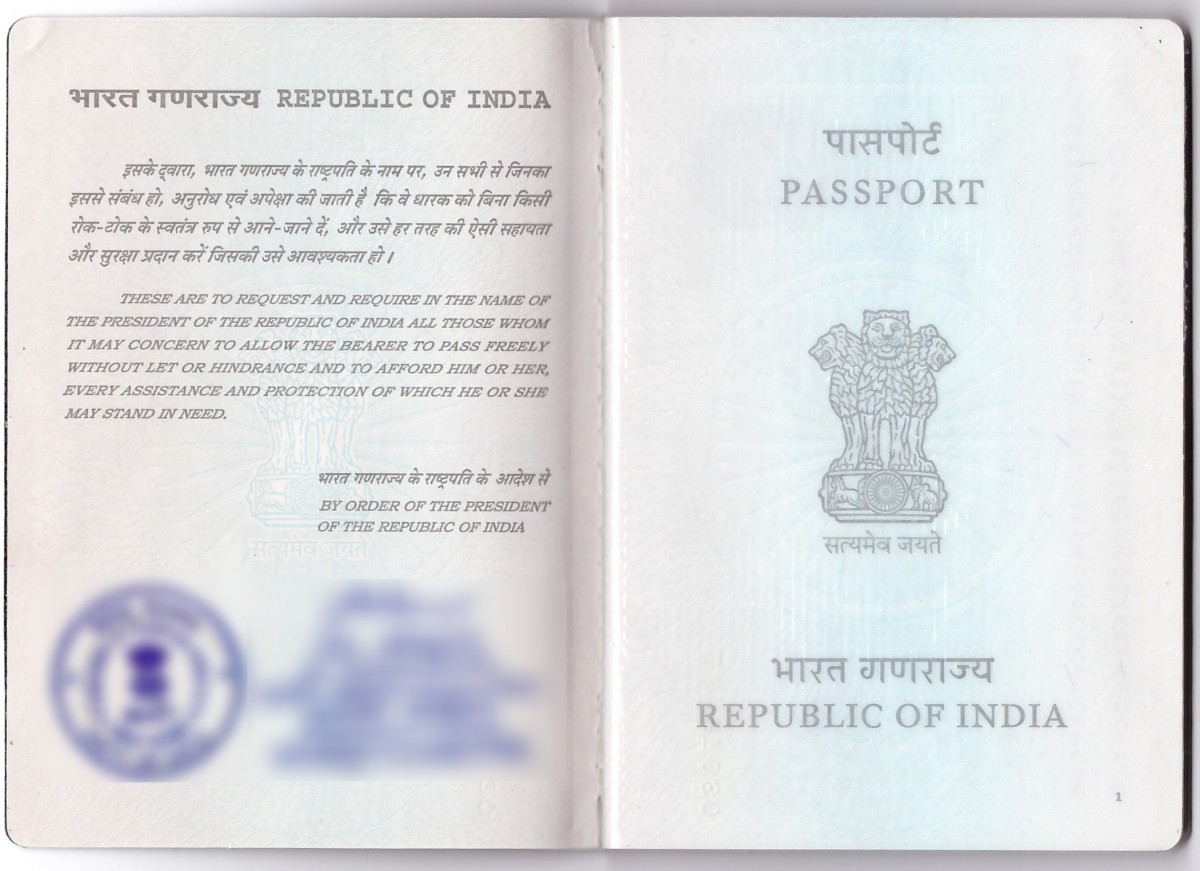 In a 2004 paper, Penn State law professor Adam Muchmore said that the passports are “uniquely probative of nationality under international law”.

He noted that passports as prima facie evidence of nationality is normally accepted for immigration and police purposes. “In other words, states take daily legal action on the basis of passports issued by other states, without taking time to investigate whether the passport holder is “really” a national of the issuing state,” Muchmore wrote in his paper, ‘Passport and Nationality in International Law’.

The proof of citizenship is an important matter in the US as it overlaps with the debate on voting rights, with suppression of voters being a political hot button.

Under Indian domestic law, the distribution of passports is regulated by the 1967 Passports Act. The long title of this law says that it provides for issue of passports to citizens of India and “other persons”.

But the body of the Act never clarifies what is meant by ‘other persons’. Rather, the clauses in the Act imply that a passport can only be granted to a citizen of India.

Also read: NRC or No NRC: Who Is Lying, Narendra Modi or Amit Shah?

Under section 6 (2), the first condition for the passport authority to refuse to issue a passport is “that the applicant is not a citizen of India”. Besides, the penalties section defines one of the offences as making an application or obtaining a passport by suppressing information or holding a forging passport “despite not being a citizen of India”.

The 1967 Act was formulated only after the Supreme Court ruled, in a litigation brought by an individual whose passport was revoked, that the right to travel abroad is part of an individual’s personal liberty as enshrined in the Indian constitution. Till then, the only regulation for passports was a legislation from 1920 which didn’t make it mandatory for Indian nationals to obtain a passport for leaving the country.

According to Niraja Gopal Jayal’s 2013 book Citizenship and its Discontents, in the first couple of decades of independent India, the idea of the passport had not been internalised or institutionalised, which led to several notable courts cases “as people acquired passports quite casually without realizing the implications of such an act for nationality and citizenship”.

With the memory of Partition and its messy aftermath still sharp, Indian courts did not give a consistent legal line on the possession of a passport – sometimes ruling that it was obtained involuntarily, in others, through fraudulent means, and even arguing that obtaining another country’s passport did not mean withdrawal of Indian citizenship.

Recently, the Delhi high court, in an order dated July 2017, had observed that “a passport is a document evidencing a citizen’s nationality and cannot be ignored on mere suspicions”.

However, Jayal, a professor at Jawaharlal Nehru University, argues that the courts had a more unforgiving mood if the case of obtaining a passport was in the context of undocumented immigration from Bangladesh. She noted that the courts also gave repeated rulings that appearance in a voters’ list wasn’t proof of citizenship.

“Judicial recognition of the ways in which such documentation of citizenship is acquired thus led the courts to deliver rulings in which, ironically, the validity of practically all forms of official documentation was impugned,” observed Jayal.

When asked by The Wire whether India has traditionally viewed passports as proof of citizenship, Jayal replied, “As far as I know, this is a grey area. Passports are generally taken to be proof of citizenship, and, as you rightly say, it is only in cases of fraud or misrepresentation that courts have cast doubts on these”.

While passports are used as citizenship documentation under international law and inferred in practice domestically, this may not be entirely helpful under the NRC process if the intent is to weed out illegal migrants. Every year, the government claims to become aware of additional cases of valid passports obtained through fake documents – mainly with the aim to leave the country. “Some time ago, we learnt that around 100-150 Rohingya had got Indian passports to travel to Saudi Arabia. These are valid passports, till the fraud is detected and cancelled,” an MEA official told The Wire.