One positive take-away from the Airbus-Tata deal is the way the Indian Air Force and the defence ministry worked together towards the twin objectives of meeting the former’s requirement and promoting indigenous production. 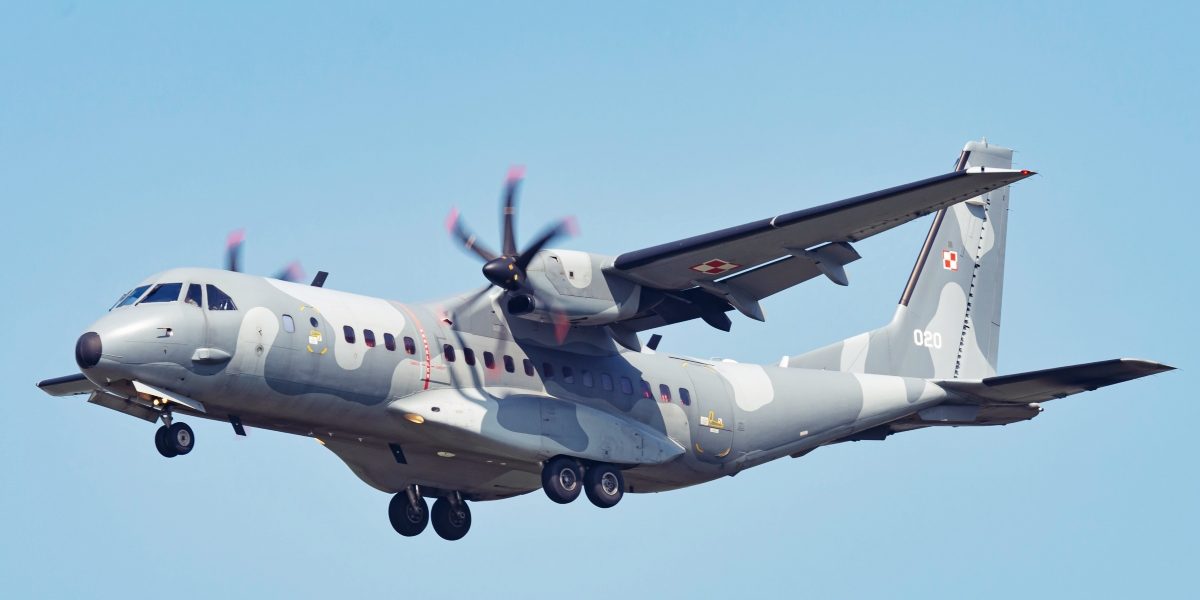 Prime Minister Narendra Modi on October 30 laid the foundation stone of a first-of-its kind manufacturing facility in Gujarat’s Vadodara for the production of C-295 medium transport aircraft (MTA) for the Indian Air Force (IAF) by a consortium of defence major Airbus and Indian conglomerate Tata.

The MTAs will replace turboprop Avro 748 military transport, which joined the IAF service in the 1960s.

The contract was signed by the Ministry of Defence (MoD) with Airbus Defence in September 2021.

This industrial unit in Gujarat is expected to build 40 C-295s, of which 24 will be made through a mix of imported kits and 30% indigenously sourced content, which is expected to double for the remaining 16 platforms.

The remaining 16 C-295s of the overall project will be acquired in a flyaway condition from Airbus Defence in Spain, and delivered over two years starting September 2023.

All the 56 C-295s will be fitted with indigenous electronic warfare (EW) suites, and feature a rear ramp door for swift loading and para dropping troops and supplies.

An additional six C-295 Multi-Mission Maritime Aircraft variants are likely to be acquired by the Indian Coast Guard, in addition to possible follow-on orders from paramilitary organisations like the Border Security Force. 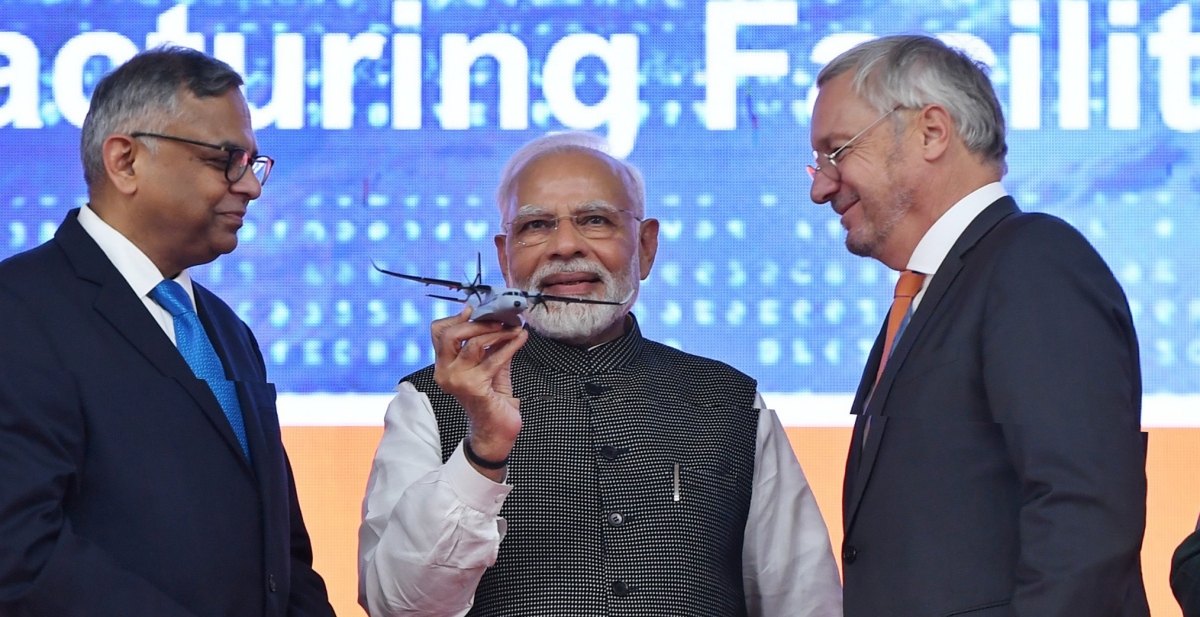 Furthermore, Air Marshal Anil Chopra (retired), who heads the Centre for Air Power Studies in New Delhi, told Hindustan Times that the C-295s have the potential to eventually replace the IAF’s fleet of some 100-odd turboprop twin-engine Antonov AN-32 ‘Cline’ transport aircraft. These AN-32s, which joined the IAF service in the 1980s, are currently facing problems with their $400 million upgrade by Ukraine.

Experts believe that with some modifications, the fuel-efficient C-295s, which have an operational radius of 5,650 kilometres, load carrying capacity of 10-12 tonnes and a top speed of 576 km per hour, could also be employed to ferry civilian cargo, and be inducted as a turboprop platform by private airlines to meet the growing demand in the aviation sector.

This, in turn, could give a fillip to tourism to exotic locations like the Andaman and Nicobar and the Lakshadweep islands, among other popular vacation spots.

In his speech at the foundation laying ceremony, Prime Minister Modi said that India’s aviation sector would need over 2,000 passenger and transport aircraft over the next 15 years.

The Vadodara C-295 facility could also become an export hub for the MTA, in addition to being used as a maintenance, repair and overhaul (MRO) provider for at least 15 countries in the Asia-Pacific region. These countries include Bangladesh, Egypt, Indonesia, Jordan, Kazakhstan, Mali, Oman, the Philippines, Saudi Arabia, Thailand, United Arab Emirates, and Vietnam alongside several other nations.

For sure, the C-295 project is a pivotal milestone but its journey that began around 2010-11 and reached fruition only last year has been turbulent, hitting air pockets every now and then. It bears recounting, not least because the way the obstacles were overcome holds lessons for the future.

Initially conceived by the IAF as a Buy (Global) project for importing 56 transport aircraft, on the presumption that such limited numbers did not justify seeking transfer of technology to locally build them, the IAF later ungrudgingly agreed to categorise it as a ‘Buy and Make’ project, clearing the path to build 40 MTAs locally via transfer of technology. But that was just the beginning of the obstacle race which climaxed years later with the award of contract to Airbus Defence and now at Vadodara last weekend.

Much of the credit goes to the IAF which, to make this possible, reached out to private Indian vendors and overseas MTA manufacturers to convince them that the project was commercially viable, apart from eliciting information required for framing realistic and achievable qualitative requirements for a potential transporter – something that can make or mar a project.

Synchronously, the MoD and the Defence Research and Development Organisation (DRDO) also displayed unusual boldness in supporting the idea of developing a parallel aircraft manufacturing facility in the private sector by keeping HAL out of the MTA project. And, for the first time, the MoD permitted foreign manufacturers to choose the Indian Production Agency (IPA) of their own volition rather than nominating one, as was then procedurally required for procurement programmes under the Buy and Make category. It was a smart decision as selecting a private sector company for nomination as the IPA would have been very difficult, and possibly contentious.

What is also significant is that only one bidder – Airbus – had responded to the 2103 MTA tender, resulting in a ‘single vendor’ situation in which the MoD is normally chary of going ahead with the deal fearing allegations of wrongdoing. In this case, however, MoD was not deterred. The outcome would have been different had the MoD not overcome this irrational fear and decided to go ahead regardless.

Meanwhile, the Vadodara C295 facility is understandably being projected by the MoD as a major step towards making India self-reliant in the military aviation sector, while concomitantly fulfilling the government’s commitment to generating employment, stimulating industrial growth, and promoting materiel exports.

The C295 project is expected to create 600 highly skilled and 3,000 semi-skilled jobs alongside providing indirect employment to another 3,000 people. About 100-odd Micro, Small and Medium Enterprises are expected to be involved in supplying around 13,400 components, 4,600 sub-assemblies and related parts.

In essence, it is estimated that around 96% of Airbus’s components and related manufacturing in Spain will, over the next few years, transfer to India once the programme takes off. In yet another significant add-on, some 240 Indian aviation engineers too will be trained in Spain, before returning to Vadodara.

In conclusion, one positive subclinical take-away from the C295 deal is the way IAF and MoD worked together as a team towards the twin objectives of meeting the former’s requirement and promoting indigenous production. The latter’s willingness to take bold decisions to remove the roadblocks with tact and imaginative thinking must also be lauded, but for which the project would not have fructified.

The enduring reality of India’s military acquisition programmes is that each one of them presents a unique set of challenges and roadblocks. Unless those in responsible positions of authority work unitedly to remove the obstacles by thinking out of box and taking bold decisions, most projects are doomed to orbit the unending cycle of rules, regulations and procedures.