"Protestors cannot be silenced through murder," Varun Gandhi had tweeted on Thursday morning. 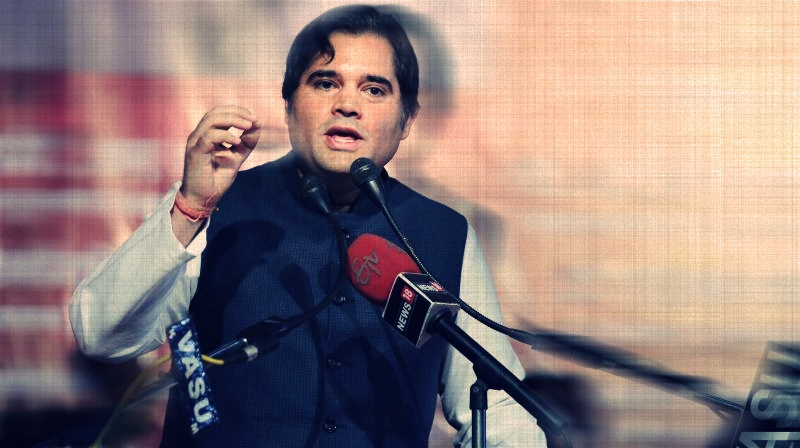 New Delhi: Three-time member of parliament Varun Gandhi and his mother Maneka Gandhi, also a five-term MP, were dropped from the Bharatiya Janata Party’s national executive on Thursday. Their sacking came on the heels of Varun condemning the Lakhimpur Kheri violence in a series of tweets.

In his tweets, he shared multiple videos that indicated that Union minister Ajay Mishra’s son Ashish was part of the convoy of cars that ran over protesting farmers, killing four and injuring many, at Lakhimpur Kheri. In the violence that ensued on Sunday, two BJP workers, Ajay Mishra’s driver and a journalist were killed as well.

He has also been consistently supporting the farmers’ movement, and over the last four days had been demanding that the BJP-led Uttar Pradesh government should immediately arrest the accused in the Lakhimpur Kheri farmers’ murder case. His and his mother’s omission for the 80-member national executive released on Thursday appears to be a punitive action for dissent, although the BJP sources brushed off the rejig as a “routine exercise”.

However, dropping critical leaders from the national executive is conspicuous as Varun may have been the only BJP MPs to have vocally expressed his support to the slain farmers ever since Lakhimpur Kheri violence captured national attention. He had also extended his support to the largest mahapanchayat of farmers in Muzaffarnagar on September 5, and has from time to time asked the government to find an immediate resolution to the farmers’ demands.

Most recently, Varun tweeted a video showing a VIP convoy of cars mowing down unarmed protesting farmers unapologetically. The BJP MP called it a “murder” and said that video was enough to “crystal clear” evidence against the culprits. He later demanded that accountability should be fixed for the “innocent blood of farmers”. “Justice must be delivered before a message of arrogance and cruelty enters the minds of every farmer,” Gandhi tweeted.

“Protestors cannot be silenced through murder. There has to be accountability for the innocent blood of farmers that has been spilled and justice must be delivered before a message of arrogance and cruelty enters the minds of every farmer,” he posted on Twitter.

The video is crystal clear. Protestors cannot be silenced through murder. There has to be accountability for the innocent blood of farmers that has been spilled and justice must be delivered before a message of arrogance and cruelty enters the minds of every farmer. 🙏🏻🙏🏻 pic.twitter.com/Z6NLCfuujK

Against this backdrop, Varun had also written to the UP chief minister Yogi Adityanath to initiate a CBI probe in the matter and announce a compensation of Rs one crore for the families of dead farmers. The UP government had earlier announced relief of Rs 45 lakh for the families.

It is, however, curious that the BJP government in UP has failed to make a single arrest in the aftermath of farmers’ killings since the violence broke out at Lakhimpur Kheri, even while it showed unusual promptness to drop seemingly dissident party MPs. Despite repeated demands from farmers’ groups, civil society, and opposition parties, the BJP has also chosen to retain the junior minister of home affairs Ajay Mishra in the Union cabinet.

Mishra too has been at the eye of the storm after his speech threatening farmers of dire consequences if they don’t pull out of protests went viral in the aftermath of the violence. His speech is said to have enraged the farmers, because of which they decided to strengthen their movement at Lakhimpur Kheri. The junior home minister has been claiming that neither he nor his son were present at the spot where the violence unfolded. However, eyewitnesses who were present said that Ashish was in one of the cars that rammed through the farmers’ rally.

Apart from Varun and Maneka, two other critical leaders – Chaudhary Birender Singh, two-time MP from Haryana, and veteran BJP leader Subramanian Swamy – have also been dropped from the national executive. While Singh had slammed the Union government’s farm laws, against which farmers have been protesting for over a year, more than once, Swamy has been the most vocal critic of Prime Minister Narendra Modi. Most recently, he was the only member to attack Modi when the illegal use of Pegasus spyware on citizens was being discussed nationally.