In a new order, the Bihar police has said action will be taken against those posting social media content criticising the government. 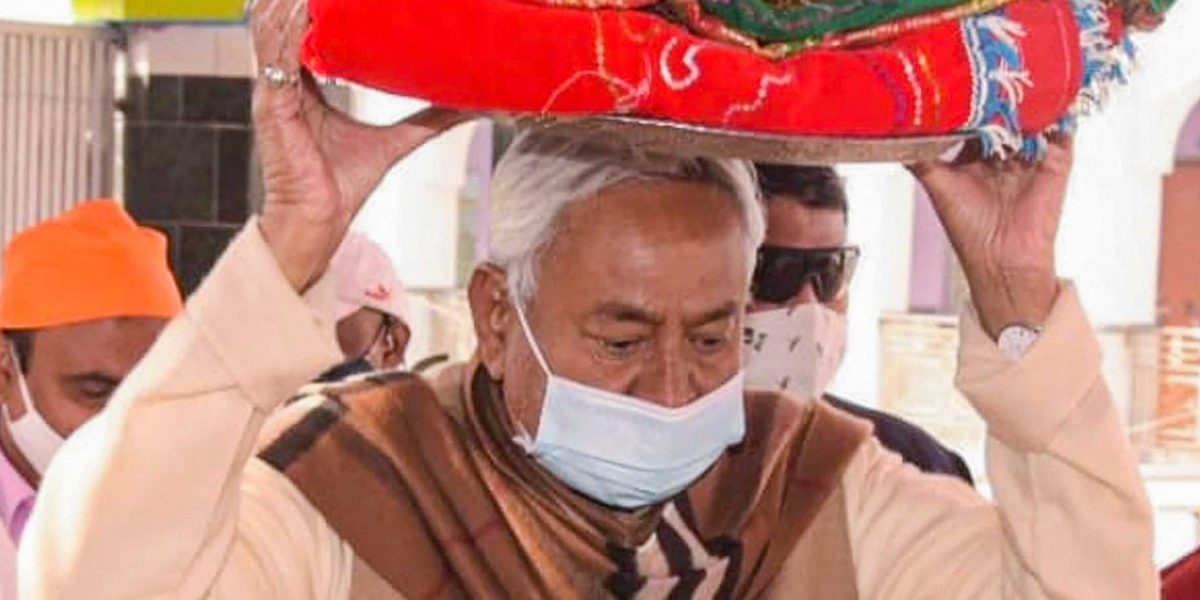 Patna (Bihar): Legal action can now be taken against those who make comments on social media about the Bihar government, its ministers, MPs and MLAs, and government officials.

On Thursday (January 21), a letter was issued by the Economic and Cyber ​​Crime Division of the Bihar Police Headquarters to this effect. For the last few days, chief minister Nitish Kumar has made a number of comments about negative social media posts – so it is believed that this order has been issued at his behest.

The letter signed by Nayyer Hasnain Khan, inspector general of police (economic offence wing), and sent to all the principal secretaries/secretaries of the Bihar government, reads, “Information is continuously coming to us that offensive/indecent and misleading comments are made with respect to the government, ministers, MPs, MLAs and government officials through social media/internet by certain individuals/organisations. This is against the law and falls under the category of cyber crime.”

“It is expedient to take legal action against such individuals and groups for this act,” the letter states.

It is also believed that this decision has been taken in view of the continuous criticism the Nitish government and its decisions have faced on social media.

The fear of a crackdown

In recent times, criticism of the government has increased on social media, as people use platforms to make their grievances public.

Apart from members of the general public, there are a number of YouTubers, social media influencers and local media platforms in Bihar who often criticise the government, and whose videos and posts go viral. They are fearing a government crackdown.

Tanzil Asif runs a hyper-local media platform, Main Media. He said, “When provisions against offensive posts and fake news are already there, such orders are clearly an attempt to spread fear against independent content creators.”

Vishnu Narayan, who runs the digital media platform Bihar Mail, agrees. He told The Wire, “In recent times, small independent media platforms have played a very important role in highlighting issues, be it the murder of Rupesh Kumar in Patna, lathicharge on farmers march or plight of BTET/CTET qualified candidates. I think this may have compelled the government to bring this order.”

“We have a social media-based audience. So if the government is trying to control social media, then not only actions will be taken against individuals but we will also be at the receiving end. This order by government is an unwelcome move,” he said.

Jugal Kishore Bharti runs a popular Facebook page and YouTube channel called Magadhi Boys. This channel comments sarcastically on government policies. He told The Wire, “If someone is abusing on social media, then there should be action against such people. But I cannot fully support the government order.”

“You’re powerful, but can’t afford a sarcastic  comment from content creators. Then what kind of powerful person are you are?” he asked.

Opposition parties have slammed the order, saying it is an attempt to gag voices on social media.

Tejashwi Yadav, former Bihar deputy chief minister and Rashtriya Janata Dal (RJD) leader, took to social media to criticise the order. He said, “The creator of 60 scams, Nitish Kumar, is Bhishma Pitamah of corruption, patron of misdemeanour criminals and the weak head of an immoral and illegal government. The Bihar Police sells liquor.  Criminals are rescued and innocent people are implicated. I challenge the CM – now arrest me under this order.”

Reacting to Tejashwi’s tweet, Janata Dal (United) leader Ajay Alok, “Being younger in age, I am giving an advice – do not challenge the government and do not show the red cloth to the bull. It will be harmful.”

Senior RJD leader Shivanand Tiwari said that he was surprised by the decision as Nitish was once an advocate of free speech. “He went to jail with us during the fight for freedom of expression. I am surprised by this order of the Bihar government,” he told The Wire.

He believes that the Bihar government has taken over the print media and now wants to take over social media too, so that no one can criticise the government. “Bihar newspapers don’t represent the general public and opposition’s voice. In such a situation, social media has become a medium of expression for them. People are putting their point across on social media. Social media has provided a platform for people to speak. Now, after taking over newspapers by giving heavy advertisements, the government wants to take away this platform also. That is why this decision has been taken.”

CPI(ML) state secretary Kunal has said that the Bihar government order was a conspiracy to end freedom on social media. “This order of the Bihar government is a reminder of the infamous 1982 press Bill of Jagannath Mishra. Against that, not only the journalist community but also the rural poor of Bihar as well as a large part of the populist-democratic group had registered a historical counter-protest and the government was forced to withdraw the black law,” he said.

He demanded that the social media order, too, should be withdrawn.

After large-scale criticism of the order, the government issued a clarification in an attempt to control the damage.

Jitendra Kumar, ADG headquarters, said that criticism was good for a healthy democracy, but criticism should be constructive and the language of criticism should be decent. He said, “This advisory was issued keeping in mind rumours and factually incorrect information, and posts involving the use of insulting language on social media – these are punishable offences under the IT Act.”

Significantly, in the last three or four years, about a dozen people have been arrested for commenting on politicians and criticising government policies on social media.

In one single week in 2019, at least eight people were arrested in Uttar Pradesh, Assam, Chhattisgarh and Tripura for making comments on social media against politicians.

Earlier, police used to arrest people for “offensive” social media posts under section 66A of the Information Technology Act, 2000.

In 2015, the Supreme Court had struck down the section, saying that the provision clearly affects the fundamental right to freedom of speech and expression guaranteed by the constitution.