The incident, which involved through the sifting of call data records as well, raises questions as to the extent of illegality within India's legal framework for surveillance. 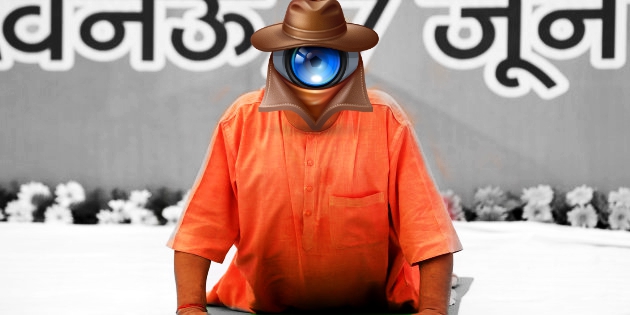 New Delhi: The Lucknow city police have claimed that they sifted through the call data records of over “10,000 phones” in order to catch two men who were allegedly responsible for dumping potatoes at prominent locations across the city.

According to multiple media reports, city police chief Deepak Kumar (also identified as the district’s senior superintendent of police) announced on Saturday that two men affiliated to the Samajwadi Party had been arrested for dumping potatoes at sensitive locations including on the roads that lead UP chief minister Yogi Adityanath’s house.

According to NDTV, the piles of potatoes which had been dumped “outside houses of top government functionaries to highlight the plight of potato farmers had deeply embarrassed the government last week”.

Strangely, the city’s police’s effort to crack the crime involved scrutinising the call records and possibly even tapping over 10,000 phones, in what appears to be a gross overreach of law enforcement power.  NDTV paraphrased Kumar as saying that in addition to combing through several hours of footage from CCTV cameras in the high-security area”, they put “more than 10,000 phones under surveillance”.

A separate report from New Indian Express cites Kumar as commending the city’s crime branch team for “sifting through 10,000 mobile phone numbers and checking the call records to corroborate it with the CCTV footage” and zero in on the culprits.

There appears to have been no questioning as to why such a drastic measure was required – the NDTV report does note, however, that it was “unusual to put such a large number of phones under surveillance in a single case”. The unusual nature of the measure, the report adds, is only compounded by the fact that the CCTV footage had already “captured the registration number of the vehicle that dumped the potatoes”.

What is the big deal in arresting people who threw potatoes, he was reported to have said, adding that “the crucial question that the BJP government should answer is how much money has been spent to help potato farmers”.

The Wire has extensively reported on the extent of illegality within the legal framework for mass surveillance in India. In 2014, the Centre released a new set of “standard operating procedures for lawful interception and monitoring of telecom service providers” – two weeks after a panel was set up to probe the Gujarat-based snooping scandal.

According to the new protocol, a telecom company can provide interception if the order is issued by the Union home ministry secretary or a secretary “to the state government in charge of home department”.

In the case of call data records (CDRs), “authorised security agencies” are allowed to seek information under Section 92 of the Criminal Procedure Code.

The Wire has also noted how in India there has been a severe lack of concrete data on the most basic of metrics – the frequency of surveillance requests made to the home secretary at the Centre and at the state government level for instance.