Though Adityanath had admitted on TV that he said what he was accused of saying, his government refused sanction to prosecute because it had been unable to confirm whether it was Yogi's voice on the CD Parvez Parvaz handed in. 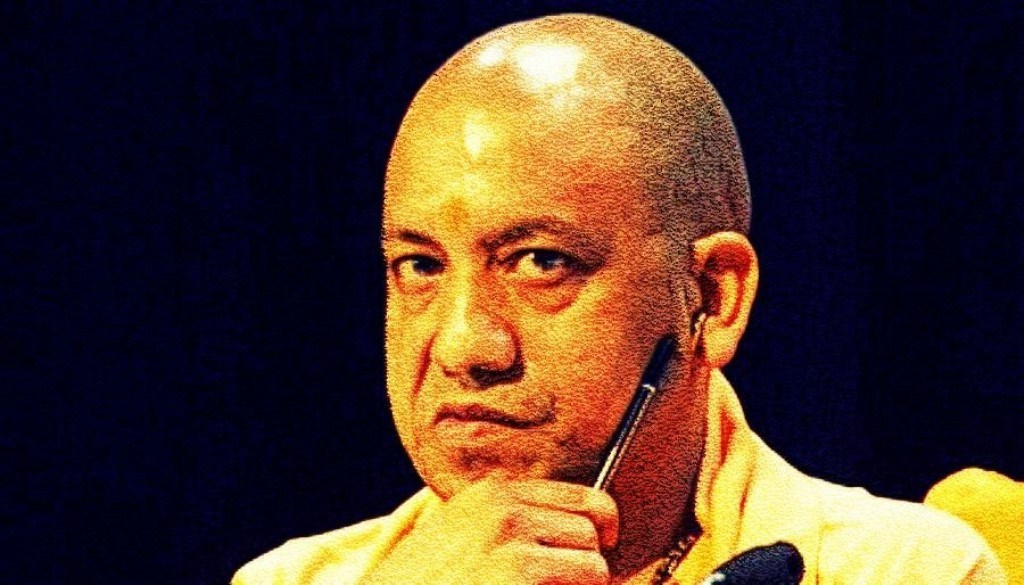 New Delhi: In what many view as a case of political vendetta by the BJP which pressed the matter, a Gorakhpur court has ordered the registration of an FIR against the activist who was the petitioner in the 2007 hate speech case against the Uttar Pradesh chief minister Adityanath.

Listening to a 2016 appeal by BJP leader Y.D. Singh, the court on December 14 ordered the police to register a case against Parvez Parvaz, also a journalist, for allegedly producing a doctored video as evidence in the case against Adityanath.

Parvaz was one of the petitioners against the then Gorakhpur MP and Hindu Yuva Vahini leader. He had also named the then mayor of the city Anju Chaudhary, then MLC Y.D. Singh, current MLA of Gorakhpur city Radhamohan Das Agarwal and current junior finance minister of the state Shiv Pratap Shukla for having incited the Gorakhpur communal riots of 2007.

It was on the basis of this video, allegedly found to be tampered, that Adityanath exonerated himself and others from the case soon after he assumed charge as the chief minister in 2017. The Wire had extensively reported about the case at that time.

In May 2017, the Allahabad high court pulled up the Adityanath government for delaying sanction to the CID to prosecute the accused persons in the case.

The crime branch of the state government’s CID, after years of probing the hate speech case, had submitted its draft final report (DFR) to the former Samajwadi Party government in 2015 and sought its sanction to initiate prosecution.

The SP government sat on the decision for two years before being toppled by the BJP in the state. This led to an ironical situation where Adityanath, as chief minister, had to initiate prosecution against himself and other BJP leaders.

Following the high court’s strong words, his government eventually refused sanction to the CID. It told the court that the CID could not find any conclusive evidence.

The central argument of the the UP government was that a Delhi forensic laboratory which examined the speech could not ascertain Adityanath’s voice in the video.

Speaking to The Wire, Syed Farman Naqvi, counsel for Pervez, asked why the Delhi lab did not take direct voice samples of Adityanath. “Nobody stopped the lab from doing so. It was a minor loophole in the DFR that became the state government’s defence,” Naqvi said.

He added that Adityanath had owned up to his provocative speech in a popular television show. The CID, too, in its DFR, had categorically asked said that there was enough evidence to prosecute the BJP leaders. The whole point of submitting the DFR was, in fact, to seek permission to arrest the leaders.

However, soon after the BJP came to power, the CID softened its stance and suddenly gave the Delhi lab report primacy over other evidence it had gathered. In a complete U-turn, the agency now said there was no reason to investigate the matter further.

In such a scenario, the HC accepted the BJP government’s refusal to initiate prosecution the leaders and also dismissed appeals in the case.

After this setback, in December 2017, two judges of the high court opened sealed court records that contained an incriminating CD, which allegedly contained the UP chief minister’s 2007 hate speech. This was allegedly the same CD which the CID had said in the DFR it could not find.

Writing for The Wire, senior journalist Ajit Sahi said that the government claimed that Parvez had given this CD to the police as evidence. “Parwaz, however, denied he ever gave a DVD (or even a CD) to the police. He told the high court he had indeed submitted a CD (and not a DVD) containing Adityanath’s hate speech to the chief judicial magistrate (CJM) in Gorakhpur back in April 2008,” Sahi wrote.

Pervez told The Wire that ever since he pressed charges against Adityanath, he has faced multiple threats, including false criminal charges on him. Two cases in which he is now an accused are of rioting and rape. Currently, he is lodged in jail in the rape case. While he denies these charges, it is interesting how he has had to face prosecution.

“Imagine, Pervez is a second accused in the rape case, but he was denied bail, while the main accused is out. Most witnesses have said that there was no such incident at the spot where the complainant has accused the two of rape,” Naqvi said, adding that the police arrested him just because the complainant named one Pervez in her FIR.

He said the police did not give any explanation why the activist was arrested. It was only months later that the complainant identified the activist as her alleged rapist. “We think that this is a case of political vendetta, nothing else. The woman has been forced to implicate Parvaz Pervez in the matter,” said Naqvi.

Pervez’s family has been appealing at the courts against what it feels is a “fake charge”.

Now, after the December 14 court order, he is likely to face another charge – that of doctoring evidence.

Y.D. Singh’s counsel Abhishek Shukla claimed that the DVD was sent for forensic test and the Central Forensic Science Laboratory in October 2014 found that the DVD was edited. He said that the Chief Judicial Magistrate court of Nusrat Khan ordered an FIR against Parvaz in this matter.

A senior police official, the PTI reported, said that they will register a case against Parvaz as soon as they receive the court order.