A close study of the state’s crime records reveal barely nine recently reported cases of marriages between a Hindu girl and Muslim boy. 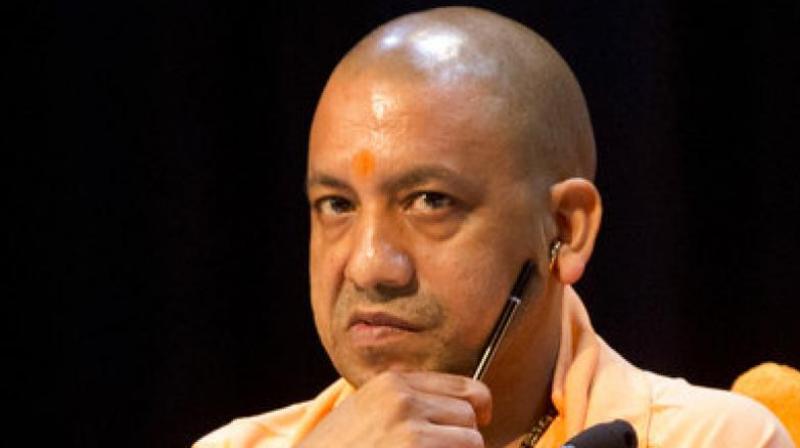 Lucknow: Uttar Pradesh chief minister Yogi Adityanath has asked officials to formulate a strategy and bring an ordinance if required to prevent religious conversions in the name of love, a PTI report released on Friday said.

The Hindu rightwing has coined the phrase ‘love jihad’ to describe an unsubstantiated Muslim conspiracy to convert unsuspecting Hindu women to Islam.

PTI has quoted an ‘unnamed official’ as having said, “Taking a serious note of such incidents [of forceful conversion and cruelty], the CM has directed that a concrete strategy be made to control such incidents. It has often been seen that this is being done in an organised manner. If required, an ordinance can be brought for it.”

In Kanpur, the police had recently set up a Special Investigation Team to look into reports of “love jihad”.

The report was allegedly prepared after a study of laws in the country and neighbouring countries like Nepal, Myanmar, Bhutan, Sri Lanka and Pakistan, along with court judgments.

“The commission is of the view that existing legal provisions are not enough to check religious conversions and on this serious matter, a new law is needed like in some other states,” the report said.

However, as Sharat Pradhan writes in his analysis for The Wire, “A close study of the state’s crime records gave a completely opposite picture. In all, there were barely nine recently reported cases of marriages between a Hindu girl and Muslim boy. And these too were limited to just five of UP’s 75 districts, namely Kanpur, Meerut, Aligarh, Lakhimpur-Kheri and Ghaziabad. In five of these nine cases, the Hindu girls openly refuted the accusations of ‘love jihad’ on the basis of which complaints had been made by their respective parents.”

“In most of the remaining cases, say lawyers, police and parental pressure usually works to undercut the marriages, with the girls then agreeing to return home,” Pradhan writes.

“What emerged during the course of the police investigations was that complaints were usually made by angry parents, for whom the idea of an inter-religious marriage is outrageous and therefore thoroughly unacceptable. So they typically came up with stories, blaming the Muslim grooms for enticing their innocent daughters,” he adds.

PTI has it that Law Commission’s 268-page report allegedly includes “newspaper clippings regarding forcible conversions, international covenants on the right to religion, anti-conversion laws in neighbouring countries and India.”