Abdul Karim Telgi Is Dead. Can We Exhume the Stamp Paper Scam?

If the structural loopholes that helped Telgi make a mockery of the might of the Indian state go unattended, India’s national security will not be the only casualty. 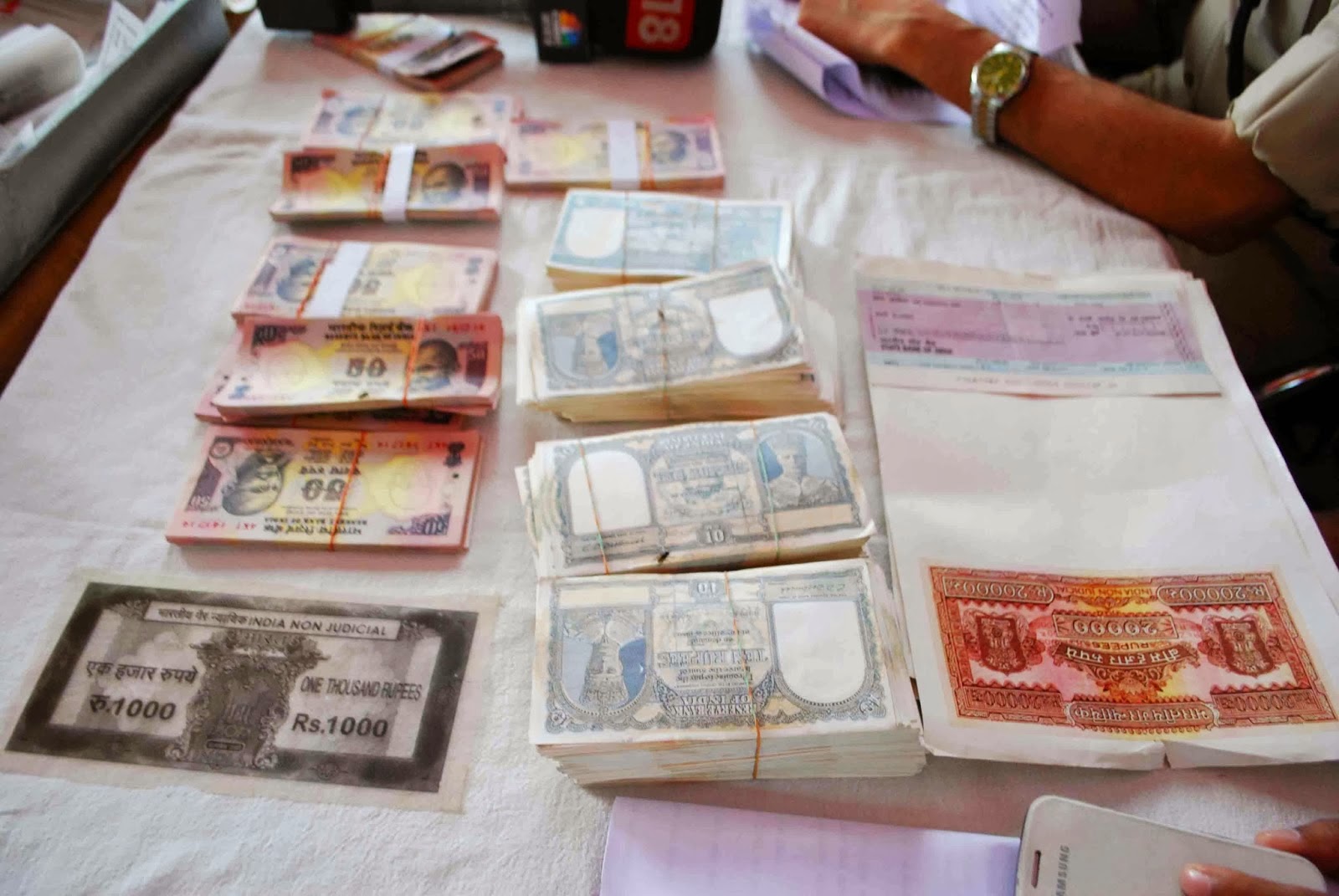 While a case of fake stamp paper was registered in 1991 and another in 1995, the Maharashtra police officers investigated the cases in the most casual way, and Telgi got away. Credit: Twitter

With his death, Abdul Karim Telgi took his personal and professional secrets to the grave. India’s criminal justice system could do nothing to unearth the specifics of his financial collaboration with police officers, bureaucrats and heavyweight political godfathers in Maharashtra and other states. Telgi, a school dropout who sold peanuts at railways stations in the 1980s to make a living, built an elaborate counterfeit operations network worth thousands of crores across several states including Maharashtra, Karnataka, Andhra Pradesh, Delhi and Gujarat.

Was it possible for Telgi to build such a well-oiled crime syndicate without the involvement – direct or indirect – of politicians, police officers and senior bureaucrats? What happened to the money trail? Did the country become free of counterfeit stamps and stamp papers after Telgi went to jail? These questions should trouble India’s policy makers and educated class.

Below are the things related to the fake stamp and stamp paper scam that should worry every Indian who believes in the accountability of the state machinery (revenue, law enforcement, criminal investigation and intelligence establishment).

Firstly, the fact that Telgi could infiltrate India’s closely guarded security press so extensively and for so long is a reflection of the way our intelligence establishment (both revenue and security intelligence) works. Telgi was able to bribe insiders to obtain production programmes of the India Security Press (ISP) in Nashik. He knew what category and denomination of papers were being printed and sent to the market at any given time. He was able to buy special printing machines from the Nashik press which had supposedly gone beyond their shelf life, and were meant to be destroyed and sold as scrap. He bought them as scrap (at an auction which was fixed in his favour), but he was able to ensure that the presses were not destroyed, as they were meant to be. The Maharashtra police probe team did everything to give the ISP officials a clean chit. They were clearly protected and shown as ‘witnesses’ despite clear evidence about their complicity.

Secondly, Telgi was already on the radar of the Maharashtra police and its high-profile officers like R.S. Sharma well before he established his crime syndicate. Mumbai police first arrested him in 1991 for cheating. Using political connections, he acquired a stamp paper licence in 1994 and procured machinery from the Nashik Security Press declared as ‘junk’. Telgi and his cohorts made use of equipment ‘discarded’ by the ISP at Nashik and were able to get the assistance of technical personnel – both serving and retired – of the ISP. A year later, he lost the license when he was arrested on a complaint filed by the superintendent of stamps for transacting business in fake stamps worth Rs 16 lakhs. Undeterred, Telgi appointed several agents who applied for licences and acted as fronts for him. Ashok Chavan was the minister who granted the stamp licenses. In 1995, Telgi was arrested in connection with four cases. In spite of not getting anticipatory bail, he managed to go scot-free by bribing senior police officers and their subordinate officers.

While a case of fake stamp paper was registered in 1991 and another in 1995, the Maharashtra police officers investigated the cases in the most casual way, and Telgi got away. Although his racket was busted several times, he managed to escape the police dragnet many times. In an affidavit, additional commissioner of police (ACP) Sanjay Bharve asked why, in spite of 27 cases of cheating registered against Telgi, he was never taken in. However, with mounting public pressure and judicial intervention, the Maharashtra government constituted a Special Investigation Team (SIT), and Telgi’s run came to an end in 2001. Had it not been for public pressure, Anna Hazare’s public interest litigation (PIL) and the court’s insistence on an investigation, Telgi’s criminal syndicate might have been swept under the carpet. 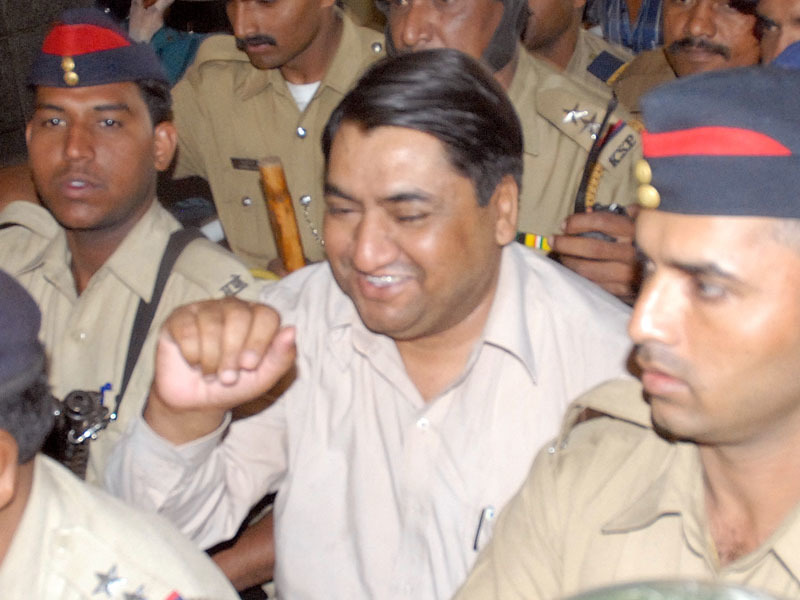 The Maharashtra SIT’s report on the stamp paper scam was a damaging exposure of the manner in which corrupt and compromised police officials subverted, extorted money and let off criminals. Deputy inspector general Subodh Jaiswal, who headed the Maharashtra SIT, found police officers partying with Telgi in his Colaba house. The racket of registering weak cases against Telgi was only halted because the cabal of dirty cops squabbled over the loot.

Jaiswal’s report on allegations levelled by S.M. Mushrif, ACP, crime at Pune, against the then Pune commissioner of police R.S. Sharma, who went was made commissioner of police at Mumbai despite these charges, did not exonerate Sharma or show Mushrif in good light either. Jaiswal confirmed that the names of Telgi’s minor daughter, wife and ailing brother were included in a hurry, that too within three days after filing the chargesheet and without any clear evidence against them in the case diaries. Even the 22-line chargesheet filed in the case with no specific charges established the ‘causal and cavalier manner’ in which the scam was investigated. Jaiswal found the quality of Mushrif’s supervision ‘‘obviously selective to say the least’’. It was an irony that the sordid saga would not have been exposed if Mushrif had not levelled serious allegations against his seniors.

Big institutions like the Indian Oil Corporation or the Life Insurance Corporation of India kept buying stamp papers from the “marketing executives” employed by Telgi as they offered them discounts of up to 5% – a substantial amount given that most stamp vendors give discounts up to 2.5%. No one find anything fishy with this arrangement.

Telgi had received luxurious treatment while in custody of the Mumbai crime branch between November 2002 and January 2003. He was brought to Mumbai in November 2002 on a transfer warrant in a murder case registered against him at the Cuffe Parade police station. Strangely, the case was transferred from the Cuffe Parade police station to the Dharavi unit of the crime branch. The cops showed him as an accused in seven offences of fake stamp papers. Although they sought Telgi’s police custody, the latter was not kept in a lock-up. Instead, the police had put him up at Hotel Apsara in Kurla for nearly 30 days. He was provided with the comforts of an air-conditioned room and other luxuries. Things didn’t change in Karnataka either.

Now that Telgi is gone, there will be discussions and debates. Retired IPS officers will write articles and appear on TV channels to give their expert comments. They have already done that. Nothing new. Nothing extraordinary. But if the structural loopholes that helped Telgi and his political and police mentors and partners in crime make a mockery of the might of the Indian state go unattended, there will be consequences. And India’s national security will not be the only casualty. It is time we exhume the remains of the fake stamp and stamp paper scam and make the state machinery accountable.