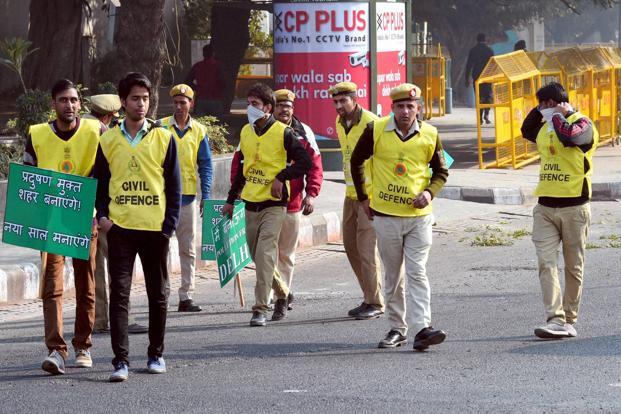 On March 15 last year, the state run Chinese news agency, Xinhua, ran a critical piece on Indian democracy. Coincidentally, the scathing commentary appeared exactly a month after the Aam Aadmi Party decimated the two most powerful and firmly entrenched national parties in the Delhi state assembly elections. The verdict was a vindication of the possibilities of Indian democracy. However, Xinhua termed the process of elections in an Indian-style democracy as the mere means of division of power. It said, mockingly, that if China had opted for democracy it would have become another India “where 20% of the world’s poorest live and whose democracy focuses on how power is divided”.

It was not the first time that Indian democracy was ridiculed. Singapore’s Lee Kuan Yew had once famously said that ‘Indians talk while Chinese do.” Domestically too, many commentators and economists have faulted the consensual decision-making process of our system for policy logjams. “I consider China as my role model in development,” Andhra Chief Minister N. Chandrababu Naidu stated recently at an investors meet. It is not a mere coincidence that Naidu is openly aligned with the NDA.

Since taking over as prime minister, Narendra Modi has set in motion a top-down, autocratic model of governance. In May 2015, the Economist called Modi a one-man band. It said, “Mr Modi has concentrated more power in his own hands than any prime minister in recent memory. The problem is that India needs a transformation—and the task is too much for a one-man band”. Modi has shown scant regard for parliamentary democracy. Around a dozen ordinances have been issued in less than one and a half years of his rule. NDA-appointed governors in non-BJP ruled states have been trying to derail the democratically elected governments at the centre’s behest. Absolute obedience to one man’s authority is the hallmark of the Modi model of governance.

In stark contrast to the razzmatazz of the Modi model that seeks reverence, faithfulness and loyalty of the people, the Arvind Kejriwal government in Delhi has been putting in place a participatory, discursive and decentralised model of governance. The list of the Delhi government’s achievements is long though grossly under-reported. Since February 2015, the AAP’s government has hugely improved the supply of water, the delivery of public services, the quality of education and medical care provided in government institutions and also made the power tariff affordable. Government processes have been made simpler, logical and objective by massively cutting down on red-tape and corruption. However, it is the unanticipated success of the ‘odd-even private car scheme’ that has for the first time focussed the national spotlight on the AAP model of governance.

The single biggest charge against the AAP so far has been that it is good only at holding agitations and mass movements – governance is not its forte. The second allegation has been that Chief Minister Arvind Kejiwal is a man in hurry and he doesn’t have a clue of how to conceive and carry out large public projects. Both these charges have been conclusively demolished by the unprecedented success of the odd-even number plate formula.

The political executive has always been shy of taking difficult policy decisions that may cause short-term pain for long-term gains, leaving it to the judiciary to carry out seemingly unpleasant executive functions. Whether it was the decision to ban diesel buses in favour of CNG or the imposition of an environment compensation charge on non-destined commercial vehicles entering Delhi or the shifting out of polluting industries from the national capital – it has always been left to the higher judiciary to take the uncomfortable policy measures needed to ameliorate civic governance.

I would argue that the odd-even number plate scheme is the most radical urban policy decision that this country has seen till date. Naysayers had predicted a doomsday scenario with chaos and pandemonium all around. The results have left everyone pleasantly surprised. The party of ‘agitations and disruptions’ managed to turn the scheme into a people’s movement in a span of one month. Through a series of meetings, radio and newspapers appeals and stakeholders’ discussions, Kejriwal turned the scheme into a civic movement.  The message our government gave was that volunteerism and self-compliance alone can make the scheme a success.

There are many more takeaways from the success of the anti-pollution measures taken by AAP government. One that needs special mention is the resounding message sent out by the people of Delhi, which is that if the system had failed to take bold and radical policy measures so far, it was not the people or Indian democracy that were at fault. It was the dysfunctionality of the political class and its narrow vote bank calculations that have been at the root of policy paralysis. The AAP has always believed that consensus-building, decentralisation of powers and empowerment of the common man is essential to good governance. Real change is one that empowers the people. This is not to say that vested interests and status quoists will not resist and fight back. But the way to combat them is not arbitrary decrees or lesser democracy. People’s participation and transparency in government functioning can alone drive transformational change.

If the point needs any further vindication then one has to just compare the results of the ‘Swachh Delhi’ campaign recently undertaken by the AAP government with the ‘Swachh Bharat’ campaign of the prime minister. On November 16, the Delhi government launched the Swachh Delhi mobile App and asked the people to use it to click and upload the pictures of garbage and debris in their neighbourhood. The one month drive saw over 1 lakh app downloads and over 50,000 complaints of garbage received and satisfactory addressed. The entire exercise jointly carried out by the PWD and three civic corporations cost merely a few crores. On the other hand, Narendra Modi’s Swachh Bharat campaign has been reduced to empty sloganeering and a spree of photo-ops and publicity. Till July 15, the Modi govt had spent nearly Rs 100 crore on print, radio and tv ads to promote the Swachh Bharat Abhiyaan. From being a comprehensive clean India campaign as it was positioned initially, the Abhiyan is now reduced to just a toilet construction programme. The total outlay is a whopping Rs 2 lakh crore with all the powers under the scheme being vested with a huge bureaucracy that has been newly put in place for its execution. So much for all the tall talk about maximum governance and minimum government.

Electoral verdicts will continue to be read in different ways by different stakeholders. The lesson we draw from the historic mandate we received from the people of Delhi is that people are keen for genuine engagement in matters of governance. They are seeking transformational rather than incremental change provided governments place people at the centre of the process of change. In contrast to Modi’s one-man band philosophy, the AAP motto is all hands on deck.  And we believe it is the only way forward.