The Function Creep That Is Aadhaar

The government seems to either not notice or not care about the many glitches in the Aadhaar system, as it enters more and more parts of our lives.

The government seems to either not notice or not care about the many glitches in the Aadhaar system, as it enters more and more parts of our lives. 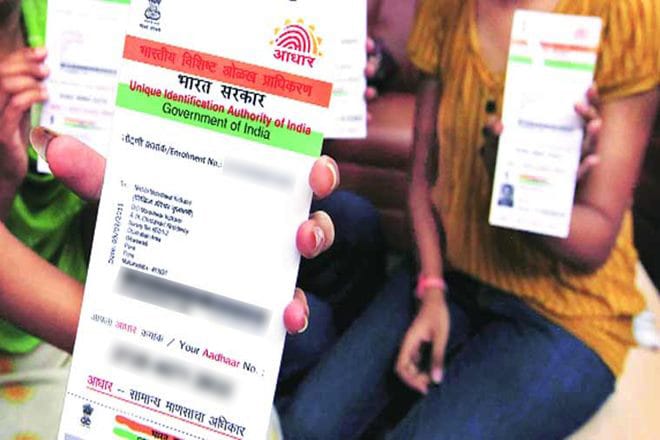 This is the second in a series of articles on the UID that Usha Ramanathan will be writing for The Wire. Read the first part here.

It’s called ‘function creep’ – except that it’s not creeping in, but stomping all over us.

What is function creep? It’s when a technology that is introduced for a certain purpose is expanded beyond its original intent. In the case of the unique identification (UID) project, it was promoted as providing the poor with an identity. Then, it was about de-duplicating the entire population, so that each person would have one unique number by which they could be identified. Then it was to get rid of ‘ghosts’ and ‘duplicates’ in welfare systems and to prevent ‘leakages’. Then it was to create businesses for private companies, so Section 57 of the Aadhaar Act was enacted as a money Bill. Then it became a means of enforcing the cashless economy. Then data as property and the exploitation of the UID number for making people leave detailed digital footprints became the game. Then it became a precondition for underserved and socio-economically vulnerable people to get any manner of state assistance. Then, from denial of entitlements if a person is not enrolled or does not seed their number, it has reached a point where not having a UID number will force you to commit an offence. Why? Because you want to pay your taxes, but you cannot, because the government will refuse to accept tax payment from you if you do not give them your UID number. And they will cancel your PAN card and then levy a penalty because you do not have a PAN card.

In anticipation that the UID number will make it possible to peer into people’s lives in ways that are both uncivilised and unconstitutional, a range of petitions reached the Supreme Court in 2012-13 asking the court to put a halt to it. The Parliamentary Standing Committee had already rejected the Bill and the project in December 2011, and asked the government to return to the drawing board. But the government of the day had chosen to ignore the recommendations. The court saw that there were serious concerns that had to be addressed before a decision could be made one way or the other about the project, which is why six orders were passed by the court. First, they asked that the government should not make the UID mandatory. And, when their orders were consistently disobeyed, they restricted the use of the UID number to six schemes, even here to be used voluntarily. The UPA government disregarded the orders of the court and now the present government is using its majority in the Lok Sabha to steamroll their way through court orders, evidence of biometric failure and exclusion, thousand of blacklisted applicants and an unaudited data base.

Uses of the function creep

Here’s an illustration of what function creep is producing:

The list just goes on and on, growing at a tremendous pace.

This enthusiasm lies not only with the central government, but also in the states, which are hard at work threatening people with exclusion if they do not seed their UID number. For instance, Telengana has made seeding mandatory to get job cards under the Mahatma Gandhi Rural Employment Guarantee Scheme, adding: “Note: UID number once seeded cannot be modified.” That is, the consequence of errors are to be borne by the individual seeking work under the employment guarantee scheme.

How is this function creep explained? There is a parrot-like repetition of words and phrases in the first paragraph of many of these notifications:

“Whereas the use of aadhaar as identity document for delivery of services or benefits or subsidies simplifies the government delivery processes, brings in transparency and efficiency, and enables beneficiaries to get their entitlements directly in a convenient and seamless manner and aadhaar obviates the need for producing multiple documents to prove one’s identity.”

This is just repeated time after time, never mind the context or relevance. ‘Duplicates’ is used like a magic word, like ‘Open Sesame’ – remember Ali Baba and the 40 Thieves?

When the Finance Bill 2017 was turned into an Act in March this year and the finance minister said “Yes, we are” when asked if he was ‘forcing’ people to get a UID, he also said, “If the technology, which has a network of 108 crore people and all taxpaying households have it, and they give it along with their income tax returns, then the scope for fraud and tax evasion comes down.”

What has parliament been told about duplicate PAN cards? The Rajya Sabha was told on March 31, 2007, that 13.1 lakh people had duplicate PAN cards. Some years later, on April 22, 2016, parliament was informed that 11,56,894 PAN cards had been cancelled. Were these all fraudulent? The minister explained the different reasons for the duplicate PAN cards: incorrect data entry, multiple applications by the same person with different particulars and PAN cards being allotted both when income tax returns are filed as well as on the application for a PAN card. This means that there is a system in place that helps in the detection of duplicates that the UID de-duplication plan will dislodge. But the UID project has its own set of problems that are so significant that it is a wonder that the government has not thought to pause, consider whether it is delivering what its promoters said it would and then decide whether or not it is wise to keep on going with it.

The evidence that is emerging in the UID project is damning:

[So, let me pause here to tell the story of A.S. and his son. He wanted that his ten-year-old son do the entrance exam to get into Navodaya School. Before he could apply, he needed a caste certificate. To get a caste certificate, he needed to have a UID number. Getting the number would take more time than he had, so he asked what else would do. The sub-divisional magistrate said passport (which not everyone has and I don’t think I need explain why), driver’s licence (which he did not have and may be this too needs no explaining), ration card (in Delhi you cannot be on a ration card without a UID number, which he did not have) or a UID number. So A.S. got his son to enrol in the UID programme. A few weeks passed. No letter, no number. He checked on the net. His application had been rejected – because his son was a ‘duplicate’, although he hadn’t ever enrolled before. That’s the end of that story. Except that A.S. has taken the matter to the Supreme Court; only, the court has not had the strength nor the time to hear and decide. This, by the way, is not an aberration. We hear these stories everywhere.]

Function creep has become function stampede and is overrunning our lives, even as evidence of the deep problems in the system is becoming manifest.

The scary thing is that the government seems to be in denial about all the problems that are showing up in the system. When you have a chief economic advisor who says, “Nandan told me” that all is well with the database and takes that as sufficient guarantee for changing entire systems, there is cause for concern. And when the court is too preoccupied with other matters, the possibility is of irreparable damage – to existing systems, and to the relationship that the citizen has with the state.

Usha Ramanathan is a legal researcher.