A Failed Attempt to Create an Equally Sanitary India

In a survey across India's states, irregularities and failures of the Swachh Bharat Mission were clear to see. 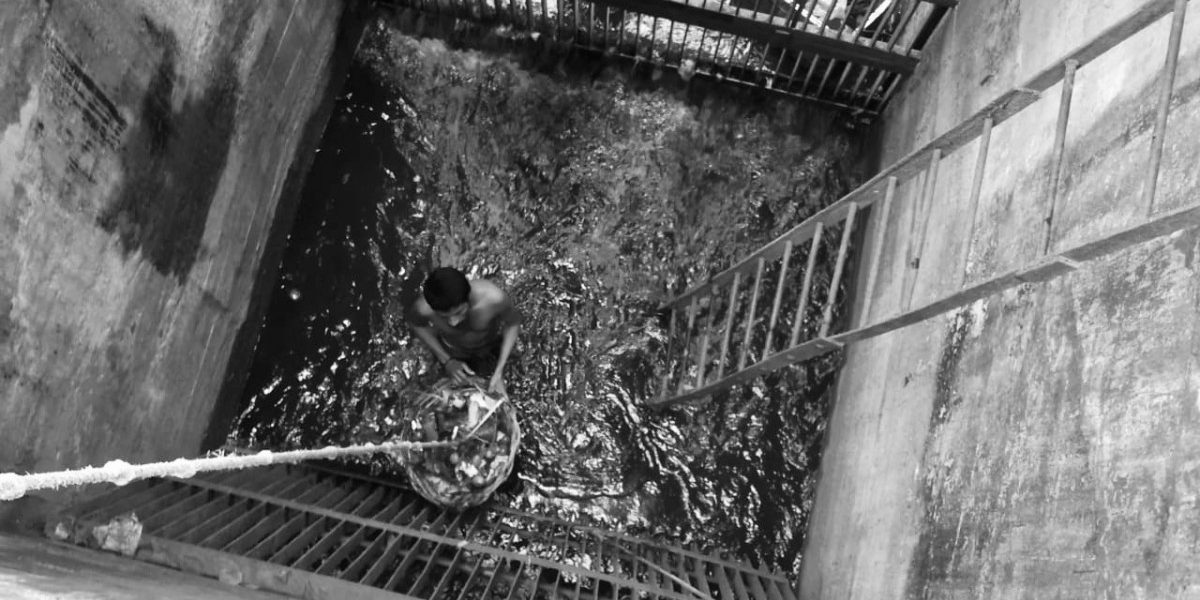 Photo: Baby Devi and SASLN team, Bihar and UP

This is the introduction to a 24-part series starting next week, covering the sanitation crisis in each Indian state. Each part will be accompanied by a visual documentary on the specific state, highlighting the effects of the Swachh Bharat Mission and the continuation of manual scavenging in India. The series is based on the Rehabilitation Research Initiative (RRI India) and South Asian Labour Network (SASLN) study in 27 states, between 2017 and 2021.

No project of citizenship in India can be complete without an institutionalised ethic of civility. To this effect, the project of Swachh Bharat was an important step in building toilets to provide basic sanitary facilities and also a stepping stone to the idea of a dignified life. Access to cleanliness is a necessary mode of inclusivity.

However, the Swachh Bharat Mission seems to be fraught not only with inadequate implementation and will, but also the misuse of funds and false claims. Based on one of the most extensive surveys conducted by those associated with the South Asian Labour Network on the outcomes of the Mission, we present some preliminary findings here.

The SBM-Urban and -Gramin websites have been showcasing over 30% manufactured data, with over 12 lakh toilets ‘constructed’ between 2014 and 2020 that do not exist, and beneficiaries who have no knowledge of the toilets apparently built in their houses. With thousands of false physical verifications in rural areas, beneficiaries’ photographs have been found to be misrepresenting individual household toilets that only exist on paper. Many are in front of the previously built neighbour’s toilet with the same SBM wall paintings (RRI, India). Not only that – data on several districts’ ODF (open defecation free) status has also been manufactured, with over 20 million people in rural areas still defecating in the open. Bihar, Odisha and Tripura are the worst performers in actual ODF estimates, despite the declarations on their government websites.

Since the COVID-19 pandemic began, 6,723 insanitary latrines have been built in just the semi-urban and rural areas of Khagaria, Begusarai, Supaul, Chandauli, Badaun and Sitapur, making Bihar and Uttar Pradesh states with the highest number of new dry latrines built despite the PMSR (Prohibition of Manual Scavengers and their Rehabilitation Act, 2013). The real question is, why are insanitary toilets still being built at all?

The mission statement through the Ministry of Housing and Urban Affairs claims that in the last seven years, over 70 lakh households, community and public toilets have been built, thus providing safe and dignified sanitation solutions for all. However, instead we have many beneficiaries who say they never received the promised money, and over Rs 1,440 crore unaccounted for. 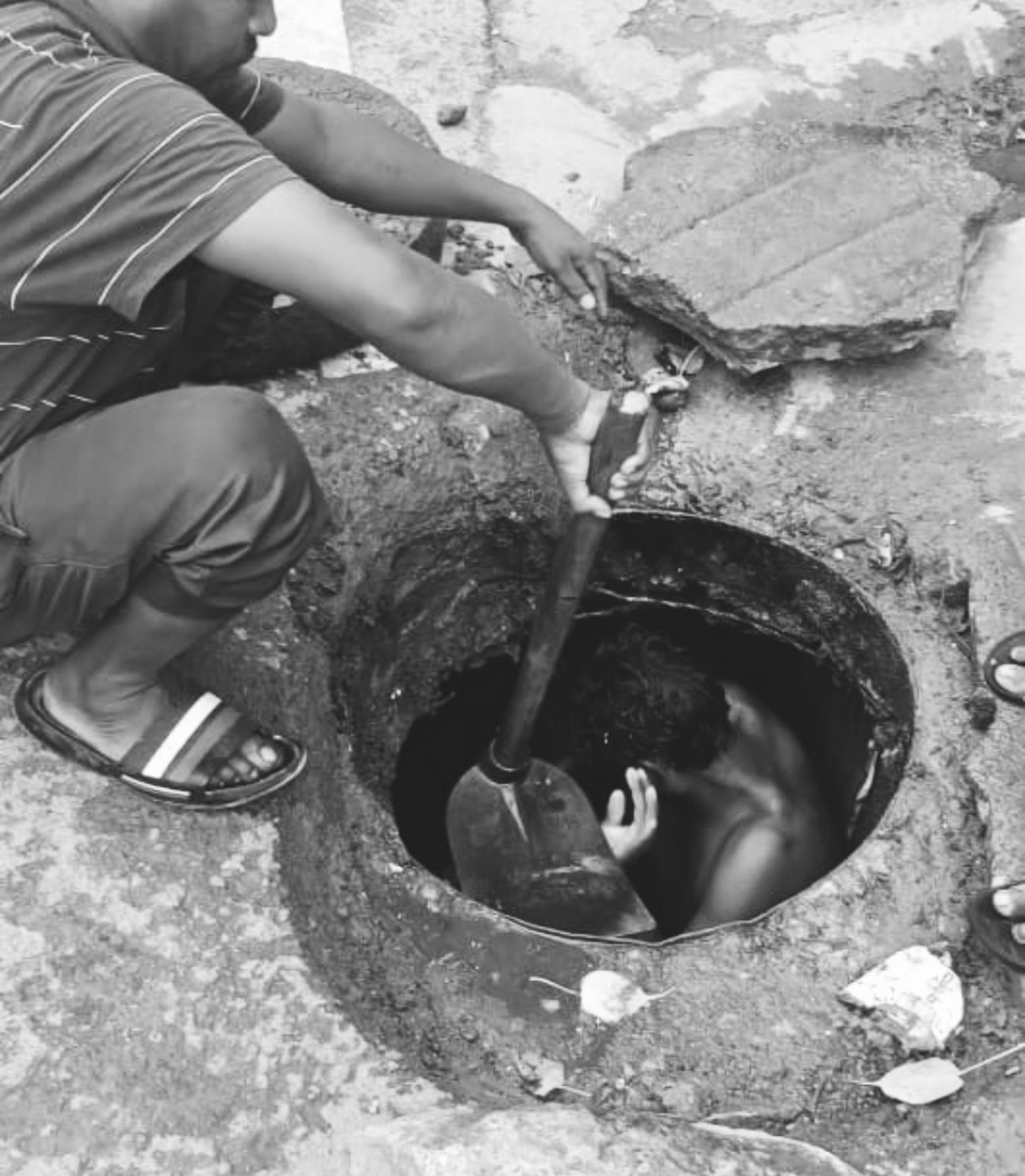 Photo: Baby Devi and SASLN team, Bihar and UP

Odisha and Jharkhand have reported the maximum number of filed complaints on money being ‘spent’ but no toilets being constructed, according to the SASLN study. Madhya Pradesh and Rajasthan have the maximum number of ‘missing toilets’. Over 3.2 lakh beneficiaries are not aware of the toilets constructed in their names through SBM-G. Many surveys since 2017 have found that of the households which have toilet access, over 30% are never used, making the ODF estimates at odds with the government’s reports.

Another important question is why so many people are still not using those toilets which actually exist. In 2021, the survey found, more than 45% of India’s population still defecates in the open. The reason for this is the non-maintenance of built toilets in combination with usage of substandard materials for construction. Toilets therefore become the sole responsibility of sanitation workers. False claims by the government like ‘5.5 lakh sanitation workers have been linked to social welfare schemes’ further worsens their conditions. With poor implementation in rural areas, over three lakh sanitation workers and waste workers are facing risks – and not benefits – from toilets built under this Mission, since they live on the peripheries of ‘dumping sites’. The biggest challenge is pipes opening in drains near drinking water sources, which contaminate them with faeces.

Sanitation workers in 23 states have also identified 70,942 single pit latrines in their localities which have not been opened even once in the last seven years. West Bengal and Tamil Nadu alone have 9,631 such toilets. This is also the main reason for the non-usage of toilets in rural households. Over 20% of the total community and public toilets in rural areas have no tap water connection.

Even after several complaints after the 76th NSS round survey in 2019, officials under the Ministry of Statistics and Department of Drinking Water and Sanitation claimed to the authors that they were regularly pressured by the higher-ups to hide the irregularities in the data. Instead, they were asked to say that respondents often give negative replies to avail additional benefits from the schemes.

Also read: Here’s Why India Is Struggling to Be Truly Open Defecation Free

The main focus of SBM 2.0 should have been reassessing ‘already built’ toilets but also launching a nationwide survey and physical verification campaign. A larger probe is also needed to assess the SBM sanctions since 2014, since there are a lot of errors in the SBM database. Is it time for the government to come up with a detailed explanation as to why they have been manufacturing data on lakhs of toilets. In the next few years, with so many neglected toilets and poor sanitation systems, these could become hubs for disease to spread.

Indian democracy and its foundations of civility are closely associated with caste and imageries of ‘purity’ and ‘pollution’. The Swachh Bharat and the project of building toilets should have been associated with both a collective fight against caste-based discrimination as well as access to better health. In failing to realise these goals, we see a failed commitment to equal citizenship.