Bano is challenging the practices of instant triple talaq, polygamy, and halala in the Supreme Court, arguing that they are unconstitutional and violative of her fundamental rights. 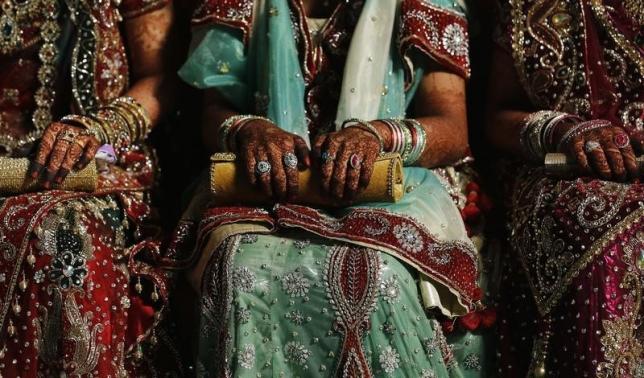 New Delhi: Shayara Bano was visiting her parents in Kashipur when she received a letter from her husband in October 2015. It was a talaqnama – he was divorcing her instantly, without giving her the opportunity to respond. Since then the 35-year-old has been unable to see her two children who are 14 and 12 years old.

In February 2016, Bano moved the Supreme Court asking for the practices of instant triple talaq, polygamy and halala (a practice which requires that a woman consummate a new marriage before she can return to a previous one) to be declared illegal.

In doing so, Bano became the first woman to challenge these practices citing her fundamental rights enshrined in the Indian Constitution.

As a profile of Bano in The Indian Express mentions, she is not seeking codification of Muslim personal law in the country, nor does she mention the Uniform Civil Code in her application. Instead she is challenging these practices by invoking her rights to life and personal liberty, equality before the law and prohibition against discrimination.

The All India Muslim Personal Law Board (AIMPLB) is contesting Bano’s application to the Supreme Court.

Muslim women’s rights activists have been asking for an end to instant triple talaq for decades. As the BBC reports, Bharatiya Muslim Mahila Andolan (BMMA) released a report last November which revealed almost 100 cases of triple talaq recorded by the group. A month later, the group filed a petition in the Supreme Court and wrote to Prime Minister Narendra Modi asking for “reforms in Muslim divorce and polygamy laws.” A BMMA survey found in 2015 that more than 90% of Muslim women surveyed in India want a ban on triple talaq and polygamy.

Debates have been raging around Muslim personal laws for long, especially since the landmark Shah Bano case in 1984. That year, a 62-year-old woman named Shah Bano took her husband to court over his failure to pay maintenance after leaving her and abandoning their five children. Her husband, Mohammed Ahmed Khan, had married a second time. In 1985, Shah Bano won the case. The Supreme Court ruled that like any other Indian woman, Shah Bano was eligible to receive maintenance under Section 125 of the Criminal Procedure Code.

The decision was strongly condemned by the Muslim Personal Law Board and the Muslim clergy who said it was an attack on Islamic law under which a husband is entitled to pay maintenance for a period of about 90 days after divorcing his wife. The Rajiv Gandhi government then enacted the Muslim Women (Protection of Rights on Divorce) Act, 1986, which served to dilute the Supreme Court’s ruling in favour of Shah Bano.

The government’s move elicited protests from the BJP-led opposition and as Subhasini Ali points out in an India Today piece about the immediate aftermath of the case, “the question of gender justice was drowned in the babel created by communal forces”.

Speaking of the damage inflicted to the cause of Muslim women’s rights activists by the communalisation of the issue, feminist scholar Uma Chakravarti said, “In the last 30 years since the regressive Shah Bano judgment, Muslim women’s organisations – who have waged a relentless struggle to secure gender justice – have had to be extremely mindful of the political and social context so that the diverse living realities of Muslim women across class get reflected and engaged with.”

Masooma Ranalvi, an activist who works to end female genital mutilation among Bohra Muslims in India, said that it was important to remember that triple talaq was not a practice that was prevalent among all Muslims. “Just like any other community there is multiplicity in customs, practices and jurisprudence,” she said.

At the same time, she said there was a need to end the practice, which had already been outlawed in several other countries. “We have to raise a unified strong voice to end unilateral divorce, as there is no sanction for this outdated practice.”

Khairun Nishad, a member of the Bebaak Collective, said that the personal laws of all religions must be reformed in order to achieve gender justice.