Research found that women’s NGOs had made vital contributions to the success of development projects, but they were easily marginalised and trivialised once those projects got off the ground. 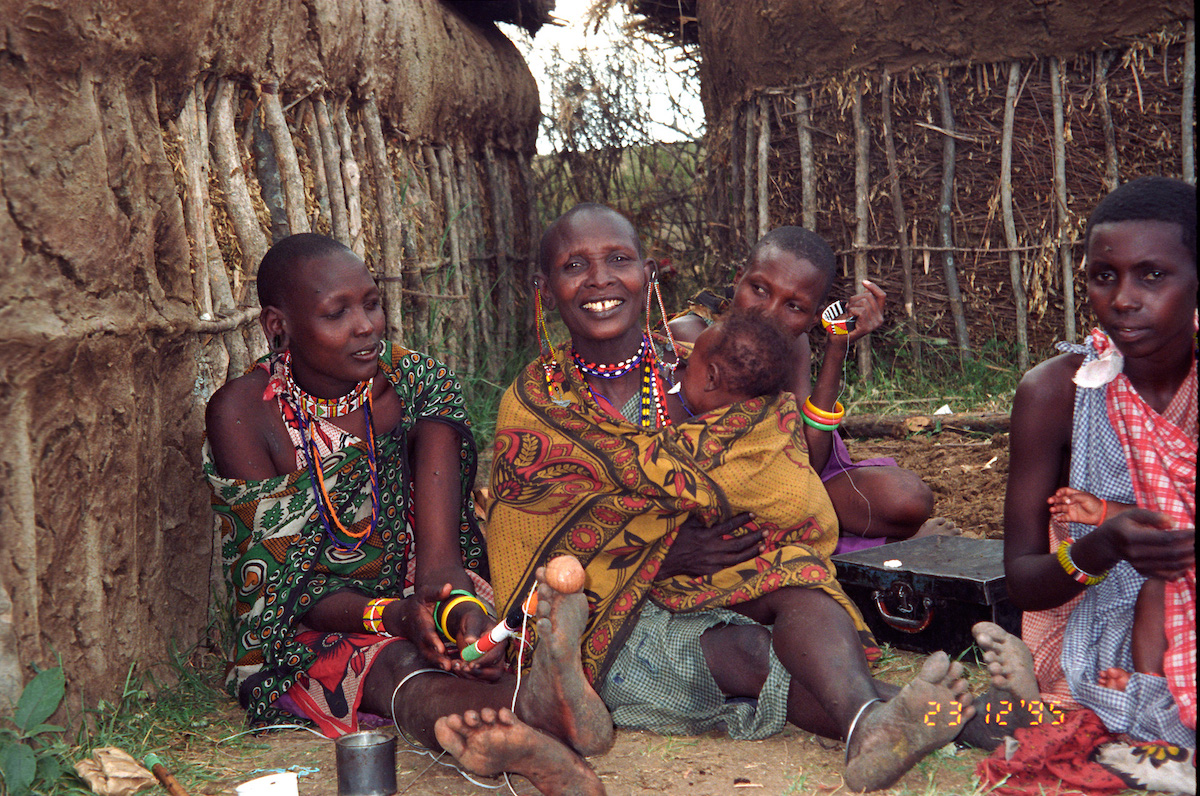 Women’s NGOs work hard to improve the lives of women in the developing world, including in countries like India and Tanzania. But then they’re often cut out from the process. This photo was taken in the remote village of Uzi on Zanzibar Island in Tanzania in April 2016. Credit: Wikimedia Commons

In contemporary global development circles, non-governmental organisations (NGOs) are now performing many more roles and activities than they did a few decades ago.

NGOs work with governments, community groups and the private sector – to develop and implement programs, monitor and evaluate their progress and help train people working on those projects.

They’re considered more nimble than other institutions in accomplishing development goals because they can reach the most vulnerable or disaffected people in a community and find innovative solutions to problems.

Although their funding streams and institutional decision-making structures are typically multinational, NGOs’ legitimacy, indeed, often rests on perceptions of them being “local” and “close to the people.”

NGOs are increasingly taking on the responsibility of implementing the gender equality and women’s empowerment agendas of the global development sector.

But very rarely have researchers tried to understand or document the specific challenges and opportunities that NGOs working on gender equality, or those that define themselves as feminist NGOs or women’s NGOs, face – when participating in multiple-stakeholder projects like Canada’s new feminist international assistance policy.

The United Nations’ Sustainable Development Goals, adopted in 2015, and the Canadian initiative that includes $150 million in funding for advancing the rights of women and girls, will undoubtedly increase the engagement of women’s NGOs in a variety of activities.

That means understanding the opportunities and constraints faced by women’s NGOs in multiple-stakeholder projects is increasingly important.

Women’s NGOs in India and Tanzania

We’re basing our observations upon research conducted over the past decade in India, where women’s NGOs were involved in delivering urban basic services like water, sanitation and electricity, and in Tanzania, where women’s NGOs helped deliver community health and microenterprise development services.

In both contexts, we found that women’s NGOs played crucial roles in development projects, often mobilising, organising and building projects that otherwise would never have launched.

In India, for example, women’s NGOs in the state of Gujarat mobilised local communities to participate in urban development projects. They helped form community-based organisations to represent local interests and implemented community development projects — such as health services, adult literacy and child care.

They negotiated subsidies, fair pricing and flexible terms of payment with utilities on behalf of marginalised people. They arranged access to loans from microfinance institutions for households that could not cover the cost of water or electricity connections.

And by insisting that water and electricity bills be issued in the names of female heads of households, women’s NGOs strengthened women’s access to property and housing.

The NGOs also educated stakeholders about the realities of life for the urban poor, and shared lessons learned in one urban area with NGOs in other cities in India.

In Tanzania, we studied the community partner role played by a women’s NGO in a project delivering health and microenterprise services across East Africa.

The project, which brought together the Tanzanian government, public research and medical institutions, international charitable organisations, community-based organisations and beneficiaries, envisioned the establishment of community kitchens across East Africa to produce probiotic yoghurt.

The yoghurt would be sold for profit and distributed for free to certain vulnerable groups, including children with nutritional deficiencies and people living with HIV/AIDS.

Local entrepreneurs were offered loans, technical assistance and other training to start up the businesses. A women’s NGO that had previously worked to reduce gender-based violence in Tanzania helped local communities establish, operate and maintain the kitchens.

Before the idea of community kitchens was taken up by more financially and politically powerful project partners, it was, in fact, the women’s NGO that had proposed the idea of establishing yoghurt kitchens that could be run by local women in keeping with Tanzanian dietary, cultural and consumer norms.

The four earliest community kitchens were run entirely by women. The economic empowerment of poor women in Tanzania was identified as one of the founding goals of the project because of the advocacy work done by the women’s NGO.

In later years, the pilot project was expanded to include kitchens run by men.

The women’s NGO provided training on probiotic yoghurt production, the health benefits of probiotics, financial accounting, entrepreneurship and the importance of combatting HIV/AIDS transmission and stigma.

Until 2012, when the women’s NGO withdrew from the project, community kitchen groups also received training on gender equality, the rights of women and girls and the links between violence against women and HIV.

Common findings emerge from our research in India and Tanzania.

In both contexts, we found that women’s NGOs had made vital contributions to the success of development projects, but they were easily marginalised and trivialised once those projects got off the ground.

In India, after the success of the pilot projects, the other partners declared that they would “go it alone” and no longer involve the NGO partner in delivering basic urban services.

A similar pattern emerged in Tanzania. Once the project was well-established, it started to expand to include community yoghurt kitchens run by men, as well as kitchens in other parts of Tanzania, Rwanda and Kenya. The women’s NGO was forced out.

Although the contributions made by the women’s NGOs were critical to the existence and success of the initiatives, they were often dismissed as supplementary and dispensable by the other partners.

Because the NGOs’ role of organising, mobilising and helping local communities participate in development initiatives was seen as a “natural” extension of women’s caregiving work, it was easy for other partners to diminish and dismiss their contributions.

And because the other partners did not fully appreciate the contributions of the women’s NGOs, they were unwilling to share credit for the success of the project.

How to bolster the role of women’s NGOs

We recommend several strategies to strengthen and validate the role of women’s NGOs in development partnership projects.

A memorandum of understanding (MOU) that defines the specific roles and responsibilities of each partner should be an essential requirement for multiple-stakeholder projects.

The lack of such formal agreements entrenches the perception that the role NGOs play is not particularly valuable. But the involvement of partners with a wide range of views, sizes, structures and experiences underscores the importance of formalising the role of women’s NGOs.

When the relationship among the different parties is formalised, the constructive debate can be encouraged among all partners.

The lack of a memorandum of understanding causes overlaps in function, weakens accountability and exacerbates conflict among partners. While it’s possible for diverse institutions with different philosophies to work in an integrated way, it doesn’t happen automatically or easily.

At a deeper structural level, advocacy work – whether it’s gender equality or community mobilisation – must be treated as a non-negotiable priority in global development partnership projects, instead of as a value-added or supplementary task.

Our research has shown that women’s NGOs play integral roles in the projects they participate in.

It’s unfortunate they must “justify” their long-term involvement in such initiatives, but it may be incumbent upon them to make their contributions to the project more visible to the different partners and to the development community at large.

Collecting, maintaining and analysing data on a regular basis about key project impacts and outcomes will be crucial for making NGO contributions more visible and less dismissible.

Collaborating with academics and other development professionals to publish and disseminate findings from such projects will also strengthen and validate NGO efforts. This article is one small contribution toward ensuring women’s NGOs get the credit and support they so richly deserve.

Dr. Bipasha Baruah is a Professor & Canada Research Chair in Global Women’s Issues at theWestern University and Dr Kate Grantham is a Research Associate in International Development at McGill University