There are multiple levels of intimidation – societal as well as institutional – that deter victims of sexual violence from speaking up. 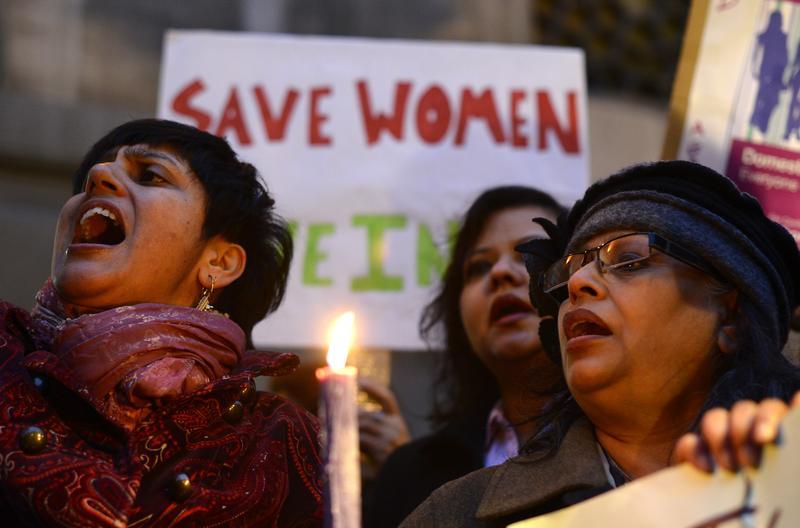 Molestation cases have seen the maximum increase with 8,802 cases being registered in 2019. Photo: Reuters/Files

As the country struggles with increasing reports of sexual violence, institutional methods of redressal have been consistently failing victims for decades with indifference, insensitivity and impunity. The immediate machinery to deal with the victim’s crisis – namely the police, the doctors and the non-governmental organisations – have largely lacked professionalism when dealing with people in trauma.

Last year, at a gender sensitisation workshop for the Delhi police, a constable had remarked that a woman “invites rape when she eats junk food and wears skimpy clothes,” reflecting too well the prevalent attitude towards victims of sexual violence. Too often public servants allow their biases to translate into discrimination when dealing with such cases.

On March 29, the Commonwealth Human Rights Initiative (CHRI) held a national conference titled ‘First Response, Good Policing and Rape Survivors’, to begin the conversation, so to speak, of how sensitisation needs to be institutionally incorporated. CHRI director, Sanjoy Hazarika addressed the conference and emphasised the need to build partnerships among civil society groups and the police to deal with the impunity and arbitrariness of the state. With a number of sessions and a wide variety of panellists to discuss various aspects of the system, the conference brought up a number of issues that victims of sexual violence face in accessing the criminal justice system.

What is the police doing?

How does a victim of sexual violence begin to articulate their experience in a society where talking about sex is taboo? Especially when that society promotes systemic silences. How does the victim find the language to express, file a complaint and, record a statement when there is so much shame and victim blaming involved in talking about her suffering? If she walks into a police station and is met with indifference and scorn, her ability to recount the incident as accurately as possible will be affected.

Legally, the Delhi high court has issued detailed guidelines that need to be followed when dealing with victims in cases of rape or sexual assault. And while public discourse on sexual violence has grown more complex since the 2012 Nirbhaya case – with the definition of ‘rape’ being widened by the Justice Verma Committee to acknowledge it as an expression of power – amendments on paper have not translated to practice in the absence of sensitisation and empathy.

Sanjay Beniwal, special commissioner for women’s safety, Delhi police, highlighted the several ways in which the guidelines have been implemented in Delhi and reiterated that efforts are being made – like increasing the number of women in the police force, crisis intervention centres, helplines, etc. However, he still offered platitudes like protectionism and talked about how boys should be taught to defend women because that is the more “manly” thing to do.

Enforcing guidelines is evidently, still a work in progress. According to data from the Bureau of Police Research and Development, Delhi police had only 7,004 women in a force of 76, 348 in 2016 – a mere 9%. The system at present provides that a victim who wishes to report assault will have a woman police officer to report to at the police station at all times. Furthermore, she need not herself come to the station, and can instead send a relative or friend to file a complaint, following which the police is obligated to go to a place of her choosing to record her statement. Medical examinations required to substantiate the case can only happen with the victim’s consent.

Beniwal stressed that the first desk to which the victim arrives at the station has to accept the complaint as per the rules. Section 166 (a) of the Indian Penal Code provides that strict action has to be taken against any officer who doesn’t comply. Without going into specificities, Beniwal said that he monitors closely those officers who fail to fall in line.

Renowned lawyer, Flavia Agnes, who is also the co-founder of Majlis – an organisation that promotes women’s rights and offers legal support – narrated a case from 2011. A four-year-old was raped in her school and when she went to the police with her mother, the principal of the school arrived and prevented her from filing a complaint. The principal later called the child at school and interrogated her with a few other teachers, while her mother and aunt were not allowed in. The family of the victim were recent immigrants from Bihar and could do little when they were being persistently barred from accessing the legal system.

Agnes and her organisation sought out the victim and her family to help them through the legal procedures. This instance illustrates why many victims all over the country hesitate to report cases of assault or seek justice. There are multiple levels of intimidation – societally as well as institutionally – that deter women from speaking up. And as Agnes pointed out, in more than 90% of cases of rape or sexual assault in India, the perpetrator is known to the victim.

This makes the role of NGO’s especially important – supporting organisations can provide critical support, both medically, legally and psychologically. As per the court’s guidelines, such NGOs are supposed to be registered with the police and have to be informed when cases of rape are reported. Thereafter, activists from the organisations act as an interface between the victim and the system. Any interaction between the victim and the system has to be mediated by counsellors from these organisations who guide them through the nitty-gritties of the process.

In Delhi, this role comes under the purview of the Delhi Commission for Women (DCW) and a number of other organisations registered with them. Farheen Malik, a doctor who works with the DCW, emphasised that there exists infrastructure to support victims, like crisis intervention centres, counsellors and one-stop centres at hospitals. However, she said that in most cases, they do not work optimally. For instance, she said that the one-stop centres, that the gynaecology wards are supposed to have in hospitals – specifically to aid rape victims so that they don’t have to go to multiple places – usually remain shut, and the regular staff at the hospital often do not even know of the existence of such a thing.

Therefore, the panel stressed that the role of these NGOs and support systems is to ensure that the woman when faced with the system, isn’t re-victimised every step of the way.

Despite efforts being made, infrastructure being put in place, and partnerships being built between the police and civil society organisations, the CHRI conference concluded that for a long term and effective change, a change in mindset is what is required. Conviction rates have been on the decline, as collusion between the police and the legal system dilutes accountability. The problem persists because the system as a whole fails to look at sexual violence as a serious offence – though legally it is. However, the upholders of law and the dispensers of justice largely do not cater to this perception, as a consequence of which, in reality, many cases get informally resolved in a ‘compromise’ between the two parties. These ‘compromises’ in no way benefits the victim or delivers justice.

As former director general of police, Kanwaljit Deol said, “The police have been used very badly in our country, politically. The good officers who are in the position to lead are sidelined. There is no political will in this country to keep women safe.”