Given the strong stance of the Pam Rajput Committee report on the matter, perhaps the time has finally come when India will recognise a woman’s right to sexual autonomy, whatever her marital status. 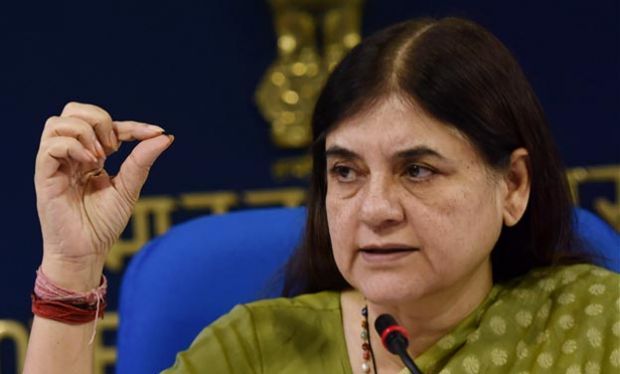 The high-level Pam Rajput Committee, appointed to comprehensively study the status of Indian women since 1989 and make policy recommendations, has strongly criticised the legislature for not criminalising marital rape in its report.

The committee’s report, which has not yet been made public by the central government, reiterates the position of the Justice Verma Committee, which had strongly recommended the criminalisation of marital rape, arguing that marriage does not presume consent.

The Justice Verma Committee, which was set up following nationwide protests after the gangrape and murder of Jyoti Singh Pandey in December 2012, had said, “The law ought to specify that marital or other relationship between the perpetrator or victim is not a valid defence against the crimes of rape or sexual violation.”

However, neither the UPA government nor the parliamentary panel, to which the Justice Verma recommendations were submitted, accepted this stance. They chose to retain the marital rape exception, which means that a husband cannot be legally accused of raping his wife if she is 15 years of age or older. This in itself is contradictory, because the age of consent in India is 18.

These are not the only committees who have recommended that India criminalise marital rape. Women’s rights groups in India have been campaigning for women’s sexual autonomy for years, arguing that not criminalising rape by a spouse amounts to a violation of a woman’s right to life and liberty, enshrined in Article 21 of the Indian Constitution.

Evidence from various studies backs up the demand. The UN Population Fund has found that more than two-thirds of married women in India between the ages of 15 and 49 have been raped by their husbands. A 2011 International Men and Gender Equality Survey found that one in every five Indian men has admitted to coercing his wife or partner to have sex.

A 2013 UN survey found that nearly a quarter of 10,000 men surveyed in six countries, including India, said they had raped a female partner. NCRB figures state that an overwhelming majority of the perpetrators of rape are known to their victims. It would not be illogical to argue, especially given the other studies, that at least some of these perpetrators are husbands.

Despite the overwhelming evidence and recommendations by a number of high-level committees, why has India failed to take concrete action to stop marital rape?

One of the central problems is the failure of successive governments to take up the issue strongly. If the UPA government failed in this regard, the NDA government has not fared any better so far.

On March 10 this year, Maneka Gandhi, Minister for Women and Child Development, said in writing, “It is considered that the concept of marital rape, as understood internationally, cannot be suitably applied in the Indian context due to various factors like level of education/ illiteracy, poverty, myriad social customs and values, religious beliefs, mindset of the society to treat the marriage as a sacrament etc.”

In doing so, she was repeating, to the last word, what the Minister of State for Home Affairs Haribhai Parathibhai Chaudhary had told the Rajya Sabha nearly a year ago, in April 2015. At the time, Gandhi’s own stated position was in sharp contrast to the government’s.

In an interview in June 2015, Gandhi had said, “My opinion is that violence against women shouldn’t be limited to violence by strangers. Very often a marital rape is not always about a man’s need for sex; it is only about his need for power and subjugation. In such case, it should be treated with seriousness.”

Gandhi’s spectacular about turn this year didn’t last very long. Soon after her pronouncement in March, she redacted what she had said, and sent a fresh response to the Rajya Sabha, but her new response was not clear-cut.

It cited the Parliamentary Standing Committee on Home Affairs’ 2013 report, which says that “the entire family system will be under great stress” should marital rape be criminalised. She later said that her ministry could consider doing so if there is a high volume of complaints, proving that marital rape happens.

The Parliamentary Standing Committee report Gandhi mentions was published in March 2013, before the new anti-rape laws were passed. In the same month, BJP MP Sumitra Mahajan said in the Lok Sabha: “Marital rape shouldn’t be made into a criminal offence…Things like these should be sorted out within the family or by counselling. There is no need for a law.”

In December 2015, in response to the private member’s bill, the Union Minister of State for Home Affairs Kiren Rijiju called marital rape “very complicated” and “very personal in nature.” He repeated the Parliamentary Standing Committee’s comments and said, “The past experience also shows that a family is able to resolve the problems and, under the law, there is also a provision to deal with cruelty against women,” he said. However, a commentators have pointed out, the the Protection of Women from Domestic Violence Act, 2005, is a civil law, and cannot be used for criminal prosecution.

Rijiju refused to take a clear stand on the issue, and said that the government would wait for a comprehensive review, and the Law Commission’s report on the matter. But he also reiterated the party line about the threat to the Indian family, and the argument that an offence as serious as rape can be adequately dealt with within the ambit of the family, and sorted out internally.

As of yesterday (April 19), Maneka Gandhi has said that her ministry would look into criminalising marital rape. In response to questions on whether there is a concrete attempt to push forward on the issue, Gandhi said, “Now there is.”

Given the furore that her comments in March this year inspired, and the strong stance of the Pam Rajput Committee report on the matter, perhaps the time has finally come that India will recognise a woman’s right to sexual autonomy, whatever her marital status.