Whose Feminism Is It Anyway?

It is right to evoke the history of feminism. But that history does not have to be told in a generational mode where the old are outdated and the young are foolish.

Commuters stand at an open doorway of a suburban train during the morning rush hour in Kolkata September 22, 2014. REUTERS/Rupak De Chowdhuri/Files 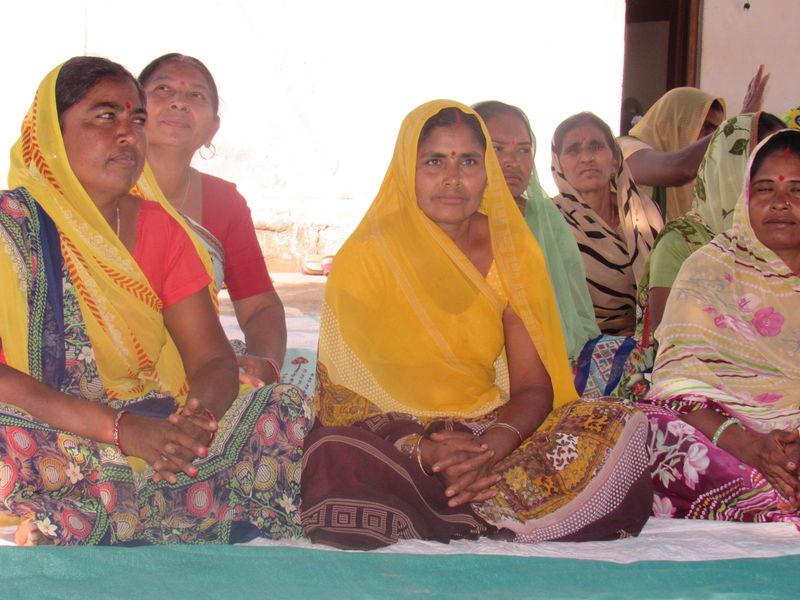 In the wake of the recent controversy within the Indian feminist community – on the issue of an anonymous list of sexual harassers in the academy– many are pointing to generational divides and conflicts. ‘Younger’ feminists are accusing ‘older’ ones for attempting to lecture and school them on the ‘right’ way to do feminist politics while ‘older’ feminists are calling out the sexism and ageism of these charges.

In this piece, I want to take a step back from the debate about the efficacy and ethics of ‘the list’ to consider what the controversy reveals about feminism in India, especially when it is cast in a generational light. A generational reading leads to policing in two directions – from older to younger and younger to older feminists. Both are ultimately harmful in that they, firstly, prevent debates that can propel the feminist political project forward and, secondly, risk erasing past complexities and achievements that can be useful for the same purpose.

The clearest articulation of the controversy in generational terms is in Monobina Gupta’s recent piece. In it, she evokes the history of (post-independence) Indian feminism which, she argues, is at risk of being forgotten. In forgetting the past, she claims, we risk several other things: historical struggles that resulted in concrete changes; the flattening of the complexities of these struggles including how internally divided and conflictual feminism has been; and finally, we erase those individual feminists who have, at great personal cost, laid the groundwork ‘for what we understand to be feminism today’. Many of them, Gupta notes, are signatories to the statement calling for a withdrawal of the list and have subsequently, become the object of vitriolic public attack.

Gupta’s argument bespeaks a generational logic that we find in the writing of feminism globally. This is most obvious in the tendency to describe the Anglo-American women’s movement as occurring in ‘waves of change’. The ‘wave metaphor’ has also been used in the writing of feminist history in the Indian context, which has had its own share of internal disagreements. The 90s saw the beginnings of a generational divide, if not conflict, around the question of whether to ally with the state to bring about emancipatory change for women. Someone like Nivedita Menon was then positioned as a ‘younger’ feminist challenging the liberal faith in the state and the law that a generation before her had – uncritically, it was claimed – inherited from their involvement in nationalist and anticolonial struggles.

Cast in a generational light, feminism is thought of as something to be passed on from generation to generation. There are feminist foremothers and feminist daughters. And part of the current crisis, at least for Gupta, is that younger feminists are forgetting or even erasing the legacies of their feminist foremothers. Worse still: like ungrateful daughters, they are ‘pointing fingers’, ‘shutting down debate’, ‘turning identity into a weapon’, ‘preaching radicalism’, and ‘indulging in unthinking attacks’ against an older vanguard. After all, she says, it was these feminists who ‘cleared the path for millennial feminists’. So, what about – she seems to ask – their debts to the past? Anxieties around intergenerational divide often take the form of anxieties about feminism’s future, explicit in Gupta’s fear of ‘endangering’ the future. If feminism cannot reproduce itself across generations, who will carry the mantle forward? Will there even be a future for Indian feminism?

Underlying generational logic is the assumption that feminist knowledge and practice is one, singular thing that can be reproduced, intact, over successive generations. It is therefore consistent and unchanging. Such arguments manage to reintroduce the very problems that have emerged at the heart of the current debate, namely what is feminism, who does it belong to, and who gets to define it. Since the Kafila statement, ‘younger’ feminists have been raising these questions, in the face of what they felt were attempts, by ‘older’, more established feminists to be territorial. Many have questioned whether there is only one way to do feminism (‘due process’) and whether any deviation from it, in new kinds of political tactics, will be met with censorship (e.g. the call to withdraw the list). Such tendencies, they have argued, serve to only further marginalise the already marginalised voices within the feminist community, especially dalit feminists. 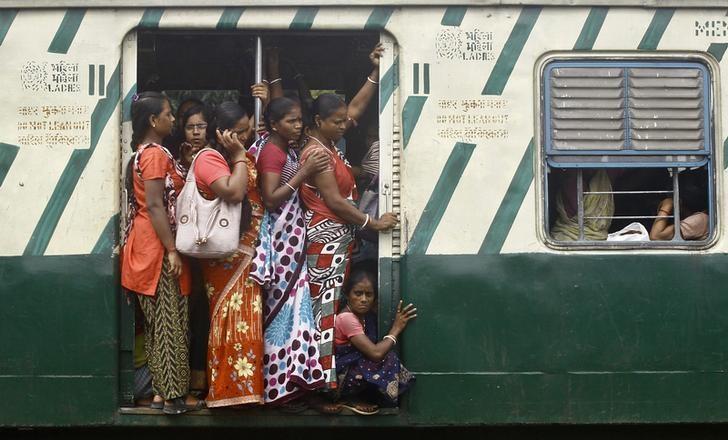 Women commuters stand at an open doorway of a suburban train during the morning rush hour in Kolkata. Credit: Reuters/Rupak De Chowdhuri/Files

It is not surprising that a comment to Gupta’s piece says:

What I get is some people worked for feminism over three decades and only they have copyright over it. And no one else should enter it.

The idea of feminist generations can be found in a number of interventions and contributions to this debate, not limited to Gupta’s piece alone. It is equally at work in claims made by ‘younger’ feminists against ‘older’ ones. If daughters are ungrateful, mothers are also positioned, in many of these discussion, as failures, at worst or as an embarrassment, at best. According to these critics, older feminists just don’t get the radicalism of contemporary feminist strategies. They don’t even seem to get the seriousness of the issue at hand, namely the endemic nature of sexual harassment. It is – the critique continues – their failure to transform rape culture through institutional mechanisms that has produced the need for other strategies, such as public naming and shaming. The list embodies, in other words, the shortcomings and failures of past feminist strategies. By writing off past efforts in this manner, present-day feminists can produce their interventions as not just ‘new’ or more ‘radical’ in comparison but also as fundamentally departing from feminisms of the past. If they are not responsible for everything that is wrong with feminism today – as in Gupta’s reading – then they are heroes and saviours in these contrasting ones in surpassing past political errors and offering women something that has never been offered before.

What of course this generational logic does is that it gives as a very particular conception of Indian feminism’s past, a single story, if you want. The dangers of a single story are evident insofar as this particular one would have us believe that Indian feminism has only ever spoken on behalf of elite, upper-caste women (and is now operating in defense of elite men). Nothing could be farther from the truth. While it is true that the mainstream Indian feminist community is elite – upper caste, solidly middle-class and metropolitan – it has been acutely and perhaps overtly conscious of its own limitations. So, Indian feminist campaigns – whether to do with sexual violence or livelihoods – have always been in the name of poor and marginalised, and more often than not, rural women. So much so, that a whole range of issues – from ‘eve teasing’ to homosexuality – have historically not been prioritised in favour of those presumed to have greater relevance to the masses at the grassroots. Acknowledging these kinds of complexities is not in order to ‘defend’ Indian feminism from accusations of exclusion or marginalisation being currently made by dalit feminists. It is, however, to make way for a more complicated response to the question, why have dalit feminist voices been marginalised in Indian feminism? Such a response would not simply attribute this invisibilisation to the elite status of many of movement’s stalwarts.

Also read: How to Make Sense of the Radical Challenge to Sexual Harassment in Academia

Gupta is right to evoke Indian feminism’s history. But the history of Indian feminism does not have to be told in a generational mode: where the old are outdated and the young are foolish, where everyone fares poorly, and a single story of feminism closes down the possibility of including multiple voices and messy lineages. The idea of generation accentuates change – as opposed to any sense of continuity – across time. After all, the list could be seen in the tradition of the ‘open letter’ that was sent to the Supreme Court at the time of the Mathura rape case, and is said to have kick started the ‘second wave’ of feminist protest.

Indian feminism has always been more than simply seeking ‘due process’ – it has been street plays, naked protest, acts of mindless loitering, and even a panty. In her latest intervention into this controversy, Menon says the generational divide is a misleading myth. There has been both support for and condemnation of the list across different generations of feminists. Shreya Ila Anasuya also acknowledges the heterogeneity of responses to the list amongst ‘older’ feminists. We could go further and say – drawing on Clare Hemmings’ argument in her book – that the idea of generation fixes our gaze on differences across time but not at the problematics of our present context.

Indeed, this is a context in which the question of caste has exploded in the feminist community. Contestations around caste cannot be understood in generational terms alone. While Gupta speaks of ‘millennial feminists’, dalit, bahujan and other minority activists are framing the current controversy in terms of the power imbalances between savarna and dalit, bahujan and adivasi feminists. They are shifting attention from time to context, and reminding us that the question of caste has persisted over time and within every generation of feminists. No amount of finger-wagging to young feminists or tut-tutting to older ones is going to make it go away anytime soon.

Srila Roy is Associate Professor in the Department of Sociology, University of the Witwatersrand in Johannesburg, South Africa.