What Women's Day Was Supposed to Be About, and What It Became

There’s nothing wrong with commercialising a day to celebrate women until you think about which women get left out. 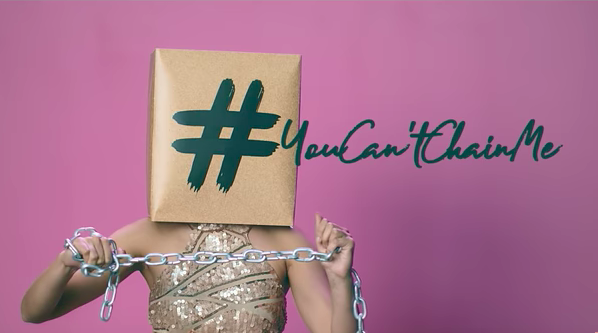 How did you celebrate Women’s Day? Did you start the day off with a flurry of empowering WhatsApp forwards? Did you clock out of work early to close the gap between how much lesser you get paid than your male contemporaries for the same work? Did you then go out with your girlfriends to some bar that had transformed into a pink paradise overnight? Or did you treat yourself to some well-deserved downtime with some Jane Walker? Maybe you just got some McDonald’s and felt all warm inside when you saw their iconic ‘M’ had been turned into a ‘W’ just for you.

If you approached the marketing blitz with suspicion, you weren’t alone. The day’s own history – rooted in socialist politics and women protesting for better working conditions in garment factories – has little to do with the all-pink gimmickry that was on display all of last week. Several women took some time out from celebrating their ‘iconic’ selves and peers to point out what exactly was making them uneasy about these International Women’s Day celebrations.

A group of women decided to copy-edit patronising (and perennially annoying) WhatsApp forwards to reflect what Women’s Day greetings really ought to say. 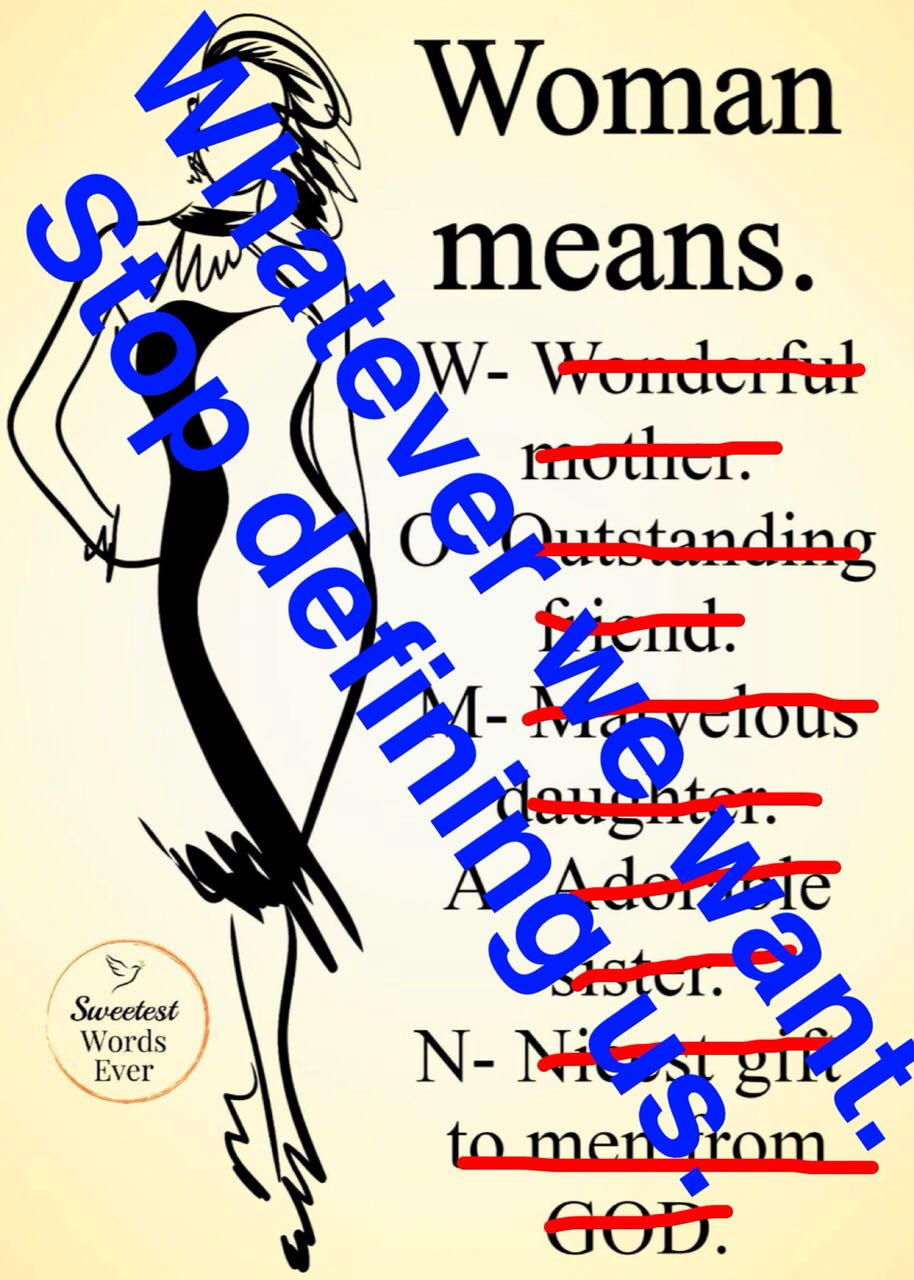 What does ‘Woman’ stand for? Credit: Divya Sooryakumar, Shruti Jagirdar and Amulya Shruthi 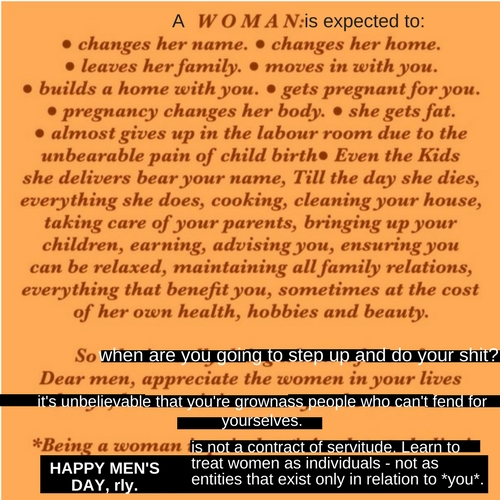 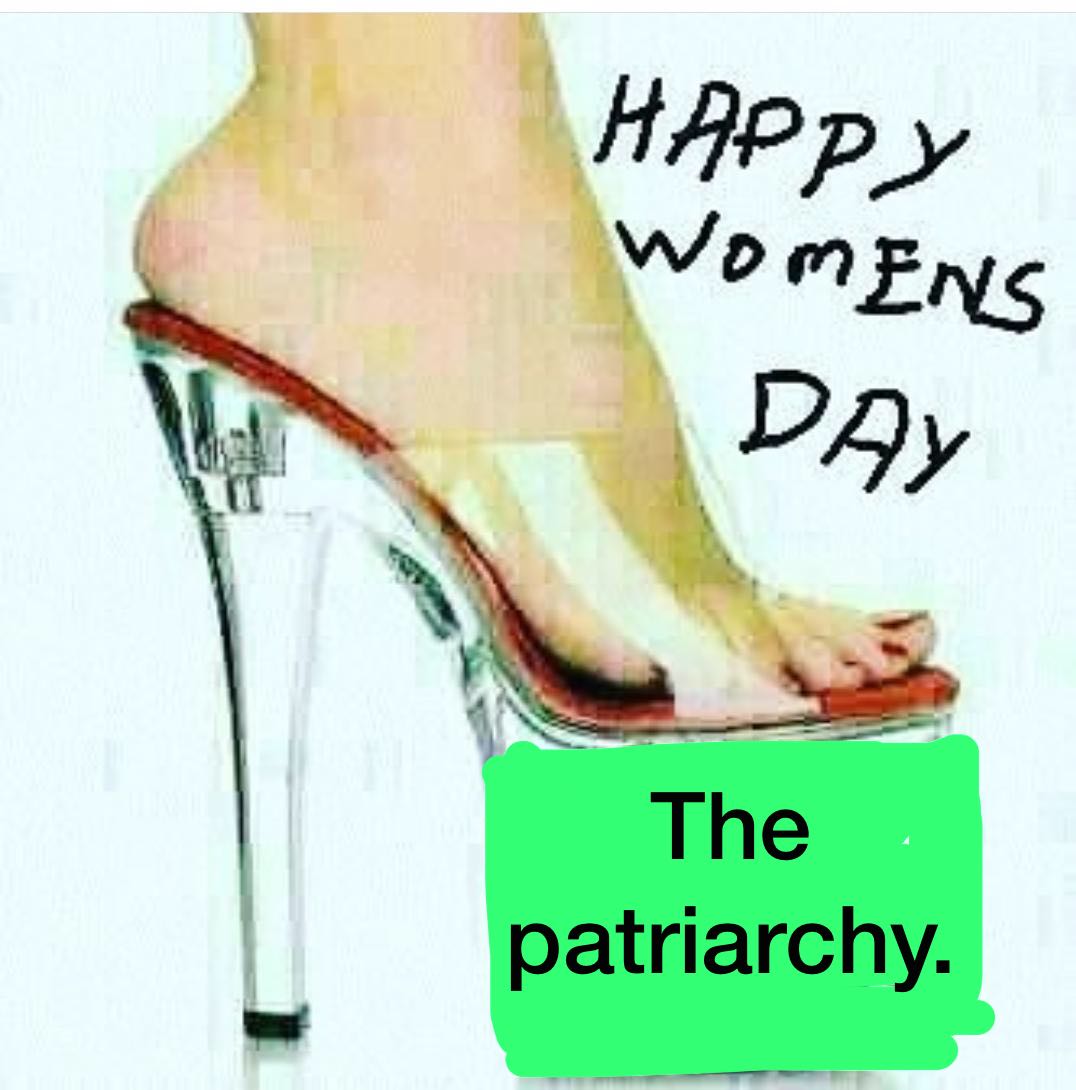 Rega Jha, Buzzfeed India‘s editor-in-chief, urged people to look beyond the pink confetti and examine the companies behind the promotions.

this women’s day, instead of pushing your brand via a hashtag or video or pink banner, get that PR cred by releasing your employee stats instead. do you have as many women in management as men? are they paid as well? does your workplace retain women as long as men? spill, babes.

If they haven’t already, feminism and women’s empowerment are well on their way to becoming big business opportunities. In a way this is good because women are finally seen as consumers worth wooing – pink versions of products tell women that companies ‘care’ about them, designers sell T-shirts with feminist slogans for hundreds of dollars, athletic wear companies are all about celebrating ‘strong women’ and jewelry makers really want women to know that they can wear jewelry and be feminine at work. Brands wouldn’t be falling over themselves in this way if they weren’t confident that it works.

Who doesn’t want to feel attended to and cared for? And in a world where money equals caring – why yes, I do want a violently pink sports bra as well as those ‘work appropriate’ earrings. They’ll serve as small reminders that my preferences aren’t inconsequential (and just because pink is a ‘girly’ colour doesn’t mean it has to be shunned on principle, an arbitrary price hike is a different matter.)

What makes these gimmicks reprehensible is their hollowness. The ‘feminist ad’ has become generic enough to spawn its own parodies.

Companies seem perfectly willing to take money from women (and extend to them the same questionable relationship they offer male consumers) but they’re not as willing to pay it back in the form of equal pay for female employees and policies that prioritise parity. Cosmetic changes only go so far.

And it’s not just companies, the media and we, its consumers, peddle a very specific idea of ‘success’ on days like these. We celebrate ‘iconic’ women who are CEOs, celebrities, pioneers in their fields, we take the time to tell mothers they are ‘special’ and invaluable. We forget the entire class of women who engage in manual labour in brick kilns, on construction sites, in garment factories, in our homes and offices.

Companies aren’t interested in these women because they’re not the target demographic and by going along with it, we betray the very roots of this day.

International Women’s Day started with garment factory workers who demanded better working conditions in New York City in 1908. By 1911, it was taken up as a global cause and celebrated as the first such occasion in Austria, Denmark, Germany and Switzerland. According to the UN, in addition to “the right to vote and to hold public office,” the people who marched on that day asked for “women’s rights to work, to vocational training and… an end to discrimination on the job.”

Just a reminder that last year the World Bank told us that India’s economy may be growing but women’s labour force participation rate is, weirdly, declining and that too alarmingly. As Namita Bhandare put it, “If the number of women who quit jobs in India between 2004 and 2012 was a city, it would be 19.6 million strong and the third-most populated in the world after Shanghai and Beijing.” It’s an uncomfortable fact that should stay wedged in our brains throughout the year, but especially on a day meant to address just that.

March 8 was just another day of professional and emotional work for millions of women, and while our phones were flooding with WhatsApp forwards and companies were pushing targeted discounts, millions more were leaving the workforce for entirely preventable reasons.