Route 67: How the IT Act's Section on Obscenity is Being Misused to Violate Digital Freedom 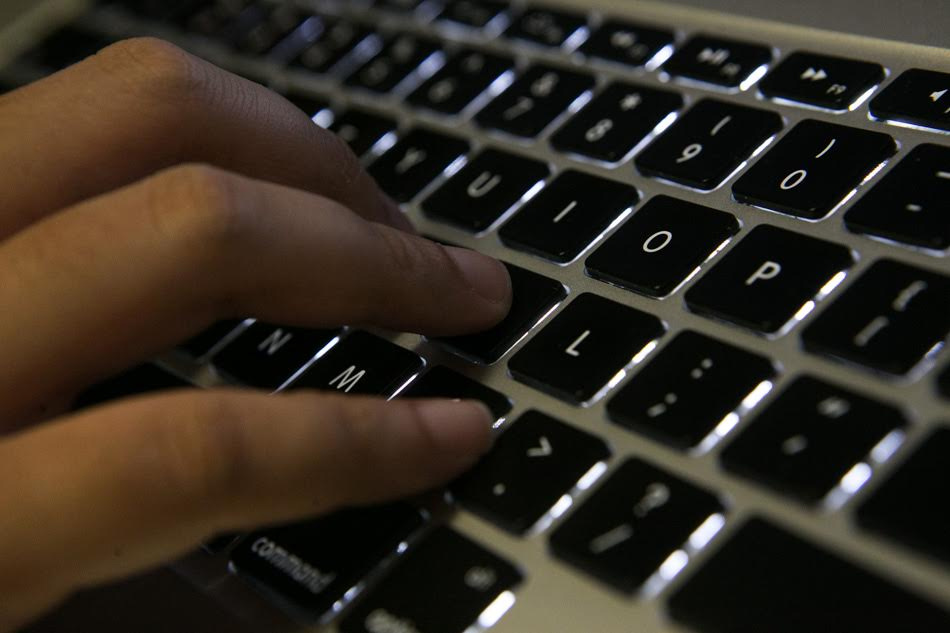 Courts around the world have had a difficult time in defining what constitutes obscenity. Credit: Reuters

New Delhi: Two years after the controversial Section 66A of the Information Technology (IT) Act was struck down by the Supreme Court, new research points at how another section of the Act is being similarly misused with grave consequences for freedom of expression, sexuality and digital rights.

A study by Point of View, a non-profit organisation that works on gender rights, sexual violence and the digital rights of women, has drawn attention to the indiscriminate and increasing use of Section 67 of the IT Act by the police across India. The first ever in-depth study of Section 67 finds that it is leaning suspiciously towards the draconian Section 66A.

The report, Guavas and Genitals, that draws its title from an incident involving four Pune boys, analyses National Crime Records Bureau data as well as media reports on cases of obscenity. “Three of us had gone there [a garden in Pune] to eat guavas, but when we reached there, we started playing with each others genitals. We then stopped under a tamarind tree, where two of us had oral and anal sex while the third shot it on his phone. This was repeated on all three. After two hours, we returned home,” a 17-year-old boy told the police after a video displaying him and three other boys engaging in sexual acts was reported in November 2014. One of the boys had reportedly uploaded the video on a WhatsApp group and it spread like wildfire. An acquaintance who saw the video informed the police. The boys were booked for obscenity under Section 292 of the Indian Penal Code (IPC).

At the offline launch of the report, Bishakha Datta of Point of View emphasised how the acute lack of legal clarity on obscenity is leading to flawed and ham-handed implementation of Section 67 as well as IPC Section 292. This also seems to be one of the primary reasons behind the escalation in the number of offences booked under these provisions. Datta pointed out that between 2015-17, out of 99 such cases of obscenity that were registered and analysed, 28 involved non-consensual production of images or videos. However, those cases were not registered under 66E (which deals with privacy violation), but under Section 67 which deals with obscenity.

“Rape videos are booked under the anti-obscenity provision but not for violation of the victim’s consent. The primary harm when a nude picture of a woman gets taken and distributed without her knowledge is not of obscenity but of violation of her privacy. The Delhi Public School MMS case is a classic case of violation of consent, but there seems to be no legal resonance with consent”, Datta said.

Little clarity on what is ‘obscene’

The origin of the word ‘obscenity’ comes from Ancient Greek theatre, which excluded sexual and violent scenes from being performed on stage. Hence the Greek word ob skein,standing for obscene.

The report talks about the conflicted history of the meaning of the word ‘obscenity’. Courts around the world have had a difficult time in defining what constitutes obscenity. The English case of Regina v. Hicklin (1868) or the Hicklin test, became a defining marker of what constitutes obscenity. In other words, obscenity was what ‘reasonable men’ thought would corrupt public morals or order. The Point of View study asserts that the test of the ‘reasonable man’ in itself is subjective and questions if these colonial words have a place in today’s world.

In a broad sweep, Section 67 of the IT Act says, “…whoever publishes or transmits or causes to be published or transmitted in the electronic form, any material which is lascivious or appeals to the prurient interest or tends to deprave and corrupt persons shall be punished.”

The report critiques Section 67 of the IT Act and its offline version – IPC Section 292 – on the same ground that the words used to define the sections are subjective and vague, which is why they are being misused for indiscriminate arrests.

Importantly, to the Mumbai cyber police cell, the words ‘lascivious’ or ‘deprave’ which figure in the definition of the sections, make little sense. “In popular perception, the word ashleel stands in for obscenity,” Datta pointed out. 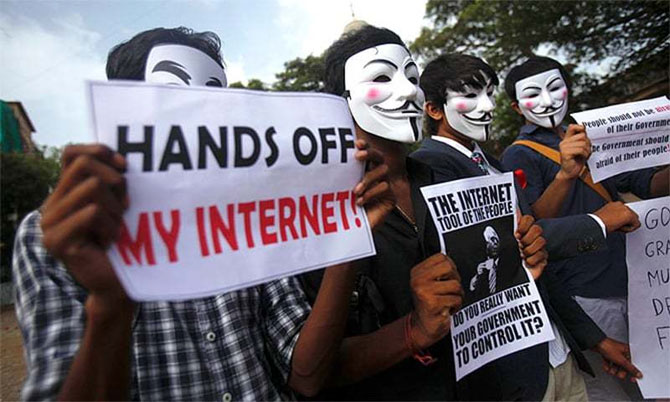 While exceptions for scientific, literary, artistic or religious purposes are allowed under IPC Section 292, they are not allowed under Section 67 of the IT Act. Credit: Reuters

In July last year, one Ajay Hatewar was booked under Section 67(A) of the IT Act for a “defamatory” comment against Maharastra chief minster Devendra Fadnavis’s picture with his family on a yacht. A youth from Tamil Nadu was arrested under Section 67 on October 30, 2017, for allegedly making abusive comments about Prime Minister Narendra Modi in a private Facebook conversation.

Significantly, while exceptions for scientific, literary, artistic or religious purposes are allowed under IPC Section 292, they are not allowed under Section 67 of the IT Act.

“We need to question the basis of this law. What is the primary harm? Sometimes, harms are not concrete; they are often anticipated before they happen, like in the case of Salman Rushdie’s The Satanic Verses,” says Datta.

Section 67 and 67(A) being used interchangeably

“The way Section 67 is being used controls a woman’s sexuality,” says Datta, suggesting that there is no place under Section 67(A) for a woman to express her sexuality.

Section 66(E) doesn’t include reception of images without consent

Section 66(E) of the IT Act says, “Whoever intentionally or knowingly captures, publishes or transmits the image of a private area of any person without his or her consent, under circumstances violating the privacy of that person shall be punished with imprisonment which may extend to three years or with fine not exceeding two lakh rupees, or with both”. The report notes that the section doesn’t mention receiving images without consent. It points out that if this section covered reception of images non-consensually, the number of cases under Section 67 would go down. Many of these cases can instead be registered under Section 66E.

The report notes that morphed images like the one of RSS chief Mohan Bhagwat’s torso on a woman’s leg or the image of a Modi look-alike with props superimposed with the help of Snapchat’s ‘dog filter’ can hardly be considered ‘obscene’ under Section 67. “These cases of consent or privacy violation have been wrongly booked for obscenity”, Datta notes.

“The question is how can we use this research so that 66(E) is not seen as Section 67?”

Motive of the study

Point of View aims to push the judiciary to flag crimes booked under anti-obscenity as crimes of consent. “Section 67 has outlived its purpose and is causing harm to consent and freedom,” says Datta. “Its utility is so low that it should be used only in exceptional cases rather than how it is being used now. ” Datta however added, “At this time, it is extraordinarily difficult to voice the opinion that Section 67 should be scrapped.”