The latest move is in accordance with the Supreme Court’s April 2014 order calling for the rights of the transgender community to be protected. 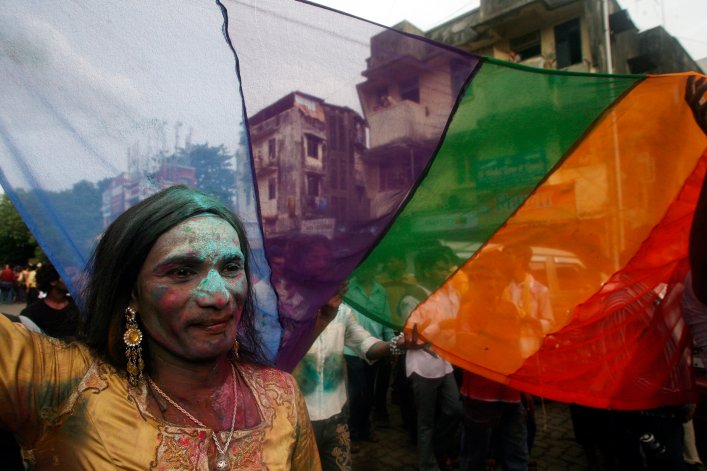 In a step towards fighting the widespread discrimination faced by the transgender community in the country, the Indian Railway Catering and Tourism Corporation (IRCTC) has introduced transgender as the third option besides male and female in ticket reservation and cancellation forms.

The move follows a petition filed by Delhi-based lawyer Jamshed Ansari, who according to a Scroll report, had recently alleged that the railways and the IRCTC had violated constitutional provisions by not providing the option to choose “transgender” or “third gender” in their forms.

Ansari had even asked for special coaches and reserved seats in all trains for members of the transgender community.

The ministry’s decision to include the third gender option is in accordance with the Supreme Court’s April 2014 order calling for the rights of the transgender community to be protected.

In the NALSA judgement, the Supreme Court had stated that eunuchs – apart from the binary gender – must be treated as the third gender to protect their rights.

“It has, therefore, been decided to include the third gender/transgender option alongside male/female in reservation /cancellation requisition form. This information will be captured by the system and tickets to transgender will be issued on full fare,” a circular issued by the Railway Ministry said.

The railway form, however, far from being the first official one in India that has made available a transgender/third gender option to the members of the transgender community.

Transvestites and transsexuals had won the right to vote in 1994, but in the 2009 elections, the transgender community had decided to skip going to the polling booth to protest the lack of a third gender option on the Election Photo Identity Cards.

While some have in the past voted by listing themselves as female, many were pushing for an alternative or “third sex” option on identity cards.

Laxmi Narayan Tripathi, an activist-transvestite and founder of NGO Astitva had told PTI, “We will not vote in this election if nobody pays heed to our demand. It is the question of the identity of our whole community. We want the government to accord our community a separate status on voters ID-cards.”

Their demand was met in the next general election when in 2013 the Election Commission introduced an ‘others’ gender option for voter identity cards, hence for the first time officially recognising the transgender community in the electoral process.

According to ABC News, an estimated 28,000 transgenders enrolled in the category that year.

Long before the transgender community received its due recognition in India’s electoral process, in 2005 the third gender option was included in the Indian passport, a move in which India was well ahead of several Western countries.

In 2005, however, the third option was ‘E’ symbolising enunuch, according to Times of India, but following the 2014 ruling of the apex court, in March 2015, those filling the online passport application form had the option of choosing ‘transgender’ apart from ‘male’ or ‘female’ in the gender category.

Activists have stressed that transgenders are generally forced into identifying themselves as a ‘female’ in their passports and other official documents, which is not an identity that most transgenders are comfortable with.

One year before the Supreme Court order of 2014, a resolution passed by the department of food and civil supplies in Gujarat gave the transgender population the option of using ‘others’ to mention their gender in the forms for ration cards.

According to a Times of India report, the option was not widely known until various issues that are regularly faced issues by the community were raised by transgender activists of the state.

In 2015, the central government caught up with the move when an Allahabad high court bench comprising Chief Justice D.Y. Chandrachud and Justice S.N. Shukla ruled that while referring to gender in the application forms for issuance of ration card submitted under the National Food Security Act, 2013, the expression ‘other’ under ‘female/male/other’ category of gender would include a transgender.

The Reserve Bank of India in April 2015 had directed banks to include a ‘third gender’ option in all their forms and applications, India Today reported.

The move was aimed towards encouraging members of the community to open bank accounts.

Despite these developments, social acceptance has been slow in coming for the country’s transgender community. Transgender activists have argued that The Transgender Persons (Protection of Rights) Bill 2016 narrows down the definition of community by taking away the right of self-determination. The current Bill eliminates the option of identification as either male or female and hence activists from the community have demanded a redraft of the Bill.