The Resistance Against Female Genital Mutilation in India is Growing

Khatna has been practiced by generations of Bohra families in secrecy and silence, but now women are speaking up. 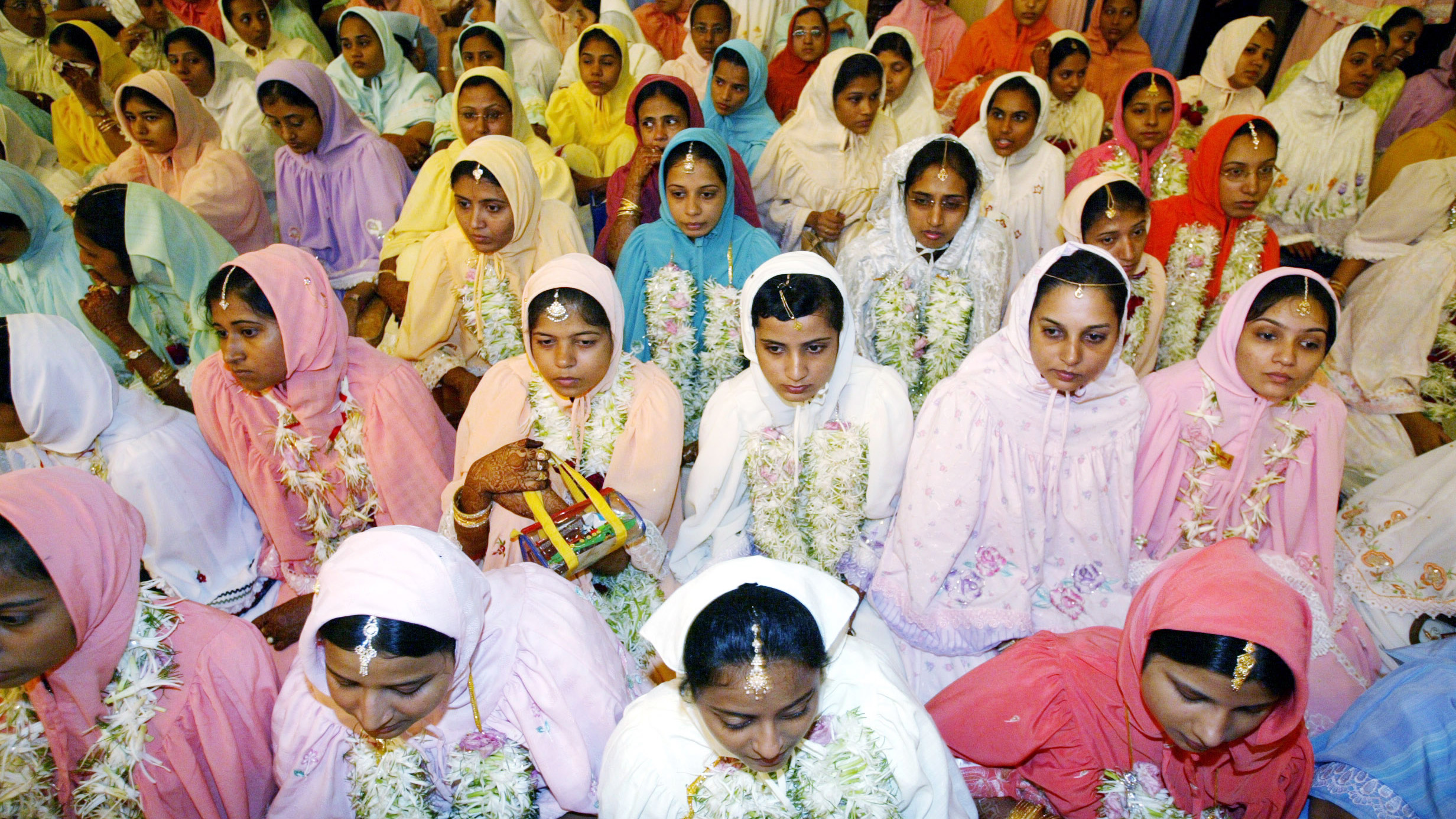 On June 9, Judge Johnson of the Supreme Court of New South Wales in Australia passed a landmark judgment. Shabbir Vaziri, a senior Bohra priest, was sentenced to 11 months in jail for promoting, perpetuating and enforcing the practice of female genital mutilation (FGM) in the community. This was the first case in history in which Bohras, including a mother and a nurse, were prosecuted for conducting FGM on two small girls. The four-year-long trial concluded with the sentencing verdict, at which jail time was handed out to the priest, while a much more lenient sentence of home detention was enforced on the mother of the two girls and the 80-year-old nurse who performed the procedure. Clearly, the judge differentiated between the mother and nurse, who were forced to perpetuate the practice and the priest – a representative of the clergy – who actively enforced the continuation of FGM in the community.

Just over a month before the verdict, on April 15, the community’s religious head, the Syedna Muffadal, spoke about a subject that had never before been spoken about openly. In a public sermon in Mumbai, he said:

“It must be done. If it is a man, it can be done openly and if it is a woman it must be discreet. But the act must be done. Do you understand what I am saying? Let people say what they want… What do they say? That this is harmful? Let them say it, we are not scared of anyone.”

Those who attended the sermon were certain that this was a reference to khatna, or female genital mutilation (FGM), even though the term was not used. This is because FGM is the only practice that is practiced secretly on women. The sermon was a crystal clear exhortation to the community to practice khatna, even if there is opposition to it.

On June 6, the public relations department of the Syedna issued a press release which very clearly spelt out that FGM would continue in countries which do not have anti-FGM laws.

“Male and female circumcision (called khatna and khafz respectively) are religious rites that have been practiced by Dawoodi Bohras throughout their history,” the statement said. “Religious books, written over a thousand years ago, specify the requirements for both males and females as acts of religious purity.”

The statement and the sermon both signify the turmoil in the community and the need for the head clergy to clarify their stance on the subject.

A movement against FGM

For generations, girls in the Bohra community have been cut. The minute a girl turns seven, her mother or grandmother takes her to a daima (midwife) on some false pretext and there, a part of her genitalia is sliced off using a razor or blade. The poor child is traumatised, by the agonising physical pain and by the shock and horror of the betrayal by the person closest to her. To the community, this practice is called khatna. The wider world, of course, calls it FGM.

Till date, the practice has been perpetuated by a network of local priests known as amils, who ensure that every little girl in the locality under his purview has been taken for the procedure.

FGM is being banned all over the world, as it is recognised as a practice which violates human and child rights, because it is practiced on children without their consent. A UN resolution passed in December 2012 denouncing FGM and calling for its ban has been signed by 194 countries around the world. In Africa, 23 countries have banned the practice.

Silence is the hallmark of this practice in the Bohra community, which is said to number about a million worldwide: the men rarely know about it while women blindly follow it. Until now.

A movement has been started by women from the community who are speaking out about their experience and spearheading a campaign to end this practice in the community.

This collective of women has stepped out into the public domain to share their stories of pain, hurt, humiliation and trauma caused by the deceptive act of khatna.

The enforced silence and taboos around talking about sex, sexuality and sexual parts was just so tremendous that women never spoke about the horrendous incident of their childhood. ‘Speak Out on FGM’ was the collective which was born out of this effort to verbalise a past trauma. This in itself gave all the women the courage to channelise their pain into a larger campaign within and outside the community in order to end FGM.

Historically, the practice of FGM in Africa predates Islam and Christianity. The purpose of the practice has been to curtail the sexuality of a girl. In parts of Africa, the entire external genitalia, clitoris, and the labia minora and majora are cut, after which the vaginal passage is stitched up – a process known as infibulation. Bohras cut only a part of the clitoral hood or the prepuce above the glans of the clitoris.

The differences in the two procedures has been used as an excuse by the Bohra clergy to differentiate the Bohra practice from that in parts of Africa.

Large sections of the clergy are busy cleverly countering the anti-FGM campaign by arguing that what Bohras do is not “FGM”  but “khatna,” which is clitoral unhooding. They justify the practice by saying that Bohras just prick, nick or cut the prepuce, the small tip of the clitoris.

The WHO definition of FGM, however, very clearly and categorically covers the procedure of clitoral unhooding, as well as any act of nicking or pricking as being FGM and violative of human rights. The WHO also categorically states that all forms of FGM have no medical benefits and only cause severe physical, psychological and sexual harm to the young girls on whom they are perpetrated.

The impact of the campaign

The campaign has taken the community by storm. On December 1, 2015, ‘Speak Out on FGM’ started a signature petition asking the government to ban FGM in India. Within months, the campaign had notched up a massive 50,000 signatures.

They used social and mainstream media actively to put the practice under a microscope. They sought answers for the following questions from community elders: which part if the clitoris is cut? Who instructs the midwife about it? Are there any guidelines? What if a larger part is cut (as it has been in many cases)? What is the impact of this cutting on a girl’s sexuality and her sex life ? Why do only Bohras cut a part of the clitoris, when the entire Muslim community in India does not do this? Why is deception always used to do khatna? If it is religiously ordained why is it a secret and done discreetly? What about our human rights?

Clergy and community leaders have either refused to hear them in the first place, or attempted to silence them. They are now actively attempting to discredit the campaign.

The hypocrisy of the Bohra clergy on this issue is evident from the string of resolutions that were passed in February and April 2016 in western countries like Australia, the US, the UK and Europe which already have strong anti-FGM statutes, stating “Hubbul Watan Minal Iman” which means”love for the land of abode is part of our faith.”  These Bohras have been categorically told not to practice khatna: “All parents and guardians are hereby directed in the strictest terms not to carry out khafd (khatna) under any circumstances and the consequences of breaking the law will be solely yours.” These resolutions were an obvious response to the Australian trial and the very real possibility for jail term for anyone flouting the law.

India has no such law against FGM, hence the clergy in India is unabashedly promoting FGM.

It is also worth mentioning that while the Syedna Mufadal refuses to issue a clear cut statement on the practice, his rival Syedna, Taher Fakhruddin, who has laid claim to be the high priest, has issued a clearer statement denouncing the khatna of small girls, saying that it should be abolished.

‘Speak Out on FGM’ has reached out beyond their community to people from other countries as well as organisations working on issues of violence against women and children. Some Bohra men also have come forward to join hands with the women leading this campaign.

The next logical step for this movement is to knock on the doors of lawmakers and parliamentarians to take cognisance of this gross violation of child and women’s rights and abolish this centuries-old feudal practice.