While the committee's recommendations do improve on the draft Bill, there are no details on regulating IVF clinics and the surrogate's autonomy is not respected at all points. 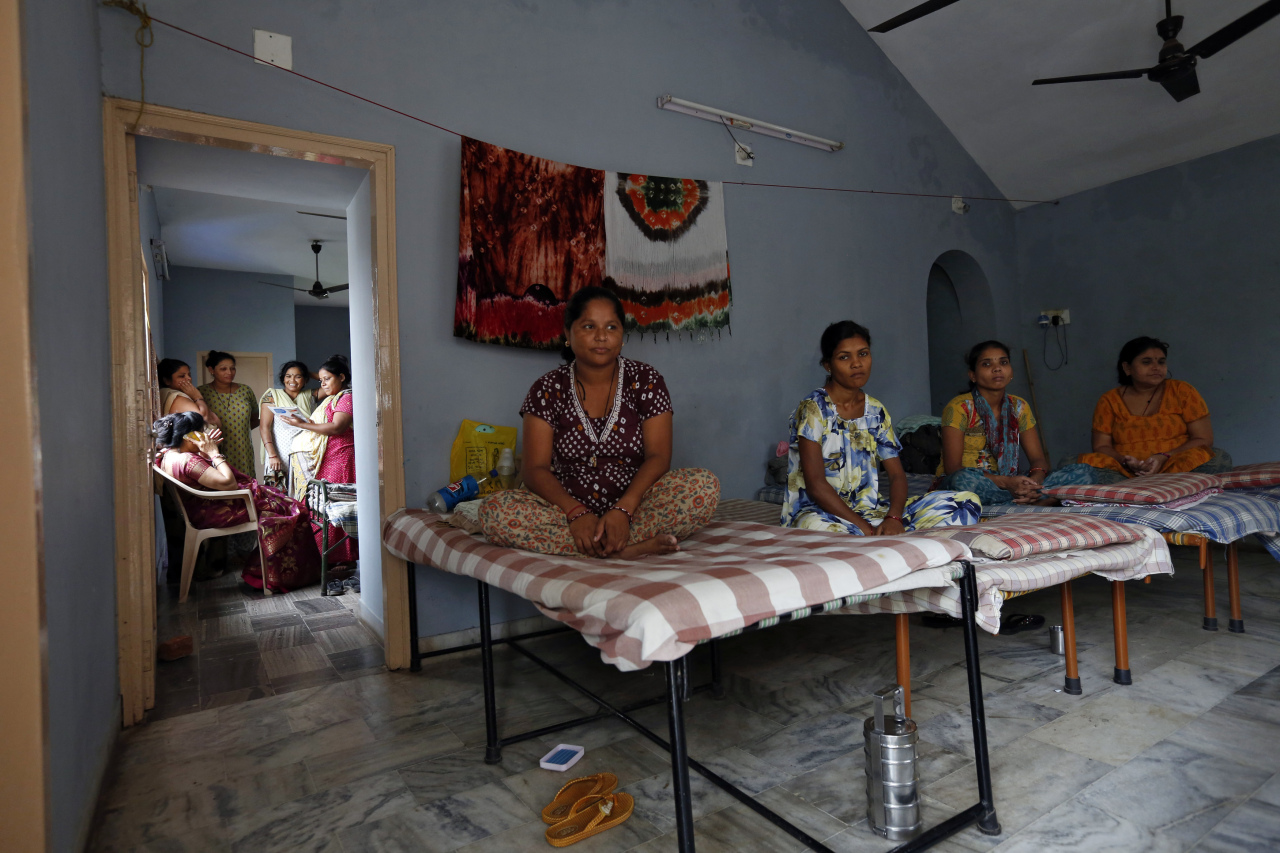 The dust is yet to settle on the widely-reported “surrogacy rackets” that were uncovered first in Hyderabad and then in Bhongir in June this year, where close to 50 women acting as surrogates were being “illegally confined” for the duration of their pregnancy. The women ‘rescued’ are from across the country, including a few from the Northeast and one from Nepal. Reportedly, they were gestating the fetuses as part of commercial surrogacy agreements with commissioning parents, who were non-resident Indians or foreign nationals. Media reports have highlighted that the Hyderabad clinic received Rs 15-30 lakh for each surrogacy arrangement, of which only about Rs 3 lakh was given to the surrogate mother. This episode highlighted the pressing need for regulation of fertility clinics. More importantly, the Hyderabad case also merits discussion on how banning commercial surrogacy – which has hitherto operated as an industry with deeply-entrenched networks – runs the risk of giving rise to a black market much like that of human organs.

This is a priority that has been ignored by the Surrogacy (Regulation) Bill, 2016, which is silent on the regulation these assisted reproductive technology (ART) clinics. The Bill, on the other hand, hinges on the paternalistic imperative to protect the surrogate mother against exploitation envisaged through proposed non payment to surrogates and by permitting only “near relatives” of the intended couple to be involved as surrogates. This has attracted much criticism and raised fundamental questions on whether “altruism” within patriarchal familial contexts can be free of coercion, given the social premium placed on motherhood, and why reproductive labour should be so undervalued so as to merit no payment.

The department-related Parliamentary Standing Committee on Health and Family Welfare in its 102nd report has examined the draft surrogacy Bill. Some of its recommendations, which acknowledge and reiterate the autonomy and rights of the surrogate, are appreciable. However, concerns persist despite the committee’s recommendations.

In one of its recommendations, the committee observes the “inordinate delay” in the follow up to the ART Bill, which includes provisions for regulation of ART/surrogacy facilities. The committee raises the lack of clarity on the “reasons behind bringing a fresh Bill specifically on surrogacy, when a detailed, comprehensive and all en-compassing Bill on ART services had already been drafted by the Department”. The committee asks to be apprised of the reasons behind the decision to draft a separate legislation for surrogacy. It, moreover, opines that bringing the “ART Bill before the Surrogacy (Regulation) Bill, 2016 would have been an ideal attempt for regulation of such clinics.”

This is an important issue raised by the committee, albeit at the very end of the report, given that the highly commercial and unregulated ART industry, located overwhelmingly in the private healthcare sector, has been completely disregarded. Since the surrogacy Bill only permits gestational surrogacy, irrespective of whether commercial or altruistic, it involves procedures such as in vitro fertilisation (IVF) and embryo transfer (ET), which entail a critical role for IVF clinics. It is important to focus on the phenomenon of surrogacy but at the same time, the ART industry that drives it must not remain beyond the realm of regulation.

The committee, recognising surrogacy as reproductive labour, says, “Permitting women to provide reproductive labour for free to another person but preventing them from being paid for their reproductive labour is grossly unfair and arbitrary…Pregnancy is not a one minute job but a labour of nine months with far reaching implications regarding her health, her time and her family.” It raises its concerns with regard to the proposed altruistic surrogacy arrangement. It also opines that “expecting a woman, that too, a close relative to be altruistic enough to become a surrogate and endure all hardships of the surrogacy procedure in the pregnancy period and post partum period is tantamount to another form of exploitation”.

It also recognises that “Given the patriarchal familial structure and power equations within families, not every member of a family has the ability to resist a demand that she be a surrogate for another family member. A close relative of the intending couple may be forced to become a surrogate which might become even more exploitative than commercial surrogacy.” 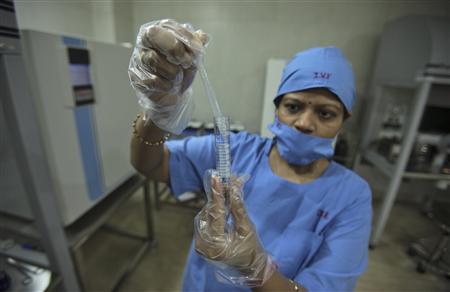 An embryologist carriesout a sample preparation process at Fortis Bloom Fertility and IVF Centre inside the Fortis hospital at Mohali. Credit: Reuters/Ajay Verma/Files

The committee recommends, therefore, that altruistic surrogacy be replaced with the“compensated surrogacy model”. Compensation, however, appears to be a deliberate discursive choice, further validated by what the committee recommends as compensation: “the lost wages for the duration of pregnancy, medical screening and psychological counseling of surrogate; child care support or psychological counseling for surrogate mother’s own child/ children, dietary supplements and medication, maternity clothing and post delivery care”.

Surrogate mothers are mostly from socio-economically marginalised communities and are part of the informal labour force (such as domestic workers) which provides neither fair conditions of employment nor adequate payment. Thus, calculation of compensation based on the loss of wages is unjust and unethical. The payment to surrogates should, on the contrary, affirm and be founded on the labour that she performs through the process of surrogacy.

The committee’s recommendation of a comprehensive medical insurance cover for the surrogate mother for a period of six years along with life insurance to address any long-term health issues arising from the surrogacy, regardless of the outcome of the process  – “….even if there is no take home baby” – is a significant recognition of potential health consequences including in the long term and the surrogate mother’s right to care.

However, the committee’s view point on consent by the surrogate, where it “…feels that consent from the husband of surrogate mother is also important”, is extremely concerning. Throughout the report, the committee reinforces reproductive autonomy and flags its concern about paternalism. Yet, by suggesting the importance of the husband’s consent, it ignores the very autonomy that it seeks to uphold.

Widening scope, but not enough

The committee is rightly critical of the decision of the Department of Health Research to exclude access to a range of persons and recommends the broadening the range of those who are permitted to access surrogacy services. It suggests inclusion, for example, of live-in couples, widows and divorced women. However, it falls short of articulating the inclusion of single or LGBTQIA+ persons who remain outside the ambit of heterosexual relationships.

It is also concerning that the committee recommends that the definition of infertility be reduced to one year from five years. While this would be in keeping with the WHO definition, as was observed by the committee, the reduction in the timeframe can “create” a larger number of “infertile” persons seeking assistance in reproduction, including surrogacy. Given the essentialism of motherhood and the prevalent stigma and discrimination resulting from infertility, the reduced timeframe may reinforce the medical construction of infertility, largely benefitting the ART industry. The definition of infertility has also played a significant role in escalating the number of infertile couples.

With regard to regulating the IVF procedure, the committee adopts an almost non-committal stance. Firstly, there are no recommendations on restricting the number of oocytes that can be extracted or on informed consent from various stakeholders involved in the procedure. With regard to embryo transplants, the following recommendation has been made: “The Committee is of the view […] there should be a prescribed limit to number of embryo implants. However, the Committee is not in favor of including the number of embryos to be implanted in the main statute.” It is not clear why the committee has not stipulated the number of embryos that can be transferred. If nothing else, it should have specified who should be entrusted with such decisions. For if such matters are left unresolved, these decisions will be taken by fertility clinics, which, driven by self-interests, will not factor in the risks to the surrogate mother or the gamete donors.

The committee states that the rationale for approval of the appropriate authority in case of the requirement of an abortion is unclear and recommends a review of the same in the Bill. It, however, suggests that the “role of appropriate authority can be envisaged where abnormalities of any kind have been detected in the unborn surrogate child. In such cases, it may be statutorily mandated upon the appropriate authority to state categorically the reasons for permitting abortion within a specified time-frame taking into account the consent of the intending couple and the physical well-being of the surrogate mother”. While the committee’s recommendation to review the approval of abortion is appreciable, the informed consent of the surrogate mother for abortion and her well-being must not be compromised on any account.