Shree Paradkar, who now writes for the Toronto Star, was a young reporter for the Times of India in Bangalore nearly two decades ago when the incident happened.

Note: This article was first published on October 22, 2018 and is being republished in the light of The Caravan’s report on eleven more women speaking out against Jatin Das’s sexual misconduct.

New Delhi: As the MeToo movement hit India, award-winning painter Jatin Das has been one of the biggest, most prominent names from the art industry to face allegations of sexual harassment. At the time of writing this article, four women had already shared their distressing experiences with the artist.

As tales of harassment, which were for years only being shared in whispers, made front page headlines, Canada-based journalist Shree Paradkar realised that she too needed to tell her story to the world. “This is my attempt to rescue my 22-year-old self. Wish I had understood more about consent and predatory behaviour was back then,” she told The Wire on the telephone.

Paradkar, who is a columnist for the Toronto Star and the author of  Betrayed: My Cousin’s Wrongful Conviction for the Murder of her Daughter, Aarushi, met Das for the first time at an event at an art gallery in Bangalore “sometime between 1996-99”.

“People used to refer to him as the ‘second biggest name in the industry after M. F. Husain’. We spoke at the event and he asked for my contact details,” she told The Wire.

Paradkar says that Das, who lived in Delhi, called her “at odd hours” after that interaction. She put that down to an artist’s eccentricity and dismissed any tiny red flags it raised because “it was a big deal to have such accomplished man was taking interest in her instead of dismissing her as a ‘young person’.”

“You are very bright. You have a lot of potential,” he used to tell her. “Write a few lines of what you feel every day and it will become great poetry.”

A few months later, Das said he was coming to Bangalore. Paradkar, who was working with the Times of India’s edition in that city at the time, decided to interview the artist for the newspaper. She was to interview him in the lobby of the Windsor Manor hotel. When she arrived, he wasn’t there. When she used the hotel phone to call him, Das asked her to come upstairs. 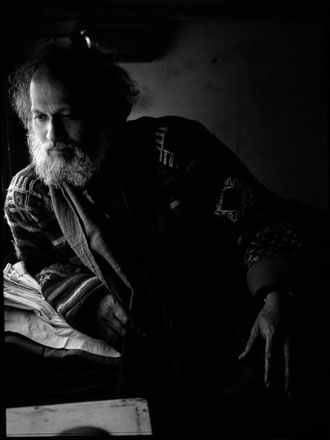 “I felt a little alarmed but still went upstairs. It felt churlish at that time to say no,” she told The Wire. “I didn’t feel I could say no.”

Das greeted her at the door with a hug. Once inside the room, he gifted her a white Bengali sari which had a red border, and a signed print of his painting. “The sari will look great against your skin,” he said.

The card on the painting described her as one whose “smile that stretches beyond spring.” Unsure of how to react, Paradkar began the interview and they sat opposite each other.

Midway through the interview, Das got up to go to the bathroom. When he came out,  she said, “I looked up waiting for the answer [to my question] when he suddenly bent over to kiss me. I quickly turned away and he kissed my cheek, jawline and then my neck. I said ‘no’ and he replied ‘oh, why not? Just a little one’. Then his hands were all over my body so I pushed him back. I remember feeling conflicted because he felt a bit frail. He stumbled into his chair. I felt guilt, but also repulsion. I felt numb, it was like I was observing myself, and when I looked at him the thought foremost in my head was, ‘how will I explain this in the newsroom? How will I explain why I don’t have the interview?’ So, I continued to ask questions, and he answered,” said Paradkar.

“It was a very strange interaction.” After finishing the interview, Paradkar rushed out of the hotel room and drove off.

“That’s when my breath started coming in big gulps. It felt like a panic attack. I took a few deep breaths and went straight to a friend’s house and bawled. After that, I went to the newsroom and filed my story and threw away the sari and the print he had gifted me.”

When asked if she filed an official complaint at her workplace, she said, “Gautam Adhikari had recently been named editor. I didn’t file a complaint because I had heard stories of him misbehaving with women.”

Also Read: #MeToo Is About an Individual’s Rights but Is Far Larger Than a Single Person

Multiple women in the last few days have shared stories of Adhikari sexually harassing them.

Paradkar has shared this story with many friends over the years. The Wire talked to two of these friends to corroborate her account of what happened that evening. They wish to remain anonymous.

Responding to The Wire, Das said, “I am deeply anguished by the recent allegations made against me. The first thing I want to say is that everyone has the right to speak out. Having said that I want to categorically state that I have never forced myself or been abusive towards any woman. The allegations that have been cited are from many years ago. I know that anything I say now might be misconstrued or misused. However, I do want to say at this point that if any woman has experienced any kind of discomfort because of me, I sincerely apologise. It was never my intention.”

Meanwhile, the well known artist Rini Dhumal has rallied to Das’s defence. She posted a short note on her Facebook page on October 22 urging people not to point fingers at Das “until the allegations are proven”:

“#metoo I have known Jatin Das for last forty five years and during this period I have been to number of places in India an abroad for artist camps travelling with Jatin Das. I have never seen him misbehave with any woman. Always seen him engrossed in his work …sketching and seeing things. Until the allegations are proven one cannot point a finger at Jatin.”

You can follow our extensive coverage of MeToo here.