The problem isn’t women’s fertility but that the government hasn’t been held accountable for failing to uphold people’s reproductive rights. 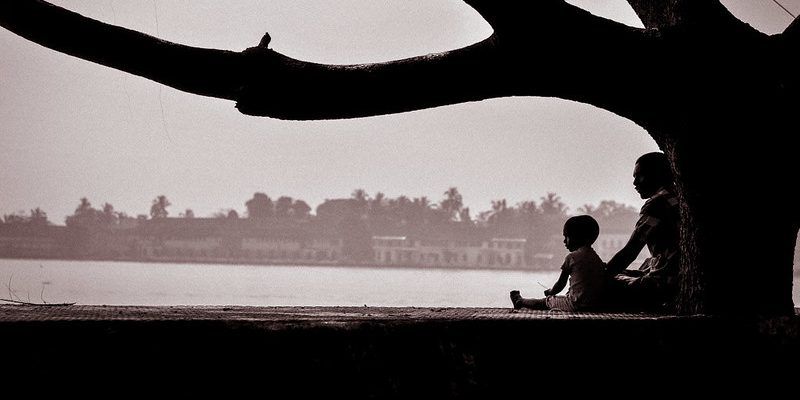 In his Independence Day address in 2019, Prime Minister Narendra Modi described the supposed problem as a major one. But as the authors wrote for The Wire at the time, there is evidence to show India is already headed towards the replacement-level fertility rate, and additional measures – especially coercive ones – are not necessary to ensure we get there.

Population control is not a problem. Instead, the lack of scientific evidence in support of coercive population policies only exposes the political, exploitative and sometimes sinister nature of policy formulations in India in general.

Experts have written about the possibility of such policies increasing female foeticide, harassment of marginalised groups and violence against women. Some public health practitioners have also called out the paternalistic nature of such policies and have urged the government to address the unmet need for contraception and better delivery of health and education services instead.

Some politicians and legal experts have also pointed out the communal agenda behind Uttar Pradesh’s policy in particular – targeting the Muslim population. Others have illuminated an electoral agenda and the effect the Bill could have on the upcoming state elections by disenfranchising marginalised groups.

Now, why are such coercive policies formulated in the first place? The arguments above explain some facets of the state’s decision – but they don’t say why policymakers zero in on population control as the sphere in which to impose their ideas. We propose that gender is at the heart of this issue.

Population control measures are an easy target because of the gendered nature of their underlying problems. Examine the statements issued by various politicians over the last few weeks in response to Uttar Pradesh’s draft Bill and it should be clear that their central, uniting theme is the blind eye the government has been turning towards women’s reproductive rights.

Historically, women’s bodies have been controlled by men, who think of the bodies as resources. Male politicians, and men in general, are more comfortable governing women’s bodies than their own. In the 70-year history of family planning programmes in India, multiple governments at the state and national levels have implemented coercive measures of some form to control women’s fertility. Some examples are the Rajasthan Panchayati Raj Act 1994, the Telangana Panchayati Raj Act 1994, the 2005 amendment of the Gujarat Local Authorities Act, and the Maharashtra Zilla Parishads and Panchayat Samitis Act 1961.

Also read: The Pandemic Can’t Be an Excuse To Overlook Women’s Reproductive Rights

Forceful male sterilisation as a policy in India occurred during the Emergency in 1975-1977, with significant electoral repercussions for the ruling dispensation. This is a big reason why controlling men’s fertility – largely perceived to be emasculatory – isn’t a popular policy measure. (In fact, if UP’s population control policy had explicitly focused on men, and invoked coercive practices to control their fertility, the Bill is unlikely to have been drafted.)

However, India’s family-planning programme should move away from trying to control men’s or women’s fertility and towards reproductive and gender justice – through gender transformative policies that include men. This shift is important because it is unfair to thrust the onus of transforming gender norms and uprooting patriarchy on women alone, especially since the men predominantly uphold patriarchal values and directly benefit from them.

A significant call to involve men in family planning was made 25 years ago at the fourth World Conference on Women, in Beijing, a UN event. Attendees at the event highlighted the need to promote equal relationship and shared responsibilities between men and women in matters of sexual and reproductive behaviour; encouraging men to equally share in child care; and designing specific programmes for men of all ages to achieve these outcomes. India’s health systems, however, have made nothing more than token efforts – like observing ‘vasectomy fortnight’ in Novembers to raise awareness of male contraception, and increasing compensation for men who undergo vasectomies.

Specifically, India needs gender transformative approaches, where the focus is on addressing society’s unequal gender norms, especially those that disadvantage women. Such an approach would engage with men to understand their ideas of patriarchy, masculinity and power relations, help them reflect on how these ideas sustain unequal gender expectations, and finally, encourage them to adopt more positive definitions of masculinity.

This would translate to men getting more involved in issues of reproduction and family formation, as well as sharing reproductive responsibilities with their partners – like deciding the family size, contraceptive use, care work, etc.

Also read: BJP’s Authoritarian Population Policy Is in Sharp Contrast To Persuasive Strategies in the 1940s

Gender transformative approaches have shown promise in multiple sites across India. The Men in Maternity (MiM) study in Delhi, for example, demonstrated that regular counselling for couples yielded significant changes in the knowledge and behaviour of men and women regarding contraceptives, and promoted joint decision-making in choosing family planning methods.

The PRACHAR project in Bihar trained young male youth, aged 15-19 years, and reported remarkable improvements in the acceptance of family planning methods. The Yaari Dosti programme in Mumbai used group-education activities with young men to question traditional concepts of masculinity. The GEMS programme in Goa, Kota and Mumbai engaged with young adolescents (12-14 year olds) through classroom sessions, role-playing games and other activities to induce changes in their attitudes towards traditional gender norms, and resulted in, among other things, more involvement in household work.

Adopting gender transformative approaches vis-à-vis health systems would mean ensuring family planning services and information are readily available to men as well. In addition, male health workers could discuss with other men about family planning and sexual and reproductive health. To this end, they could use strategies to which men have been known to respond better, such as group education and community outreach with positive messages that emphasise how men can initiate change. Care workers can also shift from counselling women to counselling couples – both partners together – about family planning and enabling shared decision-making.

The obsession with controlling population and reaching a specific target diminishes people’s existence to statistics, and encourages victim-blaming – women, in this case. Instead, the problem is that the government hasn’t been held accountable for failing to uphold people’s reproductive rights more broadly, and implementing gender transformative approaches in family planning programmes specifically.

Saurabh Rai is a health policy analysis fellow and a PhD candidate and M. Sivakami is a professor, both at the School of Health Systems Studies, Tata Institute of Social Sciences.