Conditionalities related to utilising health services do not make any sense in the absence of a service guarantee and only serve to blame the victims and not the system for its failures. 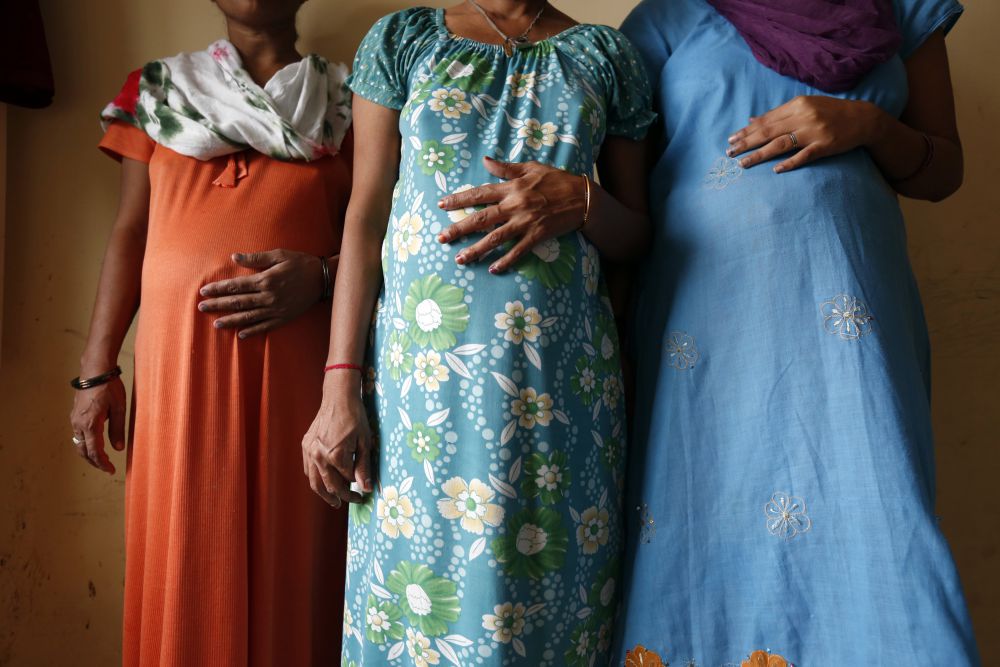 The maternity benefits programme is a much delayed implementation of the commitment made under the National Food Security Act. Credit: Reuters

Nearly six months after the prime minister announced maternity benefits of Rs 6,000 to pregnant and lactating mothers, the cabinet yesterday approved the implementation of the maternity benefits programme (MBP) – a scheme that will likely exclude a large majority of women in the country.

Under the scheme, pregnant women and lactating mothers will receive Rs 6,000, Rs 5,000 of which will be given in three installments, provided that certain conditions related to completion of registration of pregnancy and birth, antenatal care and immunisation are met. The scheme is also restricted to the first live birth.

In fact, the new MBP is a watered down and much delayed implementation of the commitment made under the National Food Security Act (NFSA) passed unanimously by parliament in 2013.

Section 4 of the NFSA states:

The Supreme Court has twice asked the government to explain the delay in the implementation and present to the court what their plan of action is. In an affidavit filed in October 2015 in the Supreme Court, the Ministry of Women and Child Development stated that subject to the approval of Cabinet Committee on Economic Affairs, the Indira Gandhi Matritva Sahyog Yojana (IGMSY) would be extended to all the districts of the country by the end of the 12th five-year plan period (2016-17).

In another affidavit filed in April, the ministry stated that “all pregnant and lactating women would be given Rs 6,000 in installments” (along with the same exceptions as under the NFSA). This new MBP is therefore contradicting not only the spirit of the NFSA but also what this very government has stated to the Supreme Court.

The NFSA for the first time presents an opportunity for recognition of women’s unpaid work and right to wage compensation during maternity as it provides for a universal maternity entitlement to all women. The Maternity Benefits Act only covers women in the organised sector, leaving out more than 90% of the women in the country.

The provision of Rs 6,000 as a maternity entitlement for all pregnant women is not only a recognition of the fact that women need to be compensated for wage loss during pregnancy and child birth, but also that for ensuring exclusive breastfeeding for the child, the state needs to create an enabling environment which includes a number of things, and quite centrally maternity protection. It has been argued that Rs 6,000 in NFSA is not linked to wages and what must be done is to introduce a maternity benefit equivalent to at least minimum wages for those in the unorganised sector to bring some parity with women working in the organised sector. This was the demand that a number of women’s groups, trade unions and rights-based campaigns made while the amendments to the Maternity Benefits Act were being discussed last year.

Therefore, while the amount is already low, the new MBP seeks to further bring it down. The MBP release states, “It has been decided to give the benefit of Rs 5,000 to PW&LM in three installment for the birth of the first live child by MWCD and the remaining cash incentive as per approved norms towards maternity benefit under existing programmes after institutional delivery so that on an average, a woman will get Rs 6,000.”

By doing so, not only has institutional delivery been made a requirement to get a wage compensation for pregnancy and child birth, but it also seems as if the Janani Surakhsa Yojana (JSY) which is a cash-based incentive of Rs 1,400 for institutional deliveries, has been subsumed under this scheme. The JSY is an older scheme started for a different purpose and should not be confused with maternity benefits for wage compensation. The NFHS-4 data shows that in 2015-16, the average out-of-pocket expenditure per delivery in public health facility was Rs 3,198. So the JSY is barely succeeding in reducing the burden of out-of-pocket expenditures during the time of delivery.

Secondly, by restricting the benefit to only the first live birth, the MBP is excluding the most vulnerable women in the country. Based on the Sample Registration System report on fertility indicators, 43% of the current live births in India are first order births, thereby straight away excluding more than half the births that take place in a year (about 57%) from the MBP.

This figure is even worse in poorer states with only 29% of births in Bihar and 35% in UP being first order births. From earlier estimates of exclusions based on restrictions to only two live births, it is also known that women belonging to SC and ST communities are excluded more than others, because of higher fertility rates. This is itself linked to lack of access to healthcare and contraceptive services.

Thirdly, conditions such as full immunisation, institutional delivery and antenatal check up can also be ways in which to exclude those who are already excluded from health services – women who are poor, belong to Dalit and adivasi communities and live in the poorest and remote areas in the country. Conditionalities related to utilising health services do not make any sense in the absence of a service guarantee and only serve to blame the victims and not the system for its failures. On the contrary, as found in a field study by Centre for Equity Studies in four states of the pilot IGMSY scheme, these conditionalities only served to increase the administrative burden on frontline workers such as anganwadi workers who are implementing the scheme.

Therefore, despite all the grandstanding by the government, the MBP is just a scheme designed to be exclusionary and will keep out those women who need maternity benefits the most.