Haryana, No Country for Women, Old or Young

The recent spurt in crimes against women and the less than ideal response of the state machinery, underlines the urgent need for a strong social movement. 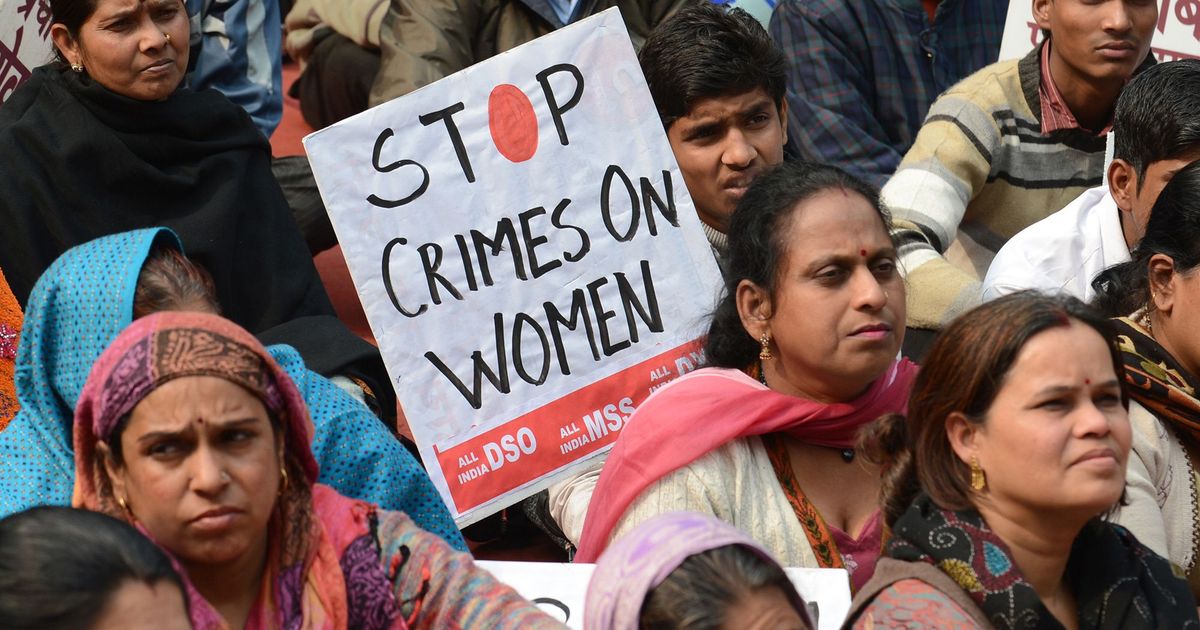 All social movements, including those of Dalits, women organisations, civil society groups and individuals must come together and fight for dignity of women. Credit: Reuters

“Give me a voice of thunder that I may hurl imprecations upon this cannibal whose gruesome hunger spares neither the mother nor the child.”
∼ Rabindranath Tagore

Slogans like ‘Beti Bachao’ and ‘New India’ are a mere rhetoric, at least in Haryana, which recently witnessed a spate of attacks on women across age groups, ranging from a three-year-old to a 50-year-old woman.

While people, by and large, are shaken by these incidents, the-knee-jerk reaction of the Bharatiya Janata Party-led state government is alarming. But, what is most disconcerting is the ‘business as usual’ attitude that prevails in the state – after some symbolic protests, mainly by women.

Following a series of incidents of gangrapes-cum-murders reported in the state within the first few weeks of this month, the question that arises is: How has our society reached a point where a small section of men feels they are exempted from facing any legal or social repercussions? This should set the alarm bells ringing for the government and civil society. For, if immediate action is not taken, it may well be too late.

But, first, we need to understand this dreadful phenomenon .

What we are witnessing in Haryana today is a cultural decline, which has been fuelled by a cocktail of rampant economic liberalisation and feudal values, best expressed in the slogan of the day  – “looto khao, haath na aaoo (rob and run)”.

The National Crime Records Bureau (NCRB) data for 2016 has indicated that Haryana has acquired the top spot among all states in terms of gangrapes. According to the data, over 1,000 incidents of rape – of which 200 were gangrapes – were registered in the state in the span of one year. For those of us who live in the state, it is fairly well known that several more cases have gone unreported.

While there has been systematic dehumanisation of the vulnerable sections of the society over the years, the total collapse of legal machinery has added to widespread criminalisation of youth. Day-to-day crime in the state is not limited to petty theft anymore. There are kidnappings, murders and highly disturbing cases of sexual abuse of minors where the autopsies conducted have indicated spine-chilling acts of violence.

The Manohar Lal Khattar government has failed in its duty to ensure public safety and must be held accountable. Ironically, the chief minister accused the opposition parties of politicising these incidents on January 17, and the very next day, the body of Mamta Sharma, a folk singer, was found in the fields of Baniyani village in Rohtak district, which happens to be Khattar’s village. Sharma had been missing for three days before her body was found.

Earlier, the chief minister had drawn flak for blaming sexual violence on how women dressed. The display of such a regressive mindset by the highest political functionary in the state sends a wrong signal to the administration and only emboldens criminal elements.

However, there are several questions that stare us in the face today – how do we collectively as a civil society articulate this socio-cultural degeneration? Why are women and minor girls being made victims of such brutality?

Some of answers pertaining to the dehumanisation of youth can be attributed to the decadent values being unleashed by neo-liberal market forces that thrive on pushing blind consumerism on the one hand, and the near-total absence of both formal and informal spaces of engagement with the youth, be it family, community or educational institutions. Deepening agrarian crisis and alarming joblessness is adding its bit to create a whole generation of disgruntled youth, highly prone to drug addiction and resorting to different kinds of crimes. The skewed sex-ratio in Haryana makes matters worse. Already groomed in a regressive cultural milieu of patriarchy and male chauvinism, this youth is easily attracted to warped and violent instant sexual gratification.

Charged with the constant need to prove their masculinity, high on immunity from previously committed incidents of abuse, along with the mindset of seeing women as mere commodities at men’s disposal, they seek the most vulnerable targets, who are then killed in the most gruesome ways.

While Dalit women happen to be the easier targets, women from other communities are also among the victims of growing sexual violence. And, when women as a whole are unsafe, how can  the scourge of senseless violence inflicting society not touch ordinary citizens?

We have reached a stage when neither the police nor the law is proving to be a deterrent. The only thing that has checked the violence to some extent is the unflinching courage with which  women are still fighting and asserting their independent identities, be it the case of those raped by Gurmeet Ram Rahim Singh, or that of Varnika Kundu or Ruchika Girhotra. Theirs is really the kind of resilient struggle that the entire society needs to be a part of.

A piecemeal approach and rhetoric, like death sentence for rapists of minor girls, can prove to be counter-productive rather than a deterrent. What is needed is a broad-based initiative and a  sustained movement to counter this violence in society.

The women of Haryana have been bringing laurels to the country in sports and other various fields. The least that we owe to the women in the state is zero tolerance towards violence.

While the law enforcing agencies will have to be made accountable and the Haryana government must be made answerable, what Haryana needs is a social movement to create a society based on equality and social justice. Therefore, all social movements, including those of Dalits, women organisations, civil society groups and individuals must come together and fight for dignity of women and the basic rights of all citizens.

Jagmati Sangwan is a women movement activist based in Haryana.