Gender Equality in Sport Is the New Final Frontier for Women

A survey has revealed that the gender pay gap in sport is larger than one finds in politics, academia, business and medicine. 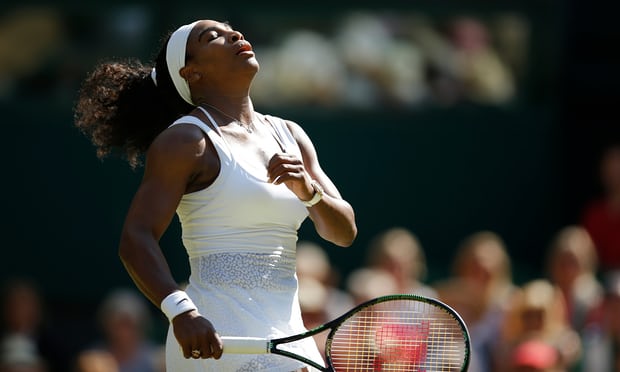 Owing to Billie Jean King, tennis has been fairer than most sporting disciplines. Credit: Reuters

There is a sports body which publicly states its aim to ‘achieve gender equity’. It also wants to make the sport of cricket more accessible for women and to provide them greater opportunities to become professionals. Many other teams/federations/organisations will claim to do so but the body in question went ahead with a historic financial commitment.

Cricket Australia now spends AUS$55.2 million on professional contracts for women cricketers, up from AUS$7.2 million. But it is an outlier.

This is just one of the facts which emerged from Sporting Intelligence’s Global Sports Salaries Survey 2017. The website calls its latest report ‘The Gender (In)Equality Issue’. That is putting it mildly. As the survey notes, the gender pay gap in sport is larger than one finds in politics, academia, business and medicine. Mind you, the report’s data is largely derived from countries that generally do well on economic and social development indicators – Sweden, Germany, the US, Australia et al.

There are plenty of numbers which shed light on sport’s inferior status but the sting lies here – “Space is no longer the final frontier. Gender equality in sport is. Female astronauts are almost 12 times more prevalent in their industry than professional female footballers.” Fly me to the moon.

Yet, it is not considered to be a problem. The simple argument goes that the male sport is far more popular and revenue generating. With corporate support always there for men’s sport, why would Cricket Australia promote women’s cricket? It does not make good business sense, we are told.

Another argument often presented is that female athletes just do not match up to their male counterparts. But women’s tennis and WNBA have shown that significant interest exists in the game when appropriate pathways for players and marketing of the sport are in place. Without them, who could succeed? Popularity grows when the spotlight switches on. This summer’s cricket World Cup final saw a TV viewership of 1.1 million in the UK, 400,000 more than who tuned in for the men’s Champions Trophy final involving India and Pakistan a month before.

Tennis, of course, has been fairer than most sporting disciplines thanks to the admirable work done by Billie Jean King, who led the establishment of the Women’s Tennis Association in 1973. But even in a sport which has broken ground farther than other sports, the pay gap remains significant. According to the survey, among the top 100 professional players, men earn 24% more than women.

The numbers only get worse in a system which limits women’s opportunities in professional sport. The Board of Control for Cricket in India (BCCI) was the last major cricketing nation to award contracts to its female cricketers in 2015. They have not been renewed after lapsing last year thanks to the ongoing crisis at the board; significantly, that did not affect the contracts for male cricketers. More importantly, the national women’s team has not played a single international match since the World Cup final in July. The players have been paid on a series-to-series basis in the absence of full-time contracts, but one wonders if the administration is serious about women’s cricket when it does not organise a single fixture for months at end.

Also read: Like the IPL, Indian Sports Journalism Is a Boys’ Club With a Sexism Problem

The question of equal pay is one of fair treatment. Cricket Australia was widely lauded earlier this year because it actively sought to support professional cricket for everyone. The BCCI, though, is only part of the problem. Gender discrimination is not a concern for most sports bodies.

As the survey notes, the prize money for the previous FIFA women’s World Cup was merely US$15 million. For the men’s showpiece event, it will be US$400 million next year in Russia. Now, since FIFA runs football for both men and women, would it be a radical idea to have equal prize money? It would be in the antiquated corridors of football’s governing body. If it ever comes around to the idea, it will not be the first sporting body to do so – tennis got there first. But the lack of will to act on this permeates male-dominated spheres.

As the founder of Women’s International Cricket League Shaun Martyn notes in the Sporting Intelligence report, the question of ownership of a sport is relevant to this debate. The people in power are usually men who often prioritise status quo. The question is not whether women’s sport is worthy of being promoted; rather, what are sporting bodies doing to promote women’s sport? Since they nowadays claim to harbour a sport’s best interests – and not that of men – it is incumbent upon them to demonstrate a break from history.

But any such challenge to authority is not welcomed. If a private body was to provide opportunities for women to play a certain sport competitively, the question of ownership would often come up and its status would not be recognised. Turf wars often come in the way of such progressive initiatives, observed Martyn.

Without the best facilities and support, women in sport will not find a home. For many female athletes, the lack of financial rewards forces them to manage multiple jobs in order to continue their involvement with the sport. Their semi-professional status makes it tougher for their interests to be taken seriously.

Another important task was undertaken by the Sporting Intelligence survey. The number of professional footballers in this world is not exactly known. As the report notes, different bodies like FIFA, FIFPro (the global body for professional footballers) and the Football Observatory (a research group at the International Centre for Sports Studies in Switzerland) have undertaken counts at different points in this century. But Sporting Intelligence sought to get a more accurate picture; though it could not come up with anything better than an informed estimate.

A recent report by UEFA on women’s football in Europe did help matters but the definition of a ‘professional’ varies from country to country. So while Turkey reported that it has 316 professional women footballers in a ten-team top division with a few amateur sides, two-time World Champion Germany counted none. Such discrepancies, though, did not hide the fact that even traditionally strong football nations have low-paid or unpaid female footballers.

Having taken all the available information into account, the report estimates that there are 137,021 male professional footballers and they have only 1,287 female counterparts. The biggest caveat to attach to these numbers is that of the semi-professional tag; the men’s count would drastically go up if that was to be included while there would a drop among the women as many of the counted are semi-professional in reality. Even if one were to take the numbers at face value, it would mean that only 0.93% of the world’s professional footballers are women.

For any sphere of human enterprise to have less than 1% women is staggering. Female footballers who ply their trade in the elite leagues of France, Germany, England, the US, Sweden, Australia and Mexico earn a combined salary that is almost equal to that of Neymar, who became the most expensive footballer this summer when French club Paris Saint-Germain signed him. 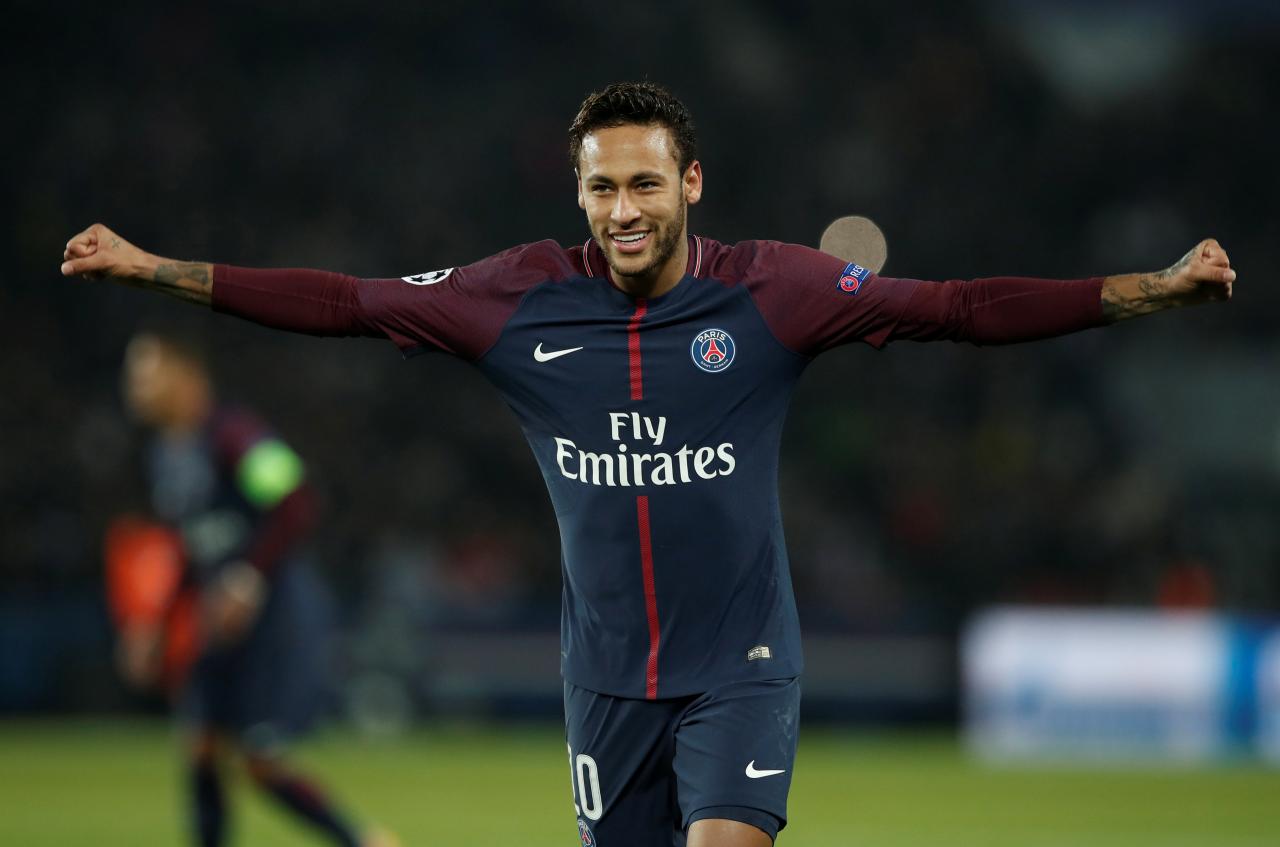 The combined pay of seven top women’s football leagues adds up to the same figure that Neymar takes home in a season. Credit: Reuters

Yet, in an age when income inequality is becoming a political rallying point, the gender pay gap does not seem to be considered a problem. Male sport’s influence is legion; women’s participation in professional sport is considered to be a good thing but very few seem to make the situation less inequitable.

I have argued it before that it is not women who need to adjust to sport; rather it is sport that needs to be redefined. Cricket Australia took a welcome step to alter the perception. Norway’s Football Association is also worth a mention as it chose to bring pay parity for the national men’s and women’s teams – the male players contributed more than US$ 67,000 to their female counterparts for commercial activities.

The only way to help women’s sport grow is to invest in it with the enthusiasm reserved for the men. The pathways to professionalism need to exist in every sport for women, for them to be able to assert themselves like only a few athletes do right now.

But institutional support can arrive only if we set a more progressive agenda for sport. What is sport for? Why does it exist? It is important not to separate it from the world we see. The discussions around entrenched patriarchy are arguably more relevant for sport, if one goes by the numbers in the report discussed here.

The battle for equal pay, of course, is a long one. But improvements will not be made if the insular attitudes which engulf sport do not change. In March last year, five members of the US Women’s national football team sought redressal from the Equal Employment Opportunity Commission – a federal agency – when they were convinced that the federation, US Soccer, would not be forthcoming with a satisfying proposal for equal pay. If sporting bodies refuse to listen, seeking external intervention might be the only way to go.

This should be kept in mind as we consider sport to be, arguably, gender inequality’s final fortress. It is time to storm the Bastille.

Priyansh is a sports journalist and writer.