With Data, an Attempt to Lift the Veil of Secrecy Around Female Genital Mutilation

A new study has shed light on the prevalence of female genital mutilation in India, and the negative physical, psychological and sexual trauma caused by it. 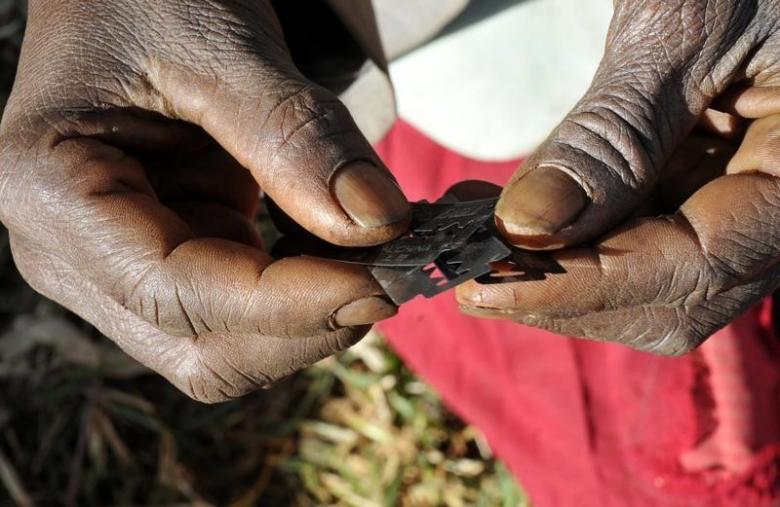 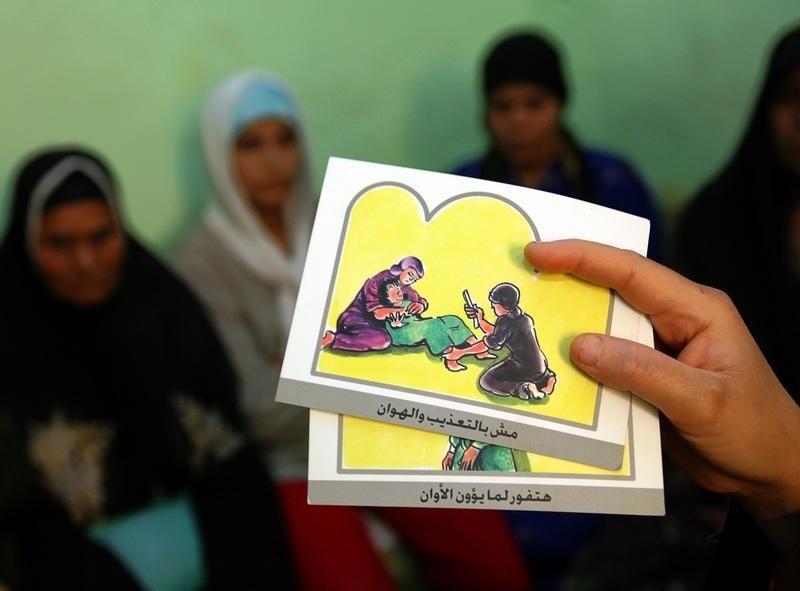 New Delhi: The first time I truly became aware of the practice of female genital mutilation – and not in the abstract form of a news or research report on a website somewhere – was while listening to the experience of a Pakistani woman on NPR’s This American Life in early May 2016.

A part of this woman’s clitoris was forcibly removed when she was seven-years-old. It was done in secrecy. No one spoke to her about it.

Listening to Mariya Karimjee’s account of what she went through, and the physical and psychological trauma that she deals with even years after the actual incident, was so difficult that I shut the radio mid-way.

It wasn’t until weeks later that I could return to the 32-minute podcast and listen to Karimjee – in bits and pieces – talk about the time she discovered as a teenager that her vagina was different from the diagrams depicting female genitalia, her anger with her mother over it, her account of the pain she experienced while having sex for the first time and finally, her attempts to change the minds of the people in their community who continue to practice khafd, or female circumcision – Dawoodi Bohra Muslims.

While the Union government’s women and child development ministry has denied its existence in India, a new report – based on in-depth interviews with 94 people from the community (83 women and 11 men) – has shed light on its prevalence in the country.

The year-long study was published on the eve of International Day of Zero Tolerance for FGM.

Reportedly, FGM is practiced among a few sects in India, including the Dawoodi, Suleimani and Alvi Bohras and a few Sunni sub-sects in Kerala.

Supporters of khafd, according to the report, claim that as it is practiced in the country, it is not female genital mutilation/cutting (FGM/C) because “it is just a nick on the clitoral hood, which is just useless skin anyway.”

The Dawoodi Bohra Women’s Association for Religious Freedom told Reuters that the study did not represent the views of most Bohra women, and that khafd and FGM were “entirely different” practices.

According to the World Health Organization, however, any procedure that involves “altering or injuring of female genitalia for non-medical purposes” is FGM/C. It’s recognised internationally as a “violation of the human rights of girls and women.”

Also read: The Resistance Against Female Genital Mutilation in India is Growing

Proponents in the community have often cited ‘lack of evidence’ about its impact to claim that FGM/C is not harmful – and should thus be continued. The new report, titled ‘The Clitoral Hood a Contested Site: Khafd or Female Genital Mutilation/Cutting (FGM/C) in India,’ aims to counter exactly that.

Lakshmi Anantnarayan, the writer of the report, clarifies: “All three traditional circumcisers we spoke with confirmed that they used a scissor to remove a piece of skin or tissue, one of them even buried this piece of skin after each procedure. Further the clitoral hood is far from ‘useless’. It is an erogenous tissue with a protective function akin to the eyelids.”

Ninety seven percent of those interviewed said the procedure had been painful for them. What followed was bleeding, painful urination and difficulty walking. Some continue to suffer from recurring urinary tract infections.

Several even reported feeling fear, anxiety, shame, anger, depression, low-self-esteem and/or betrayal of trust. But not only does the report bring to the fore the physical and psychological impacts of the procedure, it also highlights the sexual consequences of FGM.

According to the new study, about 33% of women subjected to khafd said their sex life had been negatively impacted by the procedure. Among the problems are a low sex drive, over sensitivity in the clitoral area, inability to feel sexual pleasure and difficulty in trusting sexual partners.

The aspect of sexual trauma has not been probed before this, according to Masooma Ranalvi, the founder of WeSpeakOut, a survivors group which is behind the study. “It’s like a weapon in the armory of our movement that we have actual, live testimonies of women who have been subject to khatna, who’re saying this is how their marital life, their sexual life have been ruined,” Ranalvi told The Wire.

Why then do Bohras continue to engage in it?

“By God’s will, I have done many many khatnas and there is just no end to it,” said Hawwa, a 80-year-old traditional circumciser from a small town, who according to the study, has performed approximately 4,800-6,000 procedures in the last 50 years. “Girls should undergo khatna because we are part of the Shariat. If we don’t do the khatna, the person will be called ‘haram.’ Otherwise we will be called a ‘momeen’.”

When Karimjee spoke to her friends in Karachi, Pakistan who had undergone the procedure and dug around for an explanation, a recurring theme emerged – of curbing sexual desire and deterring women from engaging in casual sex. When the issue was prodded further, the curt response was: “It’s a part of our culture,” which is line with the findings of the new study in India as well.

Apart from wanting to continue with an old traditional practice, the reasons that emerged were – to adhere to religious edicts (Sunnat/ Shariat), to control women’s sexual behaviour and promiscuity and to abide by the rules stated by religious clergy.

Shabana Diler, one of the researchers of the study said that khafd is “mistakenly thought to be obligatory or compulsory by many who follow it, although it is only optional with no negative consequences when not performed.”

The study also reveals other misconceptions surrounding the practice that equate it to male circumcision, thereby linking khafd to hygiene, purity and cleanliness.

What khatna – as the procedure is also referred to – actually does, according to 43-year-old Nazima, is that it disempowers women.

“When somebody does something forcefully to your body, it takes away the sense of control that one should have on one’s body. If you take that feeling of loss of control and when you are with your partner what happens more often than not in our case is that, my husband has to initiate sex. I can’t initiate it. Because I feel that I don’t have that kind of control over my body. It becomes such that when I am asked for it I will do it.”

Terming the practice “a violation of basic human rights, a woman’s bodily integrity, her dignity and her right to choose,” Shashi Tharoor said at the release of the report in New Delhi on Monday: “For us in India to allow this practice to continue, sanctified as a cultural practice, is a big mistake. When we outlaw it, the practice will cease because the community concerned always has the reputation of upholding the law of the land.”

According to Ranalvi, while many believe that the intent of the family is not to harm, that’s exactly what happens when a girl – about seven-years-old – is subjected to FGM/C, as evidenced in the “heart wrenching stories” detailed in the report.

“A predominant narrative in the community is that it is such a slight cut that nothing happens to you, that it doesn’t affect you at all,” Ranalvi told The Wire. “Some women have gone to the limit of saying that it’s good. Pro-FGM narrative today has become so aggressive that women are actually saying that khatna was very good. ”

Pressure from the family, as well as the larger community, is one of the reasons why mothers – who have themselves experienced the trauma of the procedure – subject their daughters to genital mutilation/cutting. Munira, a 39-year-old mother from a medium city, explains:

“There is so much pressure from all around that you do end up doing FGM/C on your daughter. Your friends and parents keep telling you to get your daughter’s khatna and that acts as a pressure on us.”

Since the procedure is performed at a very young age, in absolutely secrecy and in a society that largely does not engage in sexual education, several women become aware that they have been cut much later in life.

Parveen, a 29-year-old Sunni Muslim woman from Kerala, who is among those surveyed for the study, did not realise until only seven years ago that she did not have a clitoris. “Usually, the top part, the clitoral head is removed but in my case, there is nothing.”

Amid polarisation on a plethora of issues in the country, and rising voices against the age-old tradition, the practice is slowing being abandoned, but there is also increasing religious orthodoxy. According to the study, several of those who support khafd expressed the need to make it more hygienic and minimise risks by shifting the procedure from traditional circumcisers to medical facilities.

Among the recommendations of the study is a targeted, grassroots-level outreach programme in medium cities and small towns with higher concentrations of Bohras, groups for survivors to share experiences and build a support network and sex education among both young and older women.

However, for the practice to end, say activists, there is need for the government to first stop denying its very existence.