Misinterpretations of the MTP Act reflect the failure of the legal system to treat vulnerable pregnant women as persons capable of making decisions concerning their body. 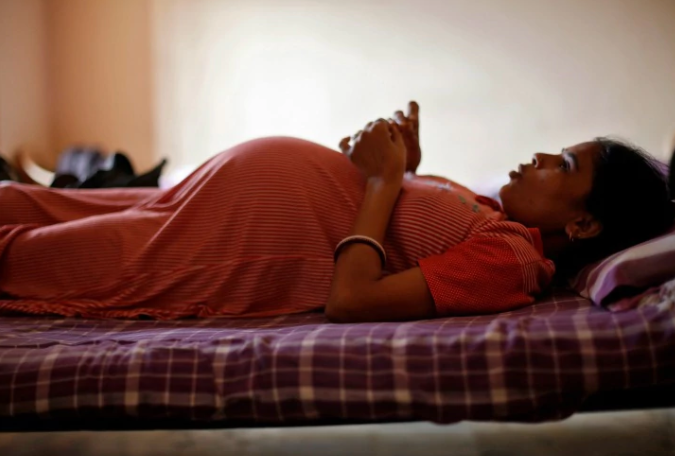 It is necessary to improve awareness about MTP Act guidelines amongst the police and doctors. Representative image. Credit: Reuters

The number of pregnant women approaching the courts to seek permission for an abortion in the recent past is a poignant reminder of the increasing need to review the Medical Termination of Pregnancy (MTP) Act, which was passed nearly five decades ago when abortion was legal only in 15 other countries. This despite the fact that India recognised women’s right to bodily integrity by way of legalising abortion as far back as in 1971. A careful review of the numerous emergent abortion cases that have reached the courts shows that the women came from different backgrounds and had different reasons for seeking abortions. They did, however, have one thing in common – they were all women imploring the right to bodily autonomy.

Efforts have been made in the past few years to enhance the provision of comprehensive abortion care (CAC) by suggesting amendments to the MTP Act, the need for which to be translated into reality is being felt across the country today. Days after the amendment Bill was listed for the Union cabinet’s consideration, the file was returned by the prime minister’s office, with directions to the health ministry to first ensure better implementation of the MTP and Pre-Conception and Pre-Natal Diagnostic Techniques (PCPNDT) Acts before attempting to bring about any amendments.

The overlaps between the MTP, PCPNDT, Protection of Children from Sexual Offences (POCSO) and Juvenile Justice Acts have exacerbated the existing confusion in their understanding and implementation, leading to profound errors and delays in justice delivery. When there is legal and policy confusion, it is the judicial system that steps in to play a critical role in interpreting the laws and providing clarity. Yet, at some level, it may seem like it has failed in improving access by not distinguishing between the above mentioned Acts for the clarity of all stakeholders.

The MTP and POCSO Acts, for example, run into contradictions, as the former warrants the practitioner to protect the privacy of the girl, while the latter calls for mandatory reporting. The PCPNDT Act, which prohibits the disclosure of the sex of the foetus, has had a direct impact on abortion service delivery. This is because while on one hand it has instilled the fear of prosecution amongst providers, on the other, it has resulted in seekers erroneously assuming that abortion is the same as gender-biased sex selection, and therefore unlawful.

The misinterpretations of the MTP Act reflect the failure of the legal system to treat vulnerable pregnant women as persons capable of making decisions concerning their body and whether or not to continue the pregnancy. The insistence on the presence of a relative when a woman walks in seeking to undergo an abortion, and subjecting the woman to probing questions and judgmental statements reflect the prevalent bias and lack of sensitivity that is rampant amongst service providers as well as the law enforcement authorities.

The undue delays in submitting reports by medical panels and authorities appointed to analyse the severity of the woman’s condition results in her falling victim to systemic challenges. Even where the woman is not required to seek permission to terminate her pregnancy, doctors and the police have frequently petitioned courts, leading to further delays and often overshooting the permissible gestational limit for abortion.

The issue of consent is overarching in the abortion debate across the country today. Insisting on having the consent of the guardian/parents or the husband is problematic insofar as it strips the woman of her right to make decisions concerning her body, which should be her prerogative. According to the provisions of the MTP Act, only the consent of the woman whose pregnancy is being terminated is required. However, in case of a minor or a mentally ill woman, the consent of a guardian is required for termination.

The Punjab and Haryana high court in Dr Mangla Dogra and Others v Anil Kumar Malhotra and Others in 2011 ruled that consent is required only of the woman undergoing MTP, and the husband cannot force his wife to continue a pregnancy. The court added that “a woman is not a machine in which raw material is put and a finished product comes out. She should be mentally prepared to conceive, continue the same and give birth to a child.”

While this was a landmark judgment, the Supreme Court in the same year passed a judgment that was a step back in the advocacy of upholding the woman’s right to seek an abortion alone. The Allahabad high court in Samar Ghosh vs Jaya Ghosh ruled that a woman’s unilateral decision to terminate her pregnancy amounts to mental cruelty on the husband, and therefore is grounds for divorce.

While this did not directly counter the MTP Act, it challenges the woman’s autonomy by giving importance to the husband’s views in decisions concerning her body. The age of consent for sexual intercourse in India is also problematic as it criminalises all sexual acts below 18 years of age. Ironically, in practice, child marriage and marital rape continue to be legal in many parts of the country, which is a severe impediment to the effective implementation of the POCSO Act. This calls for an urgent need to streamline laws. In addition, there is the current debate on marital rape, and on the other hand, silence on the fact that POCSO does not provide exception to the husband of a girl below the age of 18 years of age. In case a married minor seeks termination of pregnancy, the doctors are required to inform the concerned authority under the provisions of POCSO that any sexual intercourse with a minor below the age of 18 is considered rape.

In order for us to extend the benefits of the MTP Act to women, and ensure adequate access to CAC services, it is essential to enforce certain measures apart from passing the suggested amendments to the Act. It is necessary to improve the awareness about MTP guidelines amongst the police and doctors, such that issues of spousal consent and stereotypes about women’s primary role as mothers do not resurface.

Social legislations need to be incorporated into medical curriculums, police training and school education. There is a need for better communication about abortion and its related Acts and busting of the associated stereotypes, which can be achieved through repeated emphases on the need to uphold women’s autonomy and bodily integrity. The time is ripe for our legal system to prove that it is not a barrier, but a facilitator.