A Kolkata Venture is Challenging Transphobia Through Handicrafts

Led by transwomen, Sathrangi aims to counter stereotypes and create employment for transgender people through the sale of handicraft products. 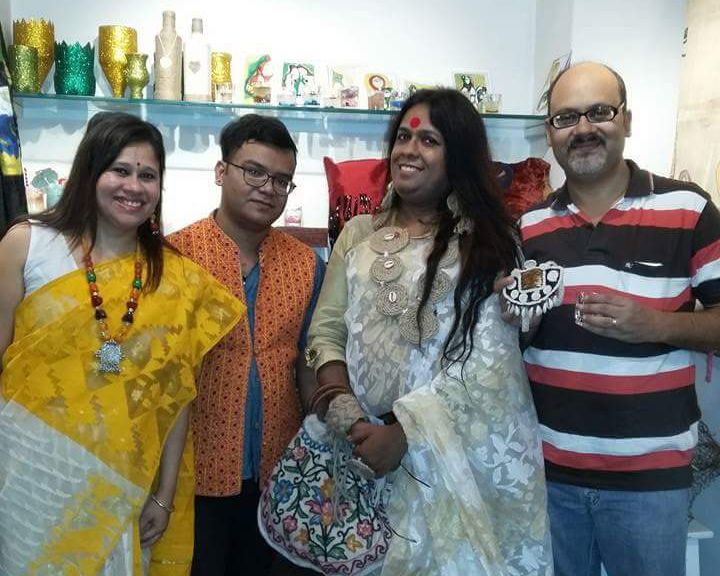 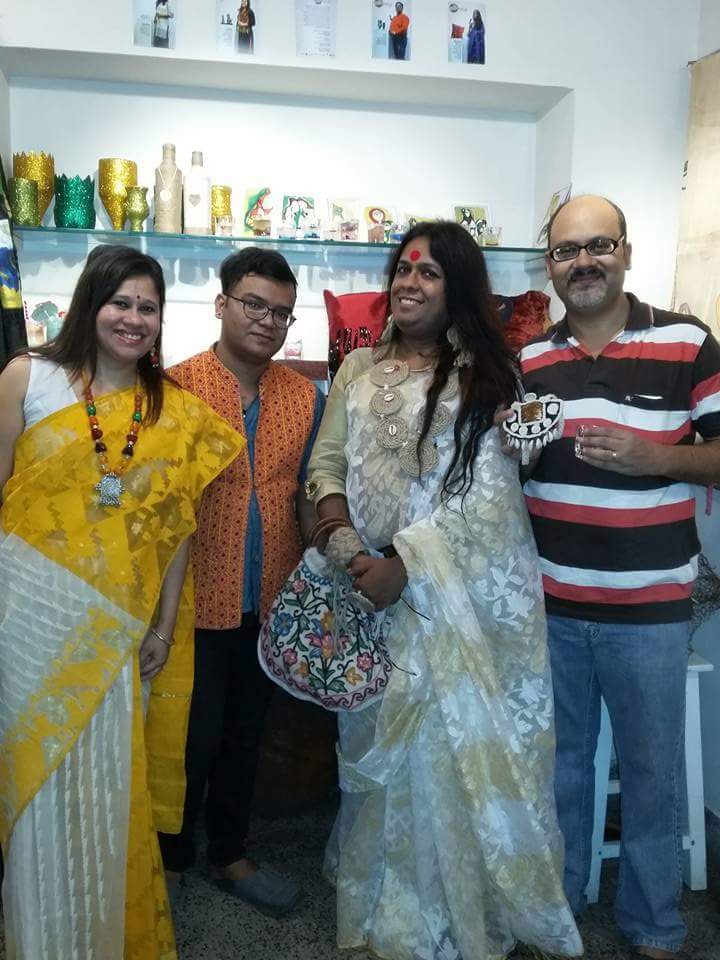 India’s transgender community may have rejoiced when the apex court granted them recognition in 2014 as ‘third gender’, but with the Transgender Persons (Protection of Rights) Bill still pending in the parliament, the lives of transgender people and their livelihoods depend on options like begging and prostitution.

It makes sense then that Sathrangi, a trans-feminine Indian livelihood venture, is focusing on handicrafts to help provide them employment. Led by transwomen and seeing the participation of women from excluded communities like those from red light areas, survivors of human trafficking and women farmers from the Sunderbans, the initiative has found support from many quarters.

Koushik Hore, who started Sathrangi, says that it was important to create a space that could creatively engage and economically empower the community at a time when hardly any progress was being made towards their education, health and employment.

Hore was working for the LGBTQ community in different districts of Bengal when he was asked to list a charter of demands to be placed before the local administration and politicians under the unManifesto campaign supported by UNFPA last year. Out of the seven demands collected from diverse backgrounds, one of the most significant demands was the creation of employment opportunities for transgender people. “We had focus group discussions on many issues in rural and semi-urban areas and glaring facts were exposed,” he said.

Some of those facts – that the mainstream society does not accept anyone beyond the male-female gender norm, that those living beyond this continuum (here, transgender) are subject to harassment and are deprived of human rights – are well documented.

Bappaditya Mukherjee, the founder of Prantakatha, an NGO that works for the upliftment of marginal communities, said, “Transgender people are even ousted from their share in paternal property. The ones we spoke to were all forced to leave home by their own families. Often, this forces them towards professions like begging (challa) or risky sex trade (badhai). Some also migrate to Bihar to perform the ‘lounda dance’ during wedding ceremonies, and are exploited sexually.”

It is in this scenario that Sathrangi has managed to bring together artists with untapped potential. Supported by Amitei Trust, Association of Transgender/Hijras in Bengal, NSS, SGEA Sunderban and Dristi, and in partnership with Katkatha, which runs a school for children of sex workers in GB Road, Delhi, five transwomen, twelve human trafficking survivors, five women farmers and three girls from red light areas have begun producing scarfs made of malmal, Bengal silk and gamchha, cotton handkerchiefs, jute bags and accessories.

Other ventures focusing on transgender community

While this venture is led by transwomen and meant for anyone who identifies as female, Delhi’s Ramjas College has, through its entrepreneurial student body Enactus Ramjas, developed project TransCreations in 2011 to benefit the transgender community. It started with jewellery making and has now diversified into more socially inclusive ventures such as cab and e-rickshaw driving along with opening up of VIBGYOR, a beauty parlour solely run by members of the transgender community. “We started with a meagre seven members but have been able to create economic opportunities through jewellery making for an estimated 50 transgender individuals, each earning a monthly income in the range of Rs 7,000-8,000. We also launched ten transgender cab and moto drivers in the summer of 2016 all across Delhi NCR,” said Vardhan Goyal, the president of Enactus.

Anam Prem, a Mumbai-based group of volunteers, have also been trying to bring the community into the mainstream since 2005. In 2016 and 2017, it conducted a Trans and Hijra Empowerment Mela, under the initiative Anandi Anand Gade (Joy for All). “In 2016, about 1,800 people came to the mela at Borivali. We had 25 stalls run by three-four trans-people, each selling food items, jewellery, salon services etc. The transgender community came from across India. This year, the mela was even more successful as many of them got work offers beyond the two days,” said Krupali from Anam Prem. The mela saw motivational talks from Priya Patil, first transgender to contest BMC elections, and Madhuri Sarode, first transgender to openly get married.
The fact that the group organised the mela in Bandra, a posh locality, and yet found adulation, helped break several myths, according to Krupali. “The transgender community can shake off their own self-doubts whether they will be accepted after such success. The aim was dual – to change perceptions and to give them entrepreneurial options,” she said.

The newly created Sathrangi, on the other hand, launched its concept and products recently at a programme held in the American Center Kolkata. Dr Satadal Saha, co-founder and CEO of Sirona Hospital Group was present at the event where he promised to take at least two transgender people as paramedical staff in his hospital. Similarly, industrialist Namit Bajoria, the director of Kutchina Foundation, also affirmed his support for the community by promising jobs sans discrimination. “Whoever buys my product is my client, so discriminating people based on their identities doesn’t arise. If they have skills, then they can be a part of my workforce,” he said. 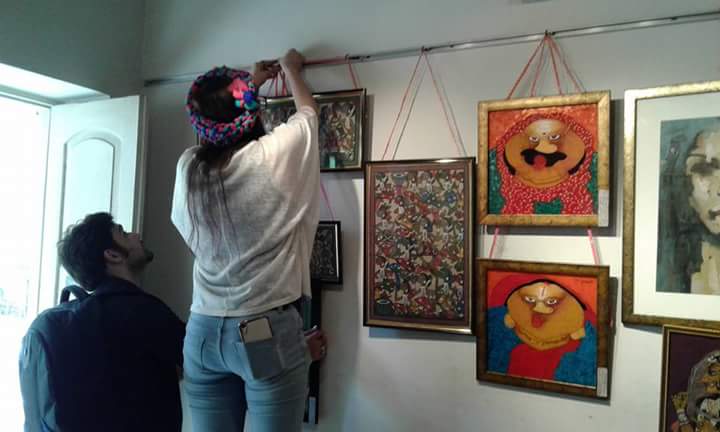 Arindam Saha Kundu, 36, who is associated with Gour Banglar Sanghati Samity (GBSS) in Malda district of West Bengal, says, “I am a transgender and have faced bullying since childhood due to my feminine nature. I was sexually abused two times and pelted at. Between 2012 and 2015, we formed GBSS and ran an HIV/AIDS awareness project that brought us some relief in terms of livelihood. But as the project ended, we became jobless. So we set up a self-help group where we created handicraft products. When Hore started Sathrangi, we joined him.”

Diya, a trans woman who ran a boutique from her home, agrees. “Earlier, people stared at me instead of the things I created. It feels good to be recognised for my talent for a change. More than the salary, it is about our self-esteem,” she says.

Ananya Chaterjee Chakraborti, the chairperson of West Bengal Commission for Protection of Child Rights, summarises the effort well. “We have already created a position for a transgender person in our board and we are against transphobia. So this is a good effort.”

Runa Mukherjee Parikh is an independent journalist with news websites like The Quint and The Swaddle.