The Centre had earlier amended an export manual to do away with the word ‘halal’ as Hindu groups had objected to it, saying that it promoted trade by Muslims. 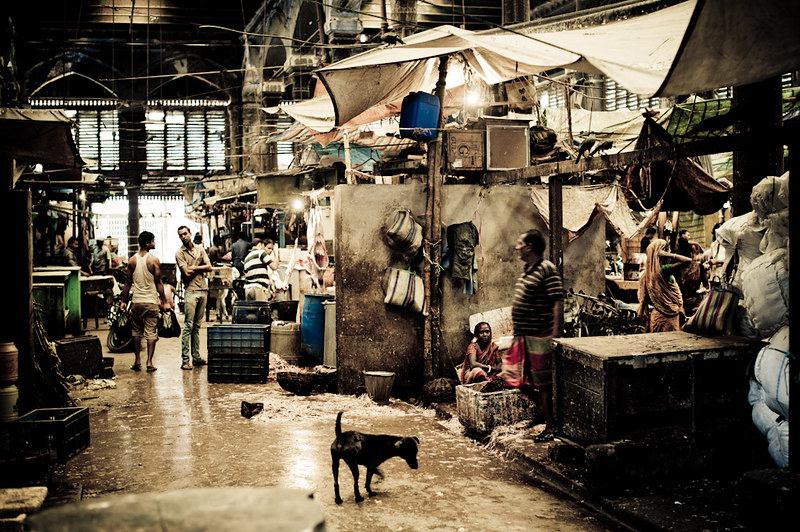 New Delhi: Within a fortnight of the Centre-run Agricultural and Processed Food Products Export Development Authority (APEDA) directing the removal of the word ‘halal’ from a red meat manual that lays down terms for meat export, the BJP-ruled South Delhi Municipal Corporation has made it mandatory for all shops and restaurants serving meat to specify whether they serve ‘halal’ or ‘jhatka’ meat.

‘Halal’ refers to a method of slaughtering animals most often followed by Muslims. ‘Jhatka’ is another method, usually followed by non-Muslim slaughterers.

The move by the civic body has led to confusion among restaurateurs, while meat traders are befuddled as to what its purpose would be. Since a majority of Muslims only consume meat that is cut the ‘halal’ way, many believe the order has been issued to drive a clear wedge between the two communities on the basis of their food preference.

On Thursday, Leader of House in SDMC, Narendra Chawla, declared, “People have right to know what they are eating and how it is served. We’ve made mandatory for all to write ‘halal meat’ or ‘jhatka meat’ in restaurants and shops serving meat. We’ll be writing to registered restaurants.”

The resolution passed by the SDMC House cautioned that action would be taken against those who would flout the rules. “There are thousands of restaurants in 104 wards of four zones falling under South Delhi Municipal Corporation. Out of these, meat is served in about 90% of restaurants but it is not mentioned whether the meat being served by the restaurants is ‘halal’ or ‘jhatka’,” it pointed out.

Several meat traders, hotel owners and restaurant associations have since criticised the order, claiming it serves no real purpose.

Some of them pointed out that in meat trade, it is price rather than the style of slaughtering that is the chief concern. General secretary of the Delhi Meat Merchant Association Irshad Qureshi was quoted as having said, “Hoteliers and other traders usually do not differentiate between the two (styles) and for them, price matters.”

He added, “Muslims differentiate more between ‘halal’ and ‘jhatka’ than Hindus. Muslim butchers naturally have expertise in the ‘halal’ variety…”

The meat trade also employs a large number of Muslims. It is estimated that over 80% of meat coming out of the Ghazipur slaughterhouse is of the ‘halal’ variety.

The SDMC order is expected to cause confusion as until now most visitors to restaurants used to pay little regard to the way the meat served there had been cut. Since most Hindus had no objection to consuming halal meat, most restaurants served it. But now, many of them said, they may have to stock both kinds of meat in order to meet demands. This would only add to the costs and wastage.

A restaurateur who runs his establishment in a mall said the order would therefore “lead to unnecessary logistical issues for business owners”. He added that ‘halal’ meat is almost universally accepted and customers who are not Muslims have never had reason to ask how their meat has been slaughtered.

Earlier this month, an order by APEDA had asked for the removal of ‘halal’ in the revised manual.

In its order, APEDA, which comes under the Union Ministry of Commerce, amended its manual that earlier read:

“…The animals are slaughtered strictly according to ‘Halal’ method to meet the requirement of Islamic countries”.

The section was amended to read:

“The animals are slaughtered to the requirement of importing country/importer.”

Exporters pointed out that certification of meat was done in view of the requirements of the importing country, as mentioned in the revised manual as well, and that the removal of the term ‘halal’ had little or no implications on the ground, but admitted that it carried symbolic significance.

The order came after Hindu groups complained that the use of word ‘halal’ in the manual implied that APEDA was making it mandatory for exporters to buy and acquire only ‘halal-certified’ meat. The Vishwa Hindu Parishad (VHP) was among the organisations which had raised the demand.