In an interview to Karan Thapar, the former chief statistician and present chairman of the Standing Committee on Economic Statistics said he was worried that the Finance Ministry's package would not help the poorest. 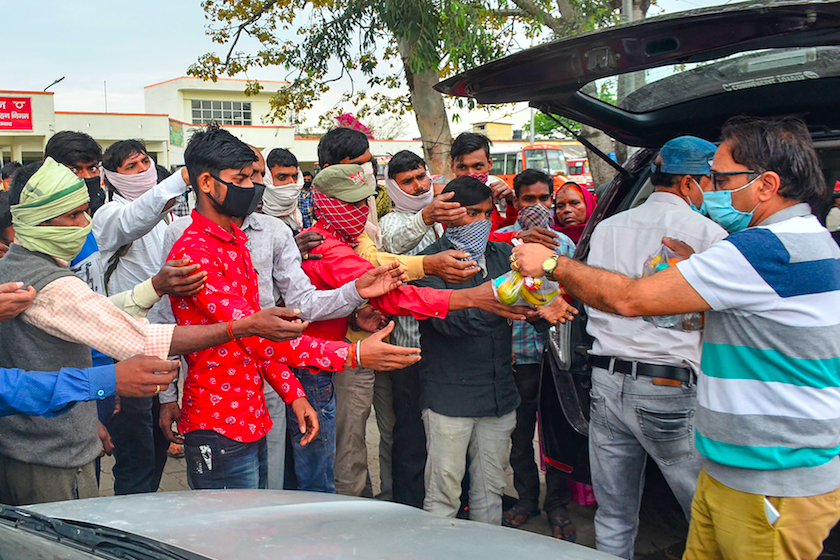 If their wives have Jan Dhan accounts, then those accounts will be with banks in their villages and not in the cities where they work. The money can help their families but not them. This means that daily-wage workers who are not registered construction workers — and who will therefore be covered by the construction workers relief fund — have been left to fend for themselves.

This is because our system has no mechanism for reaching out to such people, said Sen. Nor, it seems, has the government attempted to hastily put one in place.

In a nearly 60 minute interview to Karan Thapar for The Wire, Pronob Sen said this is why these daily-wage workers are walking back to their villages in thousands through the temperature is rising and there is no food or shelter available during the journey which will take days. “They’ve lost trust in the system”, he said. They are perhaps hoping that on April 14, when the 21 days lockdown ends, the system will function again but till then they have greater trust in their village social kinship networks than the government’s ability to look after them.

Pronob Sen told The Wire that panic had been created by the Prime Minister’s incorrect use of the term ‘curfew’ to describe a lockdown. A curfew is very different and not only did that word make people over-react but it was also probably responsible for the behaviour of the police.

Also read: Sitharaman’s Coronavirus Package for the Poor May Not Bring Immediate Relief

Sen said the situation facing unorganised sector workers, who have lost jobs, was no different to that of daily-wage workers but in one sense worse, because now they would have to scout for work on a daily basis without having had the experience of doing this before. Speaking about self-employed Mudra entrepreneurs, Sen said that though the RBI has deferred three months’ payments on their loans, they too would lose income and their condition is unlikely to be any better than that of unemployed unorganised sector workers.

Sen said in these circumstances, with tens of millions of people living in cities without jobs, food and very little or no savings, and with despair and despondency setting in, “food riots are a very real possibility.” After having been questioned, he clarified this was not just a theoretical possibility. He was “very worried”. After all, he said, its happened before. It would not be a new thing. 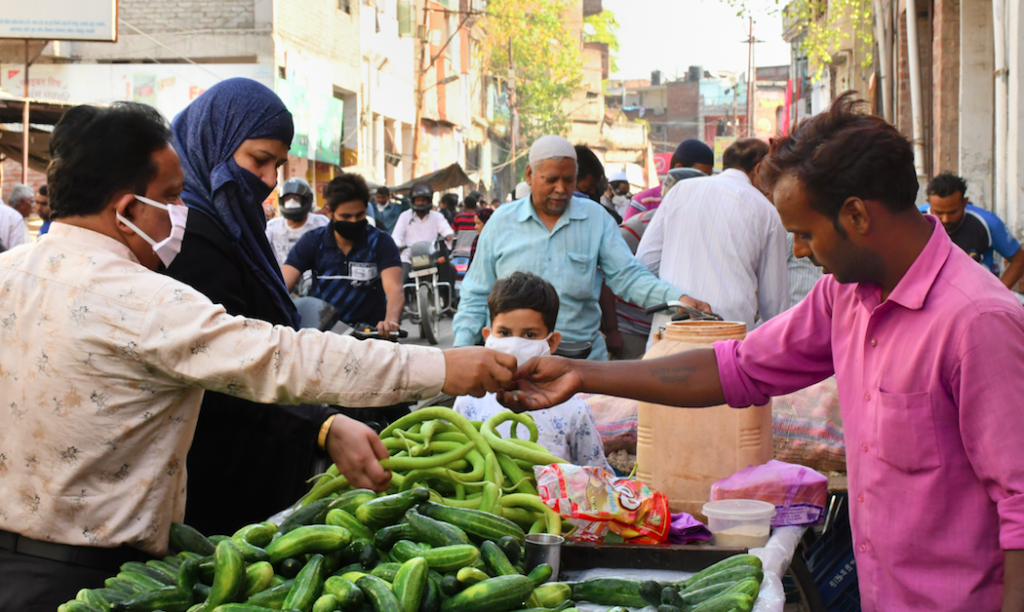 Locals throng a market to buy vegetables, during day-3 of a nationwide lockdown, imposed in the wake of the coronavirus pandemic, in Kanpur, Friday, March 27, 2020. Photo: PTI

Sen told The Wire that offering hope to landless agricultural labour by raising the MNREGA rate to 202 when you know that the lockdown will not permit work at MNREGA worksites was “cruel”. It was clearly the “illusion” or “delusion” of hope when the promise can’t be realised.

Speaking about the impact of the lockdown on farmers, Pronob Sen said the fact it coincided with the Rabi harvest and procurement period made it particularly tricky. If primary mandis stay frozen and inactive, or if they function but secondary mandis do not buy from them, farmers could be badly affected. He pointed out to The Wire that this was a problem finance minister Nirmala Sitharaman had not addressed. However, if mandis function then the front-loading of PM Kisan would cover their interim needs. But as yet we don’t know whether mandis will function.

Sen said that in India’s federal system the real burden of helping the most vulnerable would fall on state governments but they do not have the capacity to raise resources for this nor all the necessary permissions from the central govt. He said the centre must immediately give them the necessary authority and agreed that so far there is no public sign the Modi govt has done so or is going to do so.

Also read: In India, Neither Tokenism Nor Panic Can Help Counter this Unique Crisis

Speaking about the 1.70 lakh crore total cost of Thursday’s measures, which is under 1% of the GDP, Sen told The Wire that on the assumption there were many more steps planned this was a good first step. So far we can only hope more is to happen. But, he added, those future steps need to be taken at the state govt level and for that to happen the centre must enable the states. So far it hasn’t. He also said there was an onus on state chief ministers to ask for such enabling and added that he hoped that such requests had been made, even if only behind closed doors.

Sen further said at this stage the crisis did not call for a big increase in the fiscal deficit because the problem was largely a supply-related freeze and not a demand-related concern. In earlier interviews to The Wire he has called for expanding the fiscal deficit to upto 5 or 6%. He did not repeat that call on this occasion.

The above is a paraphrased precis of Pronob Sen’s interview to The Wire. The portions in direct quotation marks are accurate quotes. The full interview will go up on The Wire’s website by 10 pm tonight.