To Kolkata, From Baghdadi Jews, With Love

During the late 1800s, Kolkata (then Calcutta) was a migrant hub. Among the Chinese, Greeks, Burmese, Armenians and Parsis were the Baghdadi Jews. This unique community is striving to keep its culture alive and food is playing a major role. 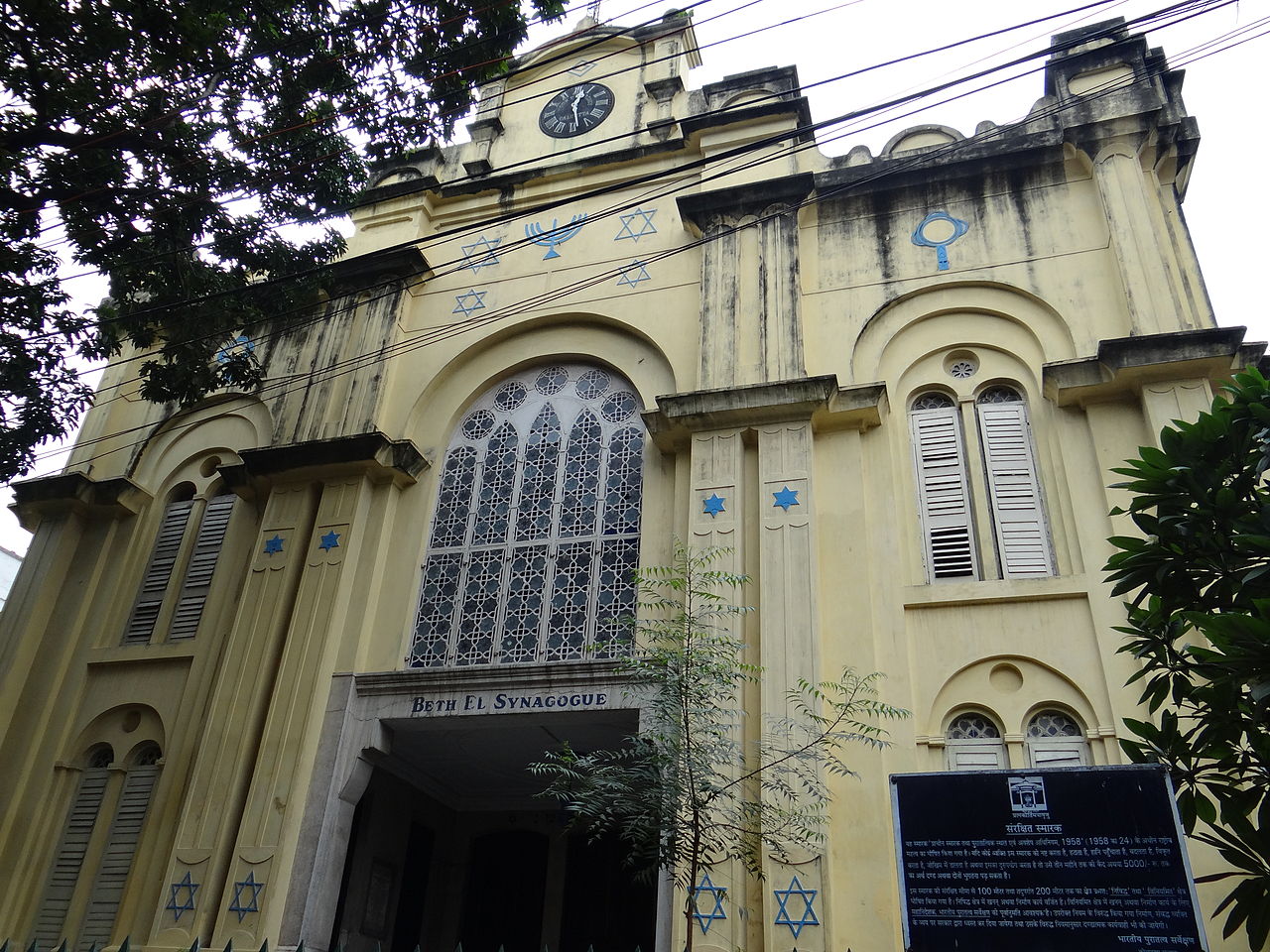 Crisp on the outside, soft inside, the golden brown, whole fried potatoes were brought piping hot to the dining table. My father, David, urged his guests to abandon even trying to tackle these “jumping potatoes” with their forks and knives. “Just sink your teeth in them!” He had remarked cheerfully. We did and enjoyed the crackle in our mouths that slowly yielded to the soft, oozing centre melting on our tongues. Aloo makallah was definitely the star attraction of Baghdadi Jewish meals and a Calcutta specialty.

Calcutta’s Jews of the Middle East

My father’s ancestor, Shalome Obadiah Ha Cohen, was the first Jew to come from Aleppo, Syria in the late eighteenth for trade in Calcutta and make it his home. Yet, our Middle Eastern community is loosely called ‘Baghdadi’ as we followed the liturgy of Baghdad, a centre of Jewish learning. We Baghdadis flourished in the port cities of ‘Jewish Asia’ that stretched from Baghdad to Shanghai. In Karachi, Bombay, Calcutta, Rangoon, Singapore, Penang, Djakarta, Hong Kong and Shanghai, small enclaves of Jews relied upon one another for religious, financial and social support. Marriages, commercial news, business and family connections welded us into a powerful economic and cultural presence in the East.

In Calcutta, the second city of Empire, we adapted to our new home and shifted from being Judaeo-Arabic to Judaeo-British in our language, as well as shifted in terms of dress and cultural orientation. We lived among Anglo Indian, Parsis, Armenians, Chinese as well as Hindus and Muslims. Our food maintained its Middle Eastern hallmark but drew generously from the culinary traditions around us. At home, we also ate dals, rice and bhajis and our cuisine evolved along with the strong Indian accent. It became spicy and tangy with ginger, green dhania (cilantro), chillies, tamarind and spices. Calcutta’s fresh produce gave greater variety to our fare. 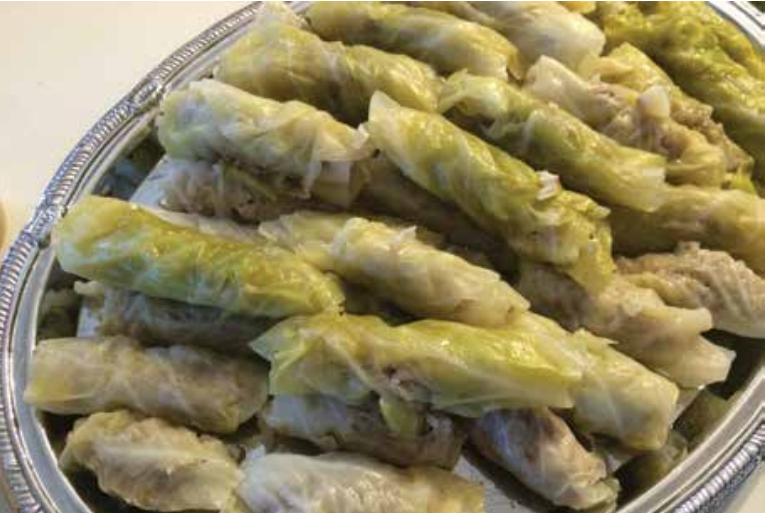 Growing Up Jewish in Calcutta

My mother, Flower, grew up in the hothouse of the Baghdadi community that was very vibrant till the mid-20th century. Due to a plethora of reasons, especially migration, the numbers dwindled very rapidly. From a peak of more than four thousand people, three synagogues and a prayer hall, there were about 700 Jews left by 1970s. It seems fitting that Shalome was the first to come here and I am among the last – there are now barely twenty members of our community left in the city. “The last of the Mohicans,” I guess.

Mum grew up in a religious home and is very familiar with Baghdadi Jewish customs. A splendid cook, author of several recipe books, she owned the Maharaja – the first Kosher Indian restaurant in Jerusalem. She is a cultural resource on the community that is now resettled in the UK, Israel, the USA, Canada and Australia where the elder members of the community still cook and relish their Calcutta Baghdadi food.

Flower’s grandmother, Farha Baqaal Abraham, came from Basra to Calcutta on her own volition as a young bride of fifteen to marry Saleh, her father’s business partner. Also a consummate cook, Farha was known for the many specialty dishes she prepared. One of them was baklava, which along with other Arabic sweets were very prized at weddings, khatbas (engagement ceremonies), bar mitzvahs (coming of age ceremonies for young boys) and other festive occasions.

Flower remembers Farha rolling out thin flaky filo sheets of pastry and placing them on a large khuncha – a round, copper tray. Her dadi painstakingly layered the filo sheets with almonds, sugar, rosewater and cardamom and then cut it into diamond shapes before sending them to be baked. When the trays returned from the bakery, Farha poured hot sugar syrup over the baklavas and allowed the crispy topped pastry to cool in its sugary syrup.

Farha was also famous for her makhbooz – almond samaboosas (crushed almonds, rosewater and sugar inside a thin filo dough), pistachio mulfoof (a thin pastry with crushed pistachios inside) and various Malfouf, the Middle-East cabbage delicacy July 2017 Food and Beverage Buzz 19 At home, we also ate dals, rice and bhajis and our cuisine evolved along with the strong Indian accent luzinas (confections made from nuts, sugar, fruit and vegetables including pumpkin and quince). Prepared in her kosher kitchen, they were much in demand as Jewish customers could not buy food items from non-kosher confectioners. 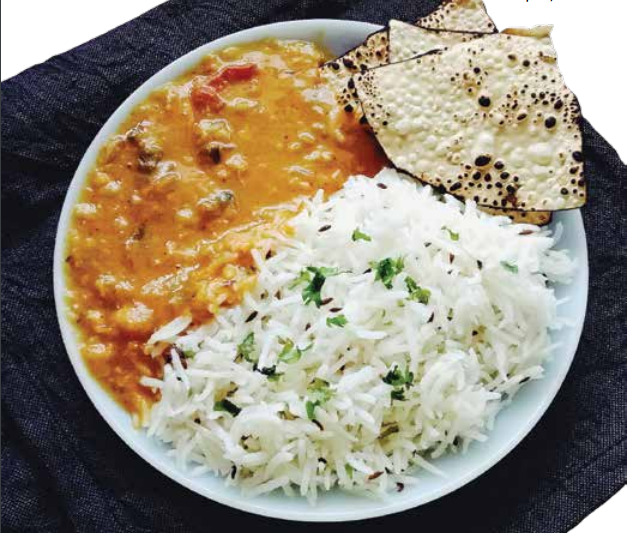 At home, we also ate dals, rice and bhajis and our cuisine evolved along with the strong Indian accent. Credit: Food and Beverage Buzz

Nahoums, the famous Jewish confectioners, still has a commanding presence in the New Market. It started as a small door-to door business selling these items as well as jibben, a Jewish plaited, salted cheese. There were a few other Jewish tradesman who sold similar items including kulichas, (a cake made from semolina, oil, sugar and eggs with a sprinkling of black poppy seeds), date babas which was pastry filled with mashed dates and sugar, kakas which were crisp bagel like rings of salt pastry, cheese and almond samboosas. Halkoon (Turkish delight), sumsum (sugar candy encrusted with sesame seats) and halva rashi which was a halva made from till seeds were also popular.

Family and friends eagerly awaited Friday night at our home as my mother, Flower, used to ensure we had wonderful dinners to welcome the Sabbath. Karmalli, who had been the cook to my grandmother, worked all day to prepare these gargantuan meals with help from an assistant or assistants depending on the number of family and guests expected. Dinner was only served after we sung the prayers and made brachot (blessings) on the wine and two loaves of bread. The sweet grape wine we sipped was kosher and prepared and bottled on the Bethel synagogue premises.

Friday night menu was fixed. Of course, the first course always consisted of aloo makallah, hilbe – a green viscous chutney made from fenugreek (methi seeds), which is a sauce of Yemeni origin, zalata (a cucumber salad with mint and vinegar), mahashas (stuffed vegetables) and roast chicken. This was followed by a curried dish and pilaf. Roast chicken and mahashas accompanied the famed aloos. The chicken was flavoured with ginger, garlic, cinnamon, cloves, bayleaf and cardamom. Mahashas, colourful whole vegetables stuffed with chicken and mint flavoured rice, were glazed with tamarind for a pungent zing. Tomatoes, cucumbers, onionskins, eggplant, green and red peppers were scooped out for the stuffing to be placed inside. Beet and lettuce leaves replaced vine leaves in which the aromatic filling was wrapped.

The curry served as the second course differed each week. Made of fish or chicken with coconut or tamarind was a technique picked up from Cochini Jews. As Jews are not allowed to mix milk and meat, the idea of substituting coconut milk was a masterful addition to Baghdadi cuisine. Sometimes, a finely chopped bamboo curry made with chicken, duck or fish in rich coconut gravy was favoured. Tender bamboo – very popular among Bengalis, Chinese and Anglo Indians – was yet another addition to our food. Chitanee, chicken or fish in a sweet sour gravy of onions and tamarind or a much lighter bamia khatta or beet khatta with chicken and kubbas was also on the menu. A kubba was a ground rice paste dumpling stuffed with minced meat and cooked in the stew.

Jewish men went to synagogue on Saturdays and came home from the Shahrith service to the aroma of chicken and sweet spices wafting through the door. As Jews are not allowed to ‘light a fire’ on Sabbath, the hamim started cooking on Friday night on slowly dying embers. This one pot meal is made with a whole hen with the skin in tact stuffed with rice, livers, gizzards and peas and flavoured with cardamom, cloves, bay leaf and cinnamon. It was sometimes also made with wheat. Ginger and garlic was added for flavouring. The whole hen is immersed in a pot of stew consisting of rice, chicken pieces, tomatoes and carrots when in season.  Often kubbas, the hamim started cooking on Friday night on slowly dying embers Jewish food is flavoured with ginger, garlic, cinnamon, cloves, bayleaf and cardamom July 2017 Food and Beverage Buzz 21 the round rice dumplings were added as were eggs with their shells. The eggs were placed on top of the hamim being cooked and would turn a deep brown colour.

On Sabbath morning, three dishes would miraculously emerge: the whole stuffed hen called the hashwa (stuffed in Arabic); shorba, a rich stew of rice and chicken (thick soup); and hakaka, the dark brown crust at the bottom flavoured with chicken that gets its name from the word Kak which means crisp in Arabic. When my grandmother prepared hamim in London her incredulous English neighbour peevishly, but in polite British fashion, asked: “While the smells from your kitchen are tantalising, what is it that you cook in the middle of the night?”

Pickles and condiments – bamboo, mango, eggplant and tomato – were made by Jewish housewives and they accompanied all meals. One of their specialties that I only heard about but never tasted was mariam aachar, a fruit that came from Burma that closely resembled an olive. This green vegetable with a pit substituted for the olives so ubiquitous in the lands from where we came. The famous Middle Eastern red turnip pickle that was sliced turnips in brine covered red with beetroot was always a large ceramic or glass jar of this michalilla in every home. 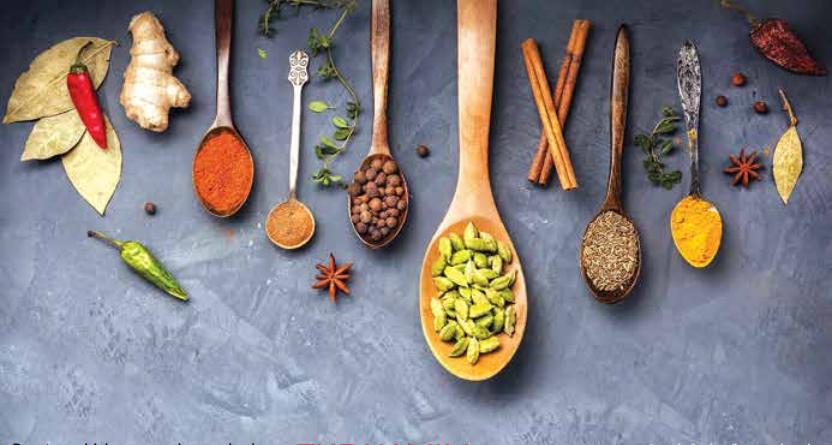 Our cooking is labour intensive but was made possible because our families were large and extended. Women of the family teamed up to prepare the food for feasts and festivals. Telescopic tables or tables with several leaves, were standard furniture to accommodate the large get-togethers that centred around food and prayer.

Jewish women, along with their male Muslim cooks, helped prepare the meals with a strict eye on kashrut. As Muslims were familiar with halal and also did not eat pig’s meat, we also entrusted the maintenance of our synagogues to generations of Muslim care-takers who still perform this role. Affluent homes employed a Jewish man called a mashgya (steward), a ritual slaughterer, who lived on the premises. His duty was to supervise the cleanliness of the kitchen, and inspect the fruits and vegetables.

Recalling Bygone Days Long gone are the days when large families gathered regularly to eat at tables groaning with food. They relish the memories of these lovingly prepared, sumptuous meals cooked by their mothers, aunties and grandmothers, or by the numerous ‘Jewish cooks’ trained to work in Jewish homes. Recalling, relishing and recording these memories seems to me to be deliciously worthwhile.

Jael Silliman is an independent scholar, consultant and writer. Her work on the Baghdadi Jewish community includes Jewish Portraits, Indian Frames: Women’s Narratives from a Diaspora of Hope, two novels, The Man With Many Hats and The Teak Almirah and numerous articles in popular magazines as well as academic journals.

The print version of this article was originally published in Food and Beverage Buzz.